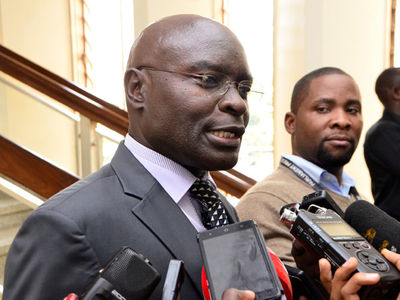 The Electoral Commission (EC) has set up a team to handle the verification of supporters for nomination of candidates for the 2021 Presidential Elections. The verification process according to a statement by the EC kicks off today. As of September 25, 2020, at least 82 aspirants had collected nomination and supporter forms. Among these are five political parties, namely, Alliance for National Transformation (ANT), Ecological Party Uganda (EPU), National Resistance Movement (NRM), National Unity Platform (NUP) and Revolutionary People’s Party (RPP).The independent candidates are seventy seven, where nine of are female. “Due to the sizeable number of signatures required for nomination as a Presidential candidate, the Commission has advised aspiring candidates to submit the lists of supporters to the Electoral Commission for verification at least two weeks before the nomination dates, that is, at least by October 16, 2020,” the statement reads in part.Presidential aspirants have been advised to collect more than 100 signatures from each district/cities, to cater for shortfalls. Advertisement

“Presidential aspirants who attain verified supporters from at least 98 districts or cities shall be issued a certificate which they will present to the Returning Officer on nomination day,” the statement further reads.According to the electoral roadmap, nominations will be conducted between November 2 and 3, 2020.