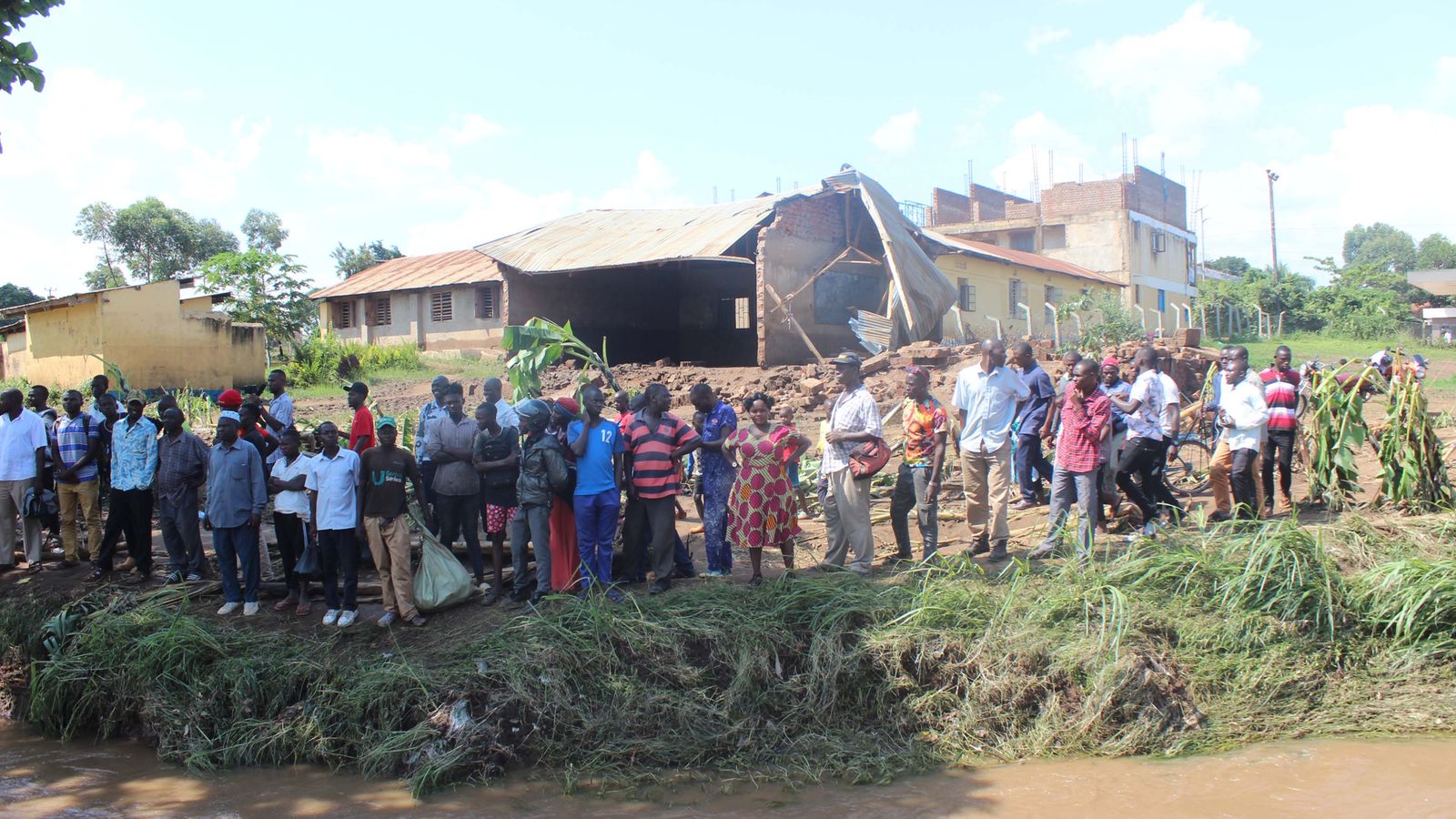 Experts are warning of more sweeping consequences to life and livelihood after extreme weather events tore through the sub-regions of Bugisu, Sebei and Karamoja with devastating effects in the past weeks.

The volatile weather patterns—from heat waves to heavy rains—pose a threat to Uganda’s food stocks, and to human security. An investment profile of Elgon region (comprising the sub-regions of Bugisu and Sebei) put together by Uganda Investment Authority in 2018 illuminates a food system that teems with coffee, bananas, Irish potatoes, peas, beans, fruits, maize, wheat, barley, other horticultural crops and livestock activities.

The low-lying areas in Bugisu Sub-region, which were inundated as last weekend’s floods affected 800 households, are known for grain production.

With many crops now destroyed or submerged by floods, there are growing fears that a reduction of grain production in the sub-region is inevitable. Besides crops rotting in the ground, experts have warned that failed harvests and drowned livestock could make for a grim future in the Sub-region.

This potential negative impact on crop yields comes after four consecutive failed rainy seasons pushed residents of Karamoja Sub-region to the brink of starvation. Experts have described episodes in which floods and drought live side by side as classic climate change consequences in which the wets become wetter and hots hotter.

Ms Agnes Kirabo, the executive director of the Food Right Alliance (RFA), told Saturday Monitor that the current state of affairs should serve as a reminder of the stark realities that confront Uganda’s food system.

“We do not have leadership and governance in the food and nutrition system,” she said, adding, “There are no policies or legal and institutional frameworks, which would be responsible for planning, coordination, attraction of investments and data collection.”

The government’s early warning system or the dearth of it, has seen it become the object of withering criticism. In the House this past week, Speaker Anita Among asked the government to “scale up on…climate change adaptation and mitigation interventions.”

Prime Minister Robinah Nabbanja had revealed on the floor of Parliament that “the government, through the minister of Disaster Preparedness, has provided relief food to a tune of 50 metric tonnes to Mbale City and Kapchorwa” .

It chimed with past narratives from the government around responses to extreme weather events.

On July 19, Mr Hilary Onek, the Relief, Disaster Preparedness and Refugee minister, flagged off a consignment of 790 metric tonnes of food items as part of a Shs135 billion government response to the dire food security and malnutrition situation in Karamoja.  There has, however, been unison from lawmakers across the affected sub-regions in asking for a lasting and not episodic solutions from the government.  Ms Kirabo believes the lawmakers are right to draw critical attention to the perceived firefighting.

“You cannot firefight hunger. That is a principle. The second principle is that it is cheaper and easier to mitigate a hunger situation than respond to it,” she told Saturday Monitor, adding: “The two principles are telling you that there must be a systematic and structural arrangement to deal with hunger. You must have systems and structures that plan for interventions and investments and then mitigate hunger situations.”

Agriculture minister Frank Tumwebaze was quick to deny any firefighting from the government.

“Uganda has been food secure for a very long time, so you cannot say we are firefighting. Even now, we are not firefighting,”  he said of the drought in Karamoja, adding: “We anticipated this as early as May, June when we saw rain becoming erratic and not coming as expected.”

Mr Tumwebaze revealed that the plan to boost food production entails supporting smallholder farmers through the Parish Development Model and partnerships. He added that support to large scale farmers is also tangible, and it’s aimed at increasing the percentage of arable land under cultivation from about 34.4 to 50 percent in the medium term and 70 percent in the long term.

“We want to ensure that every farm, every piece of land that is idle is put under production,” he said, adding that this is not a firefighting measure but rather “a deliberate strategy” .

This has not precluded Ms Alice Alaso, the National Coordinator of the opposition Alliance for National Transformation (ANT), from concluding that the government has neither the will nor the commitment to address the threat of climate change.

“It is unwillingness to intervene because these kinds of things have been very cyclic in Teso [Sub-region] from 1994,” she declared, adding: “Any responsible government would have found a way of trapping that rainwater in a flood plain, which gets flooded and the water destroys food only for a drought to come meaning that there is no food.”

At the forefront of the risks, Ms Alaso highlights is the potential for humanitarian crises.

Experts say that it has not helped matters that challenges abound around post-harvest management and storage. In 1991, the government commissioned silos in Jinja before constructing others in Masaka, Kampala and Tororo. Meant to hold food reserves, the silos were subsequently leased to private firms and individuals.

In September 2011, the government announced that it had released Shs2 billion for the purchase of land in the districts of Soroti, Gulu, Arua, Hoima, Mityana, Kyenjojo, Mbale, Iganga, Kabale, and Bushenyi. The end goal was to set up silos with a total capacity of 250,000 metric tonnes of cereals or legumes. The government intended to buy and store surplus produce from farmers and only release it to the market in cases of shortages.

“You cannot talk of reserves when you have only 34 percent of your arable land in production. What will you put in the food reserves?” Mr Tumwebaze asked, adding: “So let us boost production and thereafter have the reserves.”

As extreme weather events take a disproportionate toll on poor, weak and elderly people across the country, Ms Kirabo reckons a change of tack is due.

“We need an institution that presides over the planning and the investment and manages the food stocks in the country. It is because we do not have it that we do not have food reserves,” she said.

Ms Agnes Kirabo, the executive director of the Food Right Alliance suggests a body like the National Cereals and Produce Board of Kenya, a government agency that trades in grains, provides grain post-harvest services, deals in fertiliser and other farm inputs like seeds. She adds that whilst the warning signs about climate change and extreme weather events have been accumulating over time, perhaps they haven’t been sobering enough.

“If we continue in a prolonged drought then we are going to sit as a country, have a conversation and a reflection and the plan better,” she said, adding, “Otherwise if the rains come hurriedly, the rains will come and we will not be able to trap water in Karamoja and another drought will come and we go back to the same thing.”