“We’re ready for any spillover effects from Kenya elections”

UK’s Johnson under fire for second holiday in two weeks

We Want To Bring Sanity Back Into City; KCCA Kicks Off Boda Boda Census… 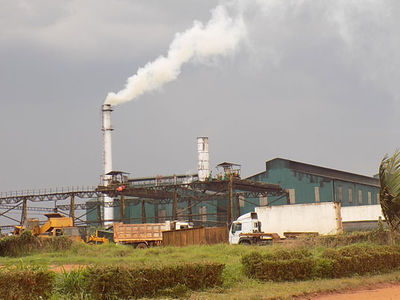 For so many years, locals in the Albertine region have patiently waited for commercial production of oil in vain.However, as the projections suffer one shift after another, many farmers, especially those in Kikuube District have turned their hope to Hoima Sugar Ltd, a cane processing factory operating in the area since 2011. For the last five years, locals have been providing out grower services in order to earn steady income.Sunday Monitor has established that the company adopted the out-grower scheme in 2015, and has now expanded to reap from 8,000 hectares of out-growers alone, in addition to their nucleus of 3,800 hectares. This implies that 65 per cent of the company’s cane is produced by out-growers.The company has not only expanded its wings to cover 163 villages in Kikuube and Hoima, but also come up with vast opportunities such as employment and market for the locals.By the time of our visit last week, Hoima Sugar had a registered pool of 3,500 farmers as out-growers.Mr Rajasekaran Ramados, an agro engineer at Hoima Sugar Ltd, told this reporter that the company employs 567 men and women directly, and  another 800 people indirectly.“All our employees are from the local community,” Mr Ramados said.The out-growers too, extend employment opportunities to other locals in the community and the chain continues. To cement their relations, the factory offers capital input to farmers.  The package includes bush clearing, ploughing, weeding, as well as farrowing and harvesting. The cost is, however, recovered at the end of the chain by deducting the amount injected from the farmer.Isn’t this disturbing? No, the farmers say.Mr Patrick Kyaligonza, 43, a resident of Kiswaza Village, Munteme Sub-county, says: “I am happy that I have acquired a tractor on loan, I now cultivate more than 80 acres every year, up from only 15.” From his first harvest of 15 acres, Mr Kyaligonza  says he received Shs75m, paid part of the loan and retained Shs35m. On the second harvest, he says he earned Shs100m after deductions, he walked home with Shs75m.For Mr Justus Birungi, 56, a resident of Kuhenda, Kabwooya Sub-county in Kikuube, the company came as a blessing.Mr Birungi is also the spokesperson of the out-growers association.“Since the establishment of this factory, many people have developed. Many of us had land without capital to invest on it. This company gave us capital . They also give seed capital and when it’s harvesting season, they bring the labourers whom they pay,’ he reveals. At first, Mr Birungi did not have money but he benefited from Shs50 million capital support to cultivate his 36 acres of land.Mr Robert Mwesigwa,59, a farmer and also the chairperson of Kiswaza Village,  says: “I have benefited a lot; first at an individual level, I have been able to get lumpsum money that I had never got before,’ he says. Hoima Sugar, also undertakes corporate social responsibilities such as conducting routine medical camps, feeding learners and constructing roads. Many locals have  also been connected to electricity and tapped water.The company has improved a total of 47 roads within Hoima and Kikuube covering between 1km and 20km each. Advertisement

“We are putting up a clinic which will be expanded into a hospital within the complex. The facility will be accessed by the population at a minimum charge,’  Mr Ramados says.With all these developments, the land value in a remote Kiswaza town has increased multiple times from only Shs300,000 to Shs10m for a plot of 50ft by 100ft. The township is also a bee-hive of activities ranging from petty food vending to large scale real estates. Not a bed of rosesDespite the positive impact, Hoima Sugar has been facing resistance from environmental activists for allegedly encroaching on Budongo forest but the company maintains it has never encroached on Mother Nature and is instead using land donated by Bunyoro Kingdom with clear undertakings.Recently, the National Environment Management Authority (Nema)issued the company an Environment Impact Assessment certificate, implying that they meet the required standards. Nema however barred the investor from using up to 13sq miles of the land donated by the kingdom.What leaders sayRichard Tabaaro Amooti, RDC Kikuube: ‘‘This factory has done a lot for the people of Kikuube and the entire region. When you see the infrastructure there, connecting the factory and the nearby population to the main road, it’s amazing.  Then, there is the aspect of employment. When you go to the factory during lunch time, it’s when you will tell the magnitude of work. Kiswaza is becoming a stop point for many people.’’ Francis Kazini Twinomujuni, Kikuube District chairperson: ‘‘Most of the benefits are clearly visible. Talk of employment opportunities; the youth have been given jobs. There are also private truck owners that are aiding the company’s fleet with trucks to ease their mobility. A number of roads have been constructed and we are very grateful as the district administration.  We are hopeful that soon, they will set up a health centre III to ease access to improved health care.’’

“We’re ready for any spillover effects from Kenya elections”

UK’s Johnson under fire for second holiday in two weeks