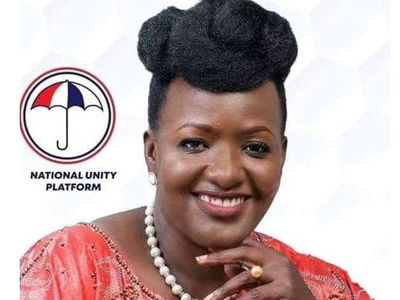 National Unity Platform (NUP) has named Kampala District Woman MP, Naggayi Nabila Ssempala as their party flag bearer on the city mayoral position. Ms Nabila who was vetted by the party electoral committee head by the Ms Mercy Walukamba, this morning together with Sheik Sali Kudra became successful with 83 per cent against 45 per cent in the scores. “I am here to stay and I know these are the people who stand for the underprivileged especially the women. The humiliation I went through while at FDC can never be forgotten and now is the time for me to show them what I am capable of,” Ms Nabila said shortly after the vetting process. The NUP party was thrown into a frenzy mood last week when Kawempe North MP Mr Latif Sebaggala opted out of the race a few hours after being vetted to contest for the Kampala mayoral seat. The party was forced to hold another vetting process after Mr Joseph Mayanja alias Jose Chameleone failed to fulfill some of the requirements for the position. VIDEO: Nabillah meets the NUP vetting over Lord Mayor bid Advertisement

Ms Walukamba said that the vetting committee would forward the results to the board for further verification before Ms Nabila is finally approved by the party. “Most of the work is done and we shall take it to the next step. We also would like to clarify that we could not take Mr Mayanja without him expressing that he wants the flag.Our constitution stipulates that in case of such a circumstance, we have to take on another vetting process,” she said. editorial@ug.nationmedia.com