We are ready to face chaotic 2021 elections – Amuriat

We are ready to face chaotic 2021 elections – Amuriat 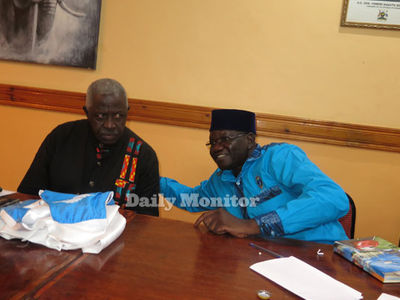 The Forum for Democratic Change (FDC) party President, Mr Patrick Oboi Amuriat, has predicted that the forthcoming 2021 general elections will be chaotic, violent, and with lots of money exchanging hands.Mr Amuriat who together with Mr Waswa Birigwa, the party chairman, is vying for the presidential party flag, said the violence meted on the NRM party loyalists shows the kind of elections the country will have in 2021.“We are going into this campaign of 2021 knowing that it is not going to be easy. It’s going to be chaotic, violent and there is going to be money everywhere. Luckily enough we have been in this thing for long and we have got to know about the twists and turns of this game and so we are prepared for whatever comes our way,” he said on Friday while canvasing for votes from FDC delegates in Ankole.“Let nobody believe that the FDC will be downtrodden and we remain laying down, we are ready to stand up and fight,” Mr Amuriat added.Speaking in Rukungiri on Saturday, he said following the NRM party primaries, people including those in NRM now believe that what the party has been crying about is right and they are getting surging numbers of NRM members coming wishing to join FDC.“What has happened in the NRM makes everybody including those in the NRM know that there is no justice that is being dispensed by the NRM and we are very happy that some people now see us a better option,” Mr Amuriat said. Advertisement

Mr Birigwa on the other hand said while the ground is not leveled for the other political parties against NRM, there will be a struggle for space. He asked party delegates to remain firm and support the party candidates who come up for various positions.The FDC party secretary-general Mr Nathan Nandala Mafabi asked party loyalists not to point fingers at each other for being supported or being given money by people from the NRM.“I beg you not to start accusing each other that the NRM people are poking you, there is no one they are not poking amongst us, it only depends on how firm we are. If they give you money, bring it to the party and we use it to do activities against them, the only crime is to betray the country because you have received the money,” he said.Mr Mafabi, Mr Jack Sabiti, and the chairman FDC electoral commission Mr Toterebuka Bamwenda met with the party delegates in Rukungiri following disagreements resulting from the party primaries that left the party secretary for mobilization Ms Ingrid Turinawe, Mr Robert Darius Tweyambe, and Ms Winnie Babihuga with no option but to stand as independents after losing the race for Rukungiri Municipality MP, Municipality Mayor, and District Woman MP respectively.Ms Turinawe accused Mr Mafabi of sidelining her and not listening to her plea for justice after petitioning the party following her loss in the July elections.