The Bugisu Cooperative Union- BCU board has been given another term in office.

Museveni: Cement Factory to Be Built in Karamoja

Places Your Child is Likely to Get Kidnapped

Bobi Wine is a nappy kid fooling himself- Otafiire 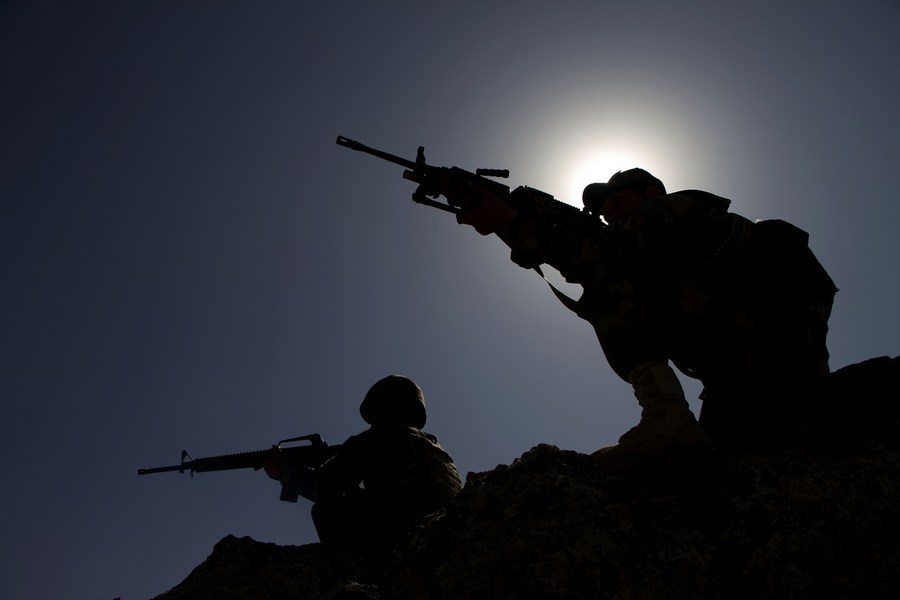 Afghan army soldiers in operation in Alishing district of eastern Laghman province, Oct. 5, 2020. (Photo by Saifurahman Safi/Xinhua).KABUL — The alleged war crimes committed by Australian soldiers in Afghanistan during their military mission have drawn strong reaction from Afghans, who condemned the killings of innocent people.
“Killing of unarmed individuals, civilians and non-combatants are war crimes. It is not important who has committed war crimes but all perpetrators of war crimes in Afghanistan must be brought to justice,” Eqbal Siddiqui, a private university student in Kabul, told Xinhua on Saturday.
Siddiqui strongly condemned the Australian troops’ barrages on Afghan civilians and asked for more investigations into the issue and the punishment of the perpetrators.
He also asked for compensation from the Australian government to the Afghan victims’ families.
Australian Prime Minister Scott Morrison has vowed that allegations of war crimes committed by Australian soldiers in Afghanistan between 2005 and 2016 will be taken “very seriously.”
He said the allegations would be pursued until “justice is indeed served.”
Morrison had a phone conversation on Wednesday with Afghan President Mohammad Ashraf Ghani to discuss the issue.
“In this telephone call, the Prime Minister of Australia expressed his deepest sorrow over the misconduct by some Australian troops in Afghanistan and assured the President of the Islamic Republic of Afghanistan of the investigations and to ensuring justice,” Afghan Presidential Palace said in a statement posted on its website.
Hassan Samedi, an Afghan shop owner, also denounced the killings, saying “the U.S. and the NATO-led coalition forces came into Afghanistan under the pretext of war against terrorism. But they also conducted war crimes, killing and torturing innocent Afghans, under the pretext of fighting terror.”
In a letter to Afghan acting Minister of Foreign Affairs Mohammad Haneef Atmar, Australian Foreign Minister Marise Payne “has extended apologies for the misconduct identified by the inquiry, by some Australian military personnel in Afghanistan,” according to the Afghan presidential place.
Australian Minister for Defense Linda Reynolds and Chief of the Defense Force Gen. Angus Campbell are considering the inquiry’s extensive findings and recommendations and will make public statements subsequently, the presidential palace statement quoted the letter as saying.
“We heard in media reports that the Australian government has itself released the war-violence of its troops in Afghanistan…” Sayed Naqib Haidari, an Afghan government worker, told Xinhua.
“The incident should be investigated deeply to reveal more and more possible violence against the Afghans during their stay in the country,” said Haidari.
Condemning the intentional killings, Haidari said the perpetrators should be punished accordingly.
The Australian Defence Force have recently released the findings of a four-year inquiry that found “credible evidence” of the special forces soldiers’ murdering of 39 prisoners, farmers and civilians during the war in Afghanistan.
Comments

The Bugisu Cooperative Union- BCU board has been given another term in office.

First Lady and Education minister Janet Museveni  (PHOTO/Courtesy).KAMPALA – The Directorate of Education Standards at the Ministry of Education will conduct compliance inspection of schools to ascertain the levels of implementation of the standard operating...

Some of the officials during court hearing on Abim district on Thursday (PHOTO/Courtesy).ABIM – In a first of its kind, Justice Wilson Masalu Musene, the Resident Judge of Soroti High Court on Thursday held a...

By ReporterPresident Yoweri Museveni has today, Sunday, commissioned the newly constructed Soroti Main Market in Soroti Municipality. The market will accommodate over 2,000 traders.The President had taken time off his campaign to open the Shs 24Bn market in...