Lawyer Kicked out of Court in Willy Mutunga’s Divorce Case

Zari Hassan opens up on reunion with Diamond Platnumz

Reckless sub-plot Behind Shenanigans of Our Presidential Candidates – UGNEWS24 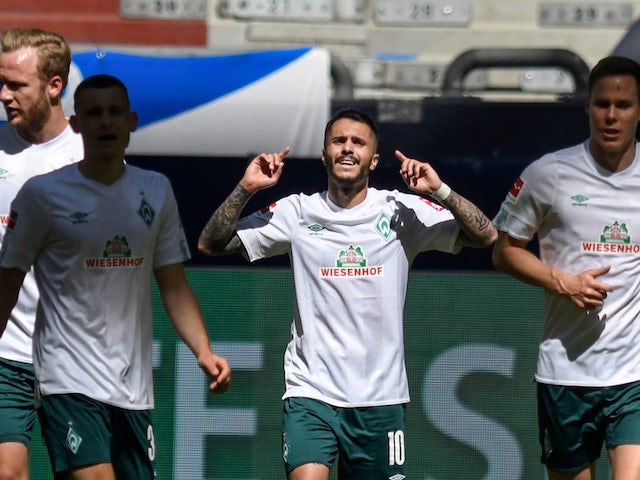 Bremen have lost just a single game all season. (PHOTO/Courtesy)Werder Bremen vs FC KolnWohninvest WERSERSTADION, BremenFriday, 06-11-2020 @8:30pm
Koln are struggling to keep up with the fierce intensity levels of the squads here.
They are yet to record their first win this campaign, and are understandably placed in the bottom-most tier of the table.
Meanwhile, the River Islanders are one of the most consistent teams in the league.
After the loss they faced on the opening day, the team have stayed invincible since, and are a single point away from possessing a European spot.
Going on, they also do have a great h2h record against this opponent, and had recorded a huge 6-1 win against them just three months back.
Marco Bode’s men had recorded 14 of the previous 20 overall wins. Since 1995, the hosts have lost just once at this stadium. In the past nine years, the guests have not scored more than one goal in a game at this ground. At one point in the past two decades, the home team were on a six-game winning run at this venue.
Bundesliga upcoming games
Saturday, 07-11-2020
-RB Leipzig vs Freiburg @5:30pm-Union Berlin vs Arminia Bielefeld @5:30pm-Mainz O5 vs Schalke O4 @5:30pm-Augsburg vs Hertha Berlin @5:30pm-Stuttgart vs Eintracht Frankfurt @5:30pm-Borussia Dortmund vs Bayern Munich @8:30pm
Sunday, 08-11-2020
-Wolfsburg vs Hoffenheim @5:30pm-Bayer Leverkusen vs Borussia Monchengladbach @8pm
Comments

Lawyer Kicked out of Court in Willy Mutunga’s Divorce Case