Uganda bans importation of chicks, poultry products from the Netherlands

OPINION: The Reckless Sub-plot Behind the Shenanigans of Our Presidential Candidates 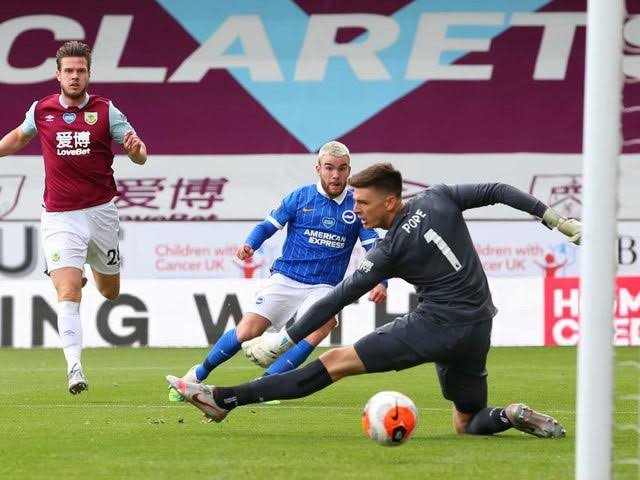 Brighton have won only one of their past six fixtures against Burnley. (PHOTO/Courtesy)Brighton and Hove Albion vs BurnleyThe American Express Community Stadium, East Sussex Friday, 06-11-2020 @8:30pmRef: Mike Dean
Brighton defeated Burnley 2-1 on the final day of last season, but that is their only win in six Premier League fixtures against the Clarets (D3, L2). Burnley are unbeaten in the past four league meetings at the Amex Stadium, although three of those games ended in draws.
Brighton striker Neal Maupay is back in contention after being left out against Tottenham for disciplinary reasons. Lewis Dunk completes a ban, while Solly March and Alireza Jahanbakhsh will be assessed, but Tariq Lamptey should be fit despite being withdrawn against Spurs because of cramp.
Burnley captain Ben Mee could make his first appearance of the season after recovering from a thigh injury. Johann Berg Gudmundsson may also return from a minor calf problem. Phil Bardsley is available again after a period of self-isolation following a positive coronavirus test, but Erik Pieters and Jack Cork remain injured.
Brighton have won just one of their past 12 Premier League home matches (D5, L6), and are winless in seven at the Amex Stadium since beating Arsenal in June. The Seagulls could fail to win at least two of their opening eight top-flight fixtures for the first time in their history on Friday. Graham Potter’s side have allowed their opponents just 21 shots on target in this season’s Premier League, a joint-low with Manchester City, who have played one game fewer. Albion have won five of their six top-flight matches played on a Friday, including both games played at the Amex Stadium.
The Clarets are without a victory in seven Premier League matches, their longest winless run since an eight-game streak two years ago. That sequence ended with a 1-0 victory against Brighton in December 2018. Burnley have made their worst start to a league season, claiming one point from six matches. Sean Dyche’s side did not have a single shot on target against Chelsea last weekend, and overall have registered a league-low 18 attempts on goal this season. Chris Wood has scored eight goals in his 16 league matches against Brighton, more than against any other side. Johann Berg Gudmundsson could make his 100th Premier League appearance.
Southampton vs Newcastle United St. Mary’s Stadium, HampshireFriday, 06-11-2020 @11pmRef: Peter Bankes
Southampton striker Danny Ings could be out for up to six weeks as he requires minor surgery on a knee injury. Saints also have concerns over the fitness of Jan Bednarek, Ryan Bertrand and Ibrahima Diallo, who all suffered injuries during the win at Aston Villa.
Newcastle trio Matty Longstaff, Paul Dummett and Ciaran Clark have all returned to training and could play their first league games of the season. Jonjo Shelvey, Martin Dubravka and Matt Ritchie remain sidelined.
Southampton have lost four of the past five meetings with Newcastle United. Last season, Newcastle earned their first away league win against Southampton since September 2004. They’ve never won back-to-back league visits in this fixture. The teams have played each other 100 times in all competitions. Southampton have won 37 times to Newcastle’s 40, with 23 draws.
Southampton’s tally of 13 points is their most after seven games of a season since 2014-15. They have lost all three of their home Premier League fixtures on a Friday by an aggregate score of 2-15, most recently humbled 0-9 by Leicester in October 2019. Saints could finish a day top of the Premier League for the first time. They last led a top-flight table back in September 1988 under Chris Nicholl.
The Magpies have lost only two of their 10 matches in all competitions this season (W5, D3). Newcastle are unbeaten in their last four Premier League away games (W1, D3). They last went longer without an away defeat between May-October 2011, a run of six matches. Eleven points is their highest total after seven fixtures of a Premier League campaign since 2011-12. Callum Wilson has scored six goals in his first seven Premier League appearances for Newcastle, one more than he scored in his final 30 games for Bournemouth. Steve Bruce has won only one of his seven league away matches as a manager against Southampton (D2, L4).
The upcoming Premier League games
Saturday, 07-11-2020
-Everton vs Man United @3:30pm-Crystal Palace vs Leeds United @6pm-Chelsea vs Sheffield United @8:30pm-West Ham United vs Fulham @11pm
Sunday, 08-11-2020
-West Bromwich Albion vs Tottenham Hotspur @3pm-Leicester City vs Wolves @5pm-Man City vs Liverpool @7:30pm-Arsenal vs Aston Villa @10:15pm
Comments

Umeme integration line from the UETCL Mukono North Substation supplying power to the industrial areas of Mbala and Mpata (PHOTO/Courtesy).MUKONO – Mukono North substation is now in use after power distributor Umeme constructed lines to...

Bremen have lost just a single game all season. (PHOTO/Courtesy)Werder Bremen vs FC KolnWohninvest WERSERSTADION, BremenFriday, 06-11-2020 @8:30pm Koln are struggling to keep up with the fierce intensity levels of the squads here. They are...