Without Leveled ground, there cannot be Free, fair and Democratic elections – UGNEWS24

Bobi Wine is being used by the LGBT community – Ekyooto Uganda 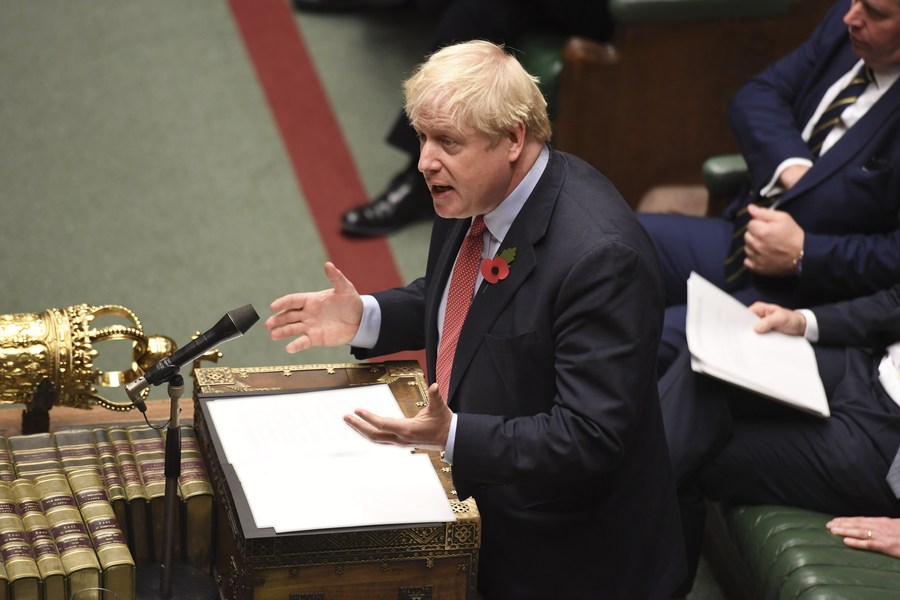 British Prime Minister Boris Johnson speaks at the House of Commons in London, Britain, on Oct. 29, 2019. (Jessica Taylor/UK Parliament/Handout via Xinhua).LONDON — British Prime Minister Boris Johnson announced Thursday the country’s largest military investment in 30 years — an extra 16.5 billion pounds (about 21.9 billion U.S. dollars) in defense spending over the next four years.
In his speech to the House of Commons (lower house of the British Parliament), Johnson said Britain needs to “upgrade capabilities across the board” to end “the era of retreat” by transforming its armed forces.
With another 1.5 billion pounds (about 2.0 billion dollars) investment in military research and development, Britain will establish a new center dedicated to Artificial Intelligence and a new Space Command capable of launching the country’s first rocket in 2022, Johnson said.
In a statement released earlier, 10 Downing Street said the new investment will cement Britain’s position as the largest defense spender in Europe and the second largest in the North Atlantic Treaty Organization (NATO).
“The returns will go far beyond our Armed Forces” as the new investment will also create 10,000 jobs every year and 40,000 in total, Johnson added.
According to the BBC, the British Ministry of Defense’s annual budget is around 40 billion pounds (about 53 billion dollars), so a 16.5 billion over four years is about a 10 percent yearly increase.
Comments

Racheal Namono, 13, with her six months old baby in Bumoni, Namisindwa district (PHOTO/David Mafabi9NAMISINDWA – While many a child joined the rest of African children in marking the belated day of the African child...

Racheal Namono, 13, with her six months old baby in Bumoni, Namisindwa district (PHOTO/David Mafabi9NAMISINDWA – While many a child joined the rest of African children in marking the belated day of the African child...

Egypt wants to reach “a binding legal agreement” on how to operate the disputed Ethiopian giant Nile dam as soon as possible, the Egyptian Foreign Ministry said. (180610) — CAIRO, June 10, 2018 (Xinhua) —...