Plans to Cushion Parents from School Fees Burden in 2021

Bobi Wine Uses Juju, He has A Shrine – Promoter Bajjo 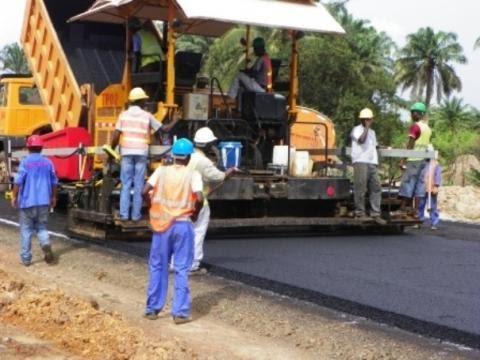 Chinese-owned Chongqing International Construction (CICO) under scrutiny over fraud (PHOTO/Courtesy).KAMPALA — A Chinese construction firm Chongqing International Construction Corporation (CICO) that was recently blacklisted by African Development Bank (AfDB) over corruption and massive fraud has been awarded three contracts in Uganda by the Uganda National Roads Authority (UNRA).
CICO is a Chinese construction and engineering company registered in Uganda but was found guilty of corruption and fraud by African Development Bank investigators.
The firm was also found guilty of inflating its purported experience with similar projects in order to meet the pre-qualification criteria of the proposed tenders.
An investigation conducted by the AfDB’s Office of Integrity and Anti-Corruption recently established that CICO overstated both the scope and the value of contracts it had supposedly completed in the past.
“It is the duty of the African Development Bank to ensure that the funds it receives from donors are used exclusively to further the socio-economic development of the institution’s regional member countries. CICO will therefore remain debarred until the bank is assured that it is not putting funds at risk by doing business with this company”, explained Bubacarr Sankareh, acting director of the Office of Integrity and Anti-Corruption of the AfDB.
The Office of Integrity and Anti-Corruption of the AfDB is responsible for preventing, deterring and investigating allegations of corruption, fraud and other sanctionable practices in the bank’s financed operations.
To prequalify for the works contracts tenders in Uganda, the bidding company needed to show that it had successfully completed at least four similar projects in the previous five years.
CICO inflated the scope and the value of its reference contracts during the bid. It falsely presented a 4.4km road contract as having 68km in length. In another instance, the value of a reference contract was erroneously inflated from US$17.5mn to US$79mn to meet the prequalification criteria.
However, UNRA has since without any investigations signed three road construction agreements with the blacklisted Chinese firm CICO.
Agreements include the construction of 16 km of road between Kira, the country’s second-most populous city, and Matugga, an urban center located north of Kampala, the capital.
“This will be the first urban road to have segregated pedestrian walkways and bicycle lanes which will enhance the safety of pedestrians and cyclists,” said the UNRA executive director.
The project is valued at UGX. 200.3 billion ($54 million).
Work is expected to start by the end of the year.
Under the deals, CICO is also entrusted with the construction of the 11 km Najjanankumbi-Busabala road in Kampala, and the rehabilitation of 7.3 km of road in the central city of Masaka.
Both projects require UGX.258.8 billion ($70 million) and UGX. 35.9 billion ($10 million), respectively.
Already, the projects price tags are already causing jaws to drop, long before they were awarded to Chinese firm and Parliament has been asked to investigate how the Chinese contractor acquired the deals.
The expensive road is just the icing on the cake for Chinese contractors in the country.
Analyzing the data for 48 national road contracts issued in the past decade, we found that 70% of the funding went to Chinese contractors and only 4% to locally incorporated firms.
The Entebbe Expressway is an outlier in both cost and specifications.
Nonetheless, Uganda’s taxpayers are footing the bill and will be on the hook for a growing pile debt being used to build roads. But the local construction industry is not getting a piece of the action nor is it developing the capacity to maintain these roads.
Instead, most of the funding is going to Chinese contractors. Half of the funds that built these roads came directly from the Ugandan government coffers. For about a decade now, Uganda between 10% to 23% of Ugandan public expenditure has gone to roads and other transport infrastructure.
Much of the half of the funding is debt taken on behalf of the Ugandan taxpayer.
For five years, Ugandan engineers lobbied their government for a preferential policy that would see them participate more in the construction of national roads. They got it in March 2017. The public procurement authority issued a regulation reserving 30% of big value projects to local firms. However, less than a year later, in February 2018, the same authority repealed that regulation.
The reserved 30% was opened up to any firm that has been incorporated in Uganda for at least two years.
Commentators said new guideline repealed last 2017’s policy before it was even tested.
The procurement authority has been reluctant to explain why the reservation was loosened.
jssebwami9@gmail.com
Comments

Plans to Cushion Parents from School Fees Burden in 2021

Jackson Emanzi, the Head of Lending at Stanbic Bank the Bank (PHOTO/File).KAMPALA – With Stanbic Bank lending solutions, customers can now enjoy flexible and convenient repayment plans to manage their personal welfare and growth of...

He undermines the unity of our party! DP rubbishes claims that Mao allowed Mbidde to support Bobi Wine – PML Daily

By Stuart G-KhastOlimuyaye singer Isaiah Aine aka Van Data has today marked his 33rd birthday in style. The Ugandan singer whobis currently in Holland has revealed his plans ahead of the new year for him...