we shut internet to foil ‘Plan B’ – edge.ug

We don’t have to prepare – UGNEWS24 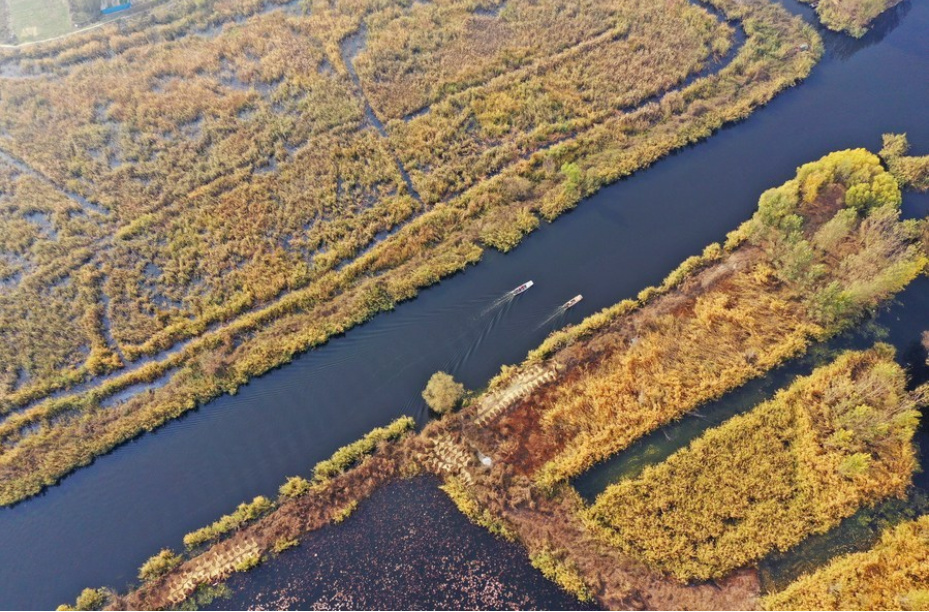 Aerial photo taken on Nov. 5, 2020 shows the scenery of the Baiyangdian Lake in Xiongan, north China’s Hebei Province. The ecological environment of the lake has improved a lot in recent years (Xinhua/Mu Yu).BEIJING — Co-organized by the French government, the United Nations and the World Bank, the One Planet Summit for biodiversity will be held on Monday.
Both China and France have been active in preserving biodiversity and battling climate change. In recent years, Chinese President Xi Jinping has stressed China’s resolution to tackle these challenges together with France during meetings and conversations with his French counterpart, Emmanuel Macron.
The following are some highlights of his words.
During a video meeting with Macron and other European leaders in December 2020, Xi urged China and Europe to “give full play to their high-level dialogue mechanism on environment and climate, and give mutual support to each other in hosting international conferences on biodiversity, climate change, and conservation of nature.”
A finless porpoise is seen in the Yangtze River in Yichang, central China’s Hubei Province, Aug. 3, 2020. The finless porpoise, an endemic species in China, is an important indicator of the ecology of the Yangtze (Photo by Lei Yong/Xinhua).During his phone conversation with French President Emmanuel Macron in June, Xi said China stands ready to strengthen strategic cooperation with the European Union (EU) to jointly tackle such global challenges as public health, climate change and biodiversity, so as to work for sound and steady development of China-EU relations.
In their telephone conversation ahead of the Chinese Lunar New Year in January last year, Xi and Macron respectively expressed their hopes for strengthening coordination and cooperation with each other on climate change and biodiversity.
During their talks when Macron visited China in November 2019, Xi noted that efforts should be made to strengthen cooperation in fields including environmental protection and biodiversity conservation and expand pragmatic cooperation in new energy vehicles.
In a joint statement issued during his state visit to France in 2019, Xi and Macron announced that the two countries will “work together to push for global concerted efforts to address biodiversity loss” and implement the Paris Agreement in an all-round way.
Comments

Simon Byabakama The Electoral Commission today reacted to the viral video recordings associated with vote rigging. The aftermath of the general elections has been dominated by social media meltdown rotating around the transpirings of the...

The United States President Joe Biden delivering a speech in Wilmington, Delaware (PHOTO/File).WASHINGTON — U.S. President Joe Biden on Wednesday reversed the U.S. process of withdrawing from the World Health Organization (WHO). Hours after being...

EC on the spot over leaked videos of alleged vote rigging, says they will investigate to ascertain their veracity – PML Daily

Kyabazinga partners with Gisha Productions to promote Busoga in the diaspora

By Our ReporterGabula Royal Foundation, an initiative of the Kyabazinga His Royal Highness William Wilberforce Gabula Nadiope has signed a Memorandum of Understanding with Gisha Productions Inc, an events management company based in Canada.According to...