Mother Hit With Ksh66 Million Bill for Child in ICU

Feffe Busi Shares Why He Enjoys Being Single 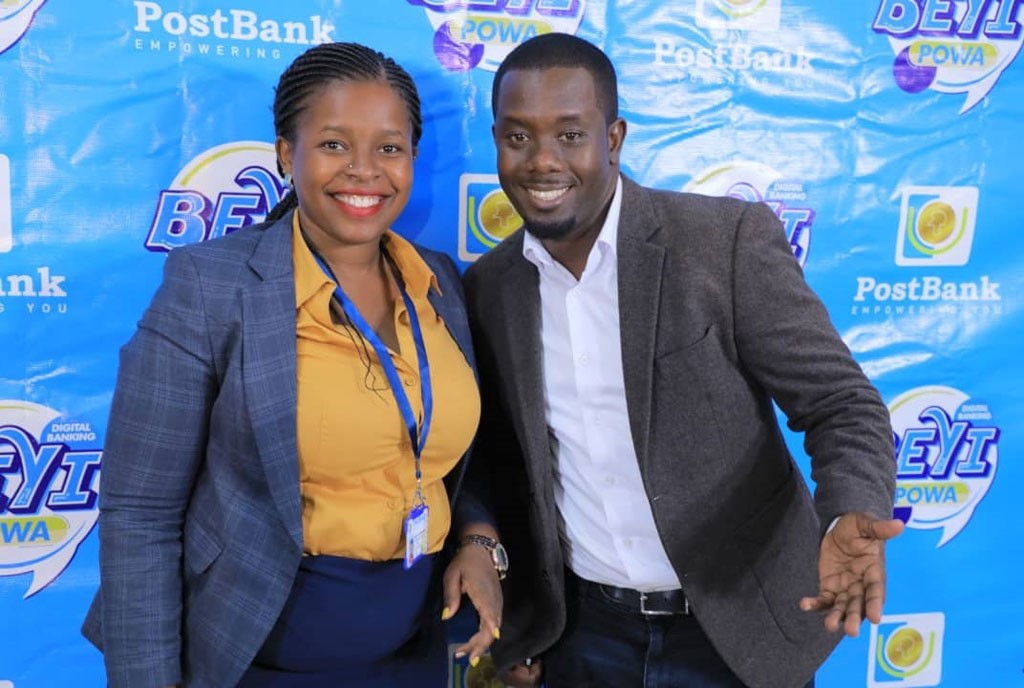 Ms. Doreen Nyiramugisha, the Head of Marketing and Communication at Post Bank Uganda and Mr. Richard Tuwangye during the launch of PostBank’s Digital Banking Beyi Powa campaign recently in Kampala (PHOTO/Courtesy).KAMPALA – Renowned Ugandan actor and comedian Richard Tuwangye better known to many as Amoosi has landed an ambassadorial role with Post Bank’s new Digital Banking campaign dubbed, Beyi Powa.
Just like his peers, Tuwangye who largely depended on weekly comedy shows to sustain his life is thrilled about the new opportunity of working with the bank to promote its new campaign.
“I am very happy to be a part of Post Bank’s digital transformation journey. As you may all be aware, we are in very unpredictable times Beyi Powa, therefore, comes as a savior in the whirlwind of uncertainty since one doesn’t need to make sporadic movements,” he said.
Tuwangye added that the total lockdown drastically increased my appreciation of digital options available to him because the people viewing his art increased by more than 10-fold.
“So, I am excited to have the responsibility to preach the gospel of digital options, their efficiency, and their benefits because I have experienced them first hand.”
The Beyi Powa campaign was launched two weeks ago to sensitize the bank’s customers about its alternative banking channels to promote adoption and usage. These channels are; PostApp, PostMobile, UnionPay PostCard and PostAgent.
In his role as the campaign ambassador, Tuwangye is tasked with promoting digital banking among his peers and customers of the bank through electronic, outdoor, and print media as well as his social media platforms which attracted more fans during the lockdown.
The comic comedian also noted that since the closure of the national theatre where Fun Factory films and dramas are produced, he has since resorted to doing online comedy skits through his social media platforms including Facebook, YouTube, and Twitter to be able to reach his fans and enable them to enjoy comedy in the comfort of their homes.
Tuwangye joins the likes of Source Management songstress Spice Dian who has in the past few months bagged ambassadorial roles with companies like Yaket International, Lato Milk, Chipper Cash, Itel mobile Uganda, Italtex Uganda among others.
Comments

Minister Acheng   Kampala – 31 October 2020- The attention of the Ministry of Health has been drawn to the article that ran in the Saturday Vision newspaper that was published on October 31st 2020....

Some of the Police officers during the pass out of the trainees (PHOTO/Courtesy).KAMPALA – 48 Marine Police officers have passed out after undergoing a six-week intensive induction course in maritime operations. The training took place...

Experts discuss the UN at 75, how to make it relevant again – PML Daily

Experts on Friday discussed achievements and the UN (PHOTO/Courtesy).KAMPALA — Though the three-quarters of a century milestone comes at a time of many disrupted facets of international relations, experts and advocates are recognizing and celebrating...