Museveni warns Bobi Wine: you’ll regret it if you fight me 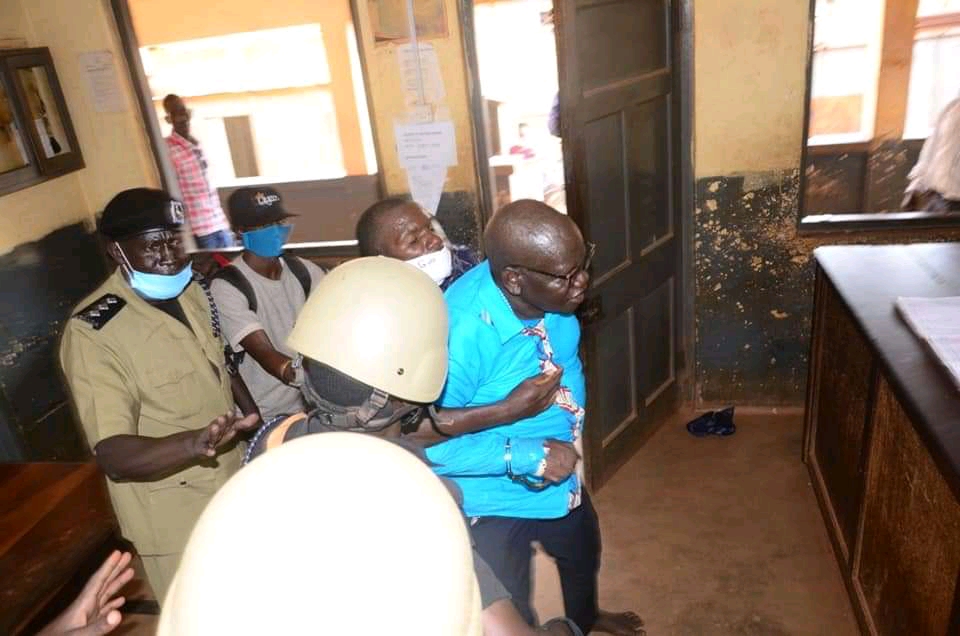 FDC Presidential candidate Patrick Oboi Amuriat being arrested as he carries out campaign (PHOTO/Courtesy).KAMPALA – The Forum for Democratic Change (FDC) party has vowed to continue with presidential campaigns despite what they described as intimidation and brutality of their candidate and supporters by the army and police.
The FDC secretary-general, Nathan Nandala Mafabi, told journalists on Thursday, 19 November 2020 that it the campaigns have been taken over by security agencies that brutally arrested the National Unity Platform-NUP presidential candidate Robert Kyagulanyi and have started battering Ugandans demanding for his release.
He also said the FDC presidential candidate Patrick Oboi Amuriat was denied airtime on a radio station in Kotido while Museveni went on with his talk show in the same area without disturbance. He also said in Agago, a radio station was switched off leaving Amuriat to speak for 30 minutes off-air while in Gulu, he was denied access to radio stations even after meeting all required conditions.
Nandala also said some media houses are setting enormous conditions to host opposition candidates while favoring the incumbent in disregard to the Electoral Commission guidelines requiring that all candidates get equal access to the media. He blasted Electoral Commission for keeping quite as such unfortunate events are happening yet they agreed that campaigns be held both on media and rallies.
He says the commission is offering preferential treatment to the incumbent and NRM presidential candidate Yoweri Kaguta Museveni. He tasked the commission to come clean and declare to Ugandans that they have failed to manage the elections.
Wasswa Biriggwa, the FDC National chairperson said security has found a reason to spray them and their supporters with teargas during the campaign trail even when they are not flouting the guidelines on social distancing. Biriggwa says even in areas where they booked spacious venues to house their supporters and enforce social distancing, security has dispersed them.
He however acknowledged that in some cases, supporters rush to their candidates in excitement. This he says could have been the case with Kyagulanyi in Luuka district on Wednesday leading to his arrest.
Biriggwa says it is either naivety or stupidity of the worst kind to blame candidates for the huge crowds of people showing up at their rallies.
The FDC spokesperson Ibrahim Semujju Nganda dared security and Electoral Commission to arrest Museveni because he too attracts crowds while campaigning. FDC has vowed to continue with their campaigns saying this isn’t just a struggle for the presidency but the liberation of the people.
Earlier on, the NUP spokesperson Joel Ssenyonyi also accused the commission of ceding its mandate to security forces. The EC spokesperson Paul Bukenya was yet to respond to the issues raised by the opposition officials by the time of publishing this report.
Comments

Officers parade some of the scholastic items donated by the UPDF to Embresso Primary School in Somalia (PHOTO/Courtesy).MOGADISHU – Uganda Peoples’ Defence Forces (UPDF) serving under African Union Mission in Somalia (AMISOM) have donated an...

A worker of Stonington Lobster Coop examines a lobster at a dock in Stonington of Maine, the United States, Feb. 4, 2020 (Xinhua/Wang Ying).WASHINGTON — Tariffs and an uncertain business environment have prompted precipitous declines...