Bobi is large in presidential matters, Bebe is big in HiPipo awards 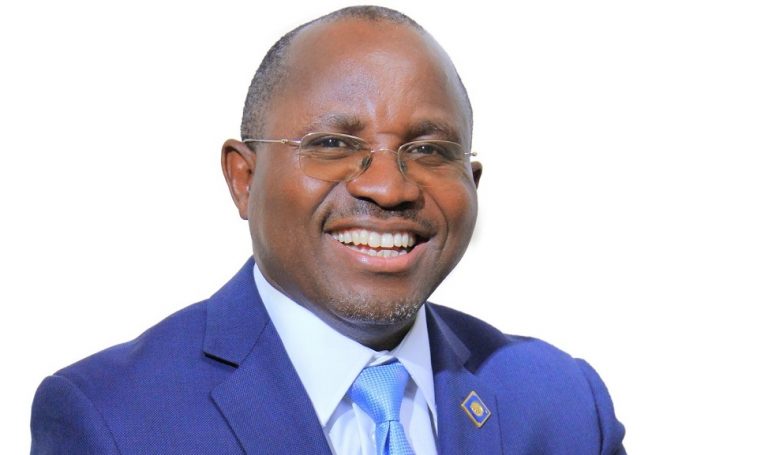 Mr. Fabian Kasi, the Managing Director of Centenary Bank (PHOTO/Courtesy).KAMPALA — Financial institutions have been commended for the key role they play towards the growth of Micro, Small and Medium Enterprise (MSME) businesses. This was during the launch of the second edition of the Buy Uganda Build Uganda (BUBU) initiative.
Launched in 2014, the BUBU policy is centered on promoting the procurement and consumption of locally produced and manufactured goods and services while encouraging local investors to produce, improve capacity of to supply government, enhance the quality and competitiveness on the local and International market, create jobs, among other elements that are intended to drive the country towards achieving middle Income status.
While speaking at the virtual forum, Hon. Amelia Kyambadde, Minister of Trade, Industry and Cooperatives said that, “in the bid to promote and support local Investors and producers, the president had last year launched the first edition of the BUBU expo that was held in Kololo,” adding that, “the BUBU logo was secured and gazetted and Ugandans can now use it on their products, in support of the BUBU initiative,” Kyambade remarked.
The theme of this year’s first phase of the E- conference is Banking Sector involvement the BUBU Initiative.Hon. Kyambadde noted that, “The banking sector is very important in boosting the initiative and Centenary Bank has evidently complied with the BUBU Policy while it serves Ugandans.”
She further stated that the initiative is paying off and government is seeing the results. She revealed that, “We have increased the purchase of locally manufactured pharmaceutical products from 156 billion to 165 billion between 2017 to 2018, establishment of more industries that manufacture masks and sanitizers which were previously imported, not forgetting the shelf space for local packed products in supermarkets that has increased from 20% to 49%; previously we were importing our fresh foods from regional markets but currently most of it is locally produced and has registered a positive growth 70% from 20%, and many other notable achievements that the initiative has registered, for the last 7 years”.
Commenting on the role played by financial intuitions in support of the BUBU initiatives; Centenary Bank Managing Director, Fabian Kasi revealed that “Our Bank as a home grown business is a great supporter of BUBU and we have done this in various ways. We command the largest number of banked Ugandans with close to 2 million customers who make up 25% of the entire banking sector and in so doing, provided credit to over 250,000 MSMEs amounting to over Ushs. 1.8 trillion.”
Kasi added that “Financial institutions have endeavored to financially include as many people as possible in the banking space with keen focus on the four tenets of Banking and Financial Inclusion; the range of banking services offered both traditional and digital, designing products that are easy to use and access, affordability of banking services at a reasonable cost and offering the banking and financial services in a sustainable manner.”
Steven Kayiwa the Director of Global Paints Uganda mentioned that “Since inception of the Global Paints Company approximately 10 years ago, we have received support from Centenary Bank, a role that has been instrumental to the growth of the Global Paints brand; from a micro business to where we are at today, given the continued need of financing that is key for the growth of any business at all levels.”
Centenary Bank General Manager Commercial Banking Michael jingo noted that “we pride in being the largest Commercial Microfinance bank in Uganda, giving us the platform to reach out over 70% of Ugandan-owned MSMEs in the country and accorded them requisite support including financial literacy training, business funding, as well as through our Cente Micro Business Loans among other products which can be used to restock businesses, purchase business assets and acquire or pay for business utilities.
Mr. Agaba Julius Alfred, the Director Investment Review Publications, the organizers of the expo, advised that the BUBU e-conference and exhibition is set to run for 6 months, and is targeted to reach over 20 million BUBU stakeholders, Government, as well as consumers through television, radio, internet platforms, magazines and newspapers with focus on shaping a positive mindset change towards BUBU brands and products for growth of business and national development.
Comments

By Stuart G-KhastVivian Tendo must be excited for Saturday night when she will make her maiden appearance and perhaps her biggest yet in her still short music career. Club Beatz concert this Saturday has added...

SHANGHAI — The China International Import Expo (CIIE), hailed as “an innovation in the history of global trade,” opened its third edition in this Chinese trade hub on Wednesday. As the world’s first import-themed...

Speaker Rebecca Kadaga in a meeting with members of the gym and wellness association after at Parliament (PHOTO/Courtesy).KAMPALA – The Gyms, Fitness and Wellness Association of Uganda has sought the intervention of Parliament in the...