We may have lost the battle but our war continues, says Gen Muntu as ANT fails to get any MP in Parliament  – UGNEWS24

Nazizi Pleads for Help After Father Is Rushed to ICU 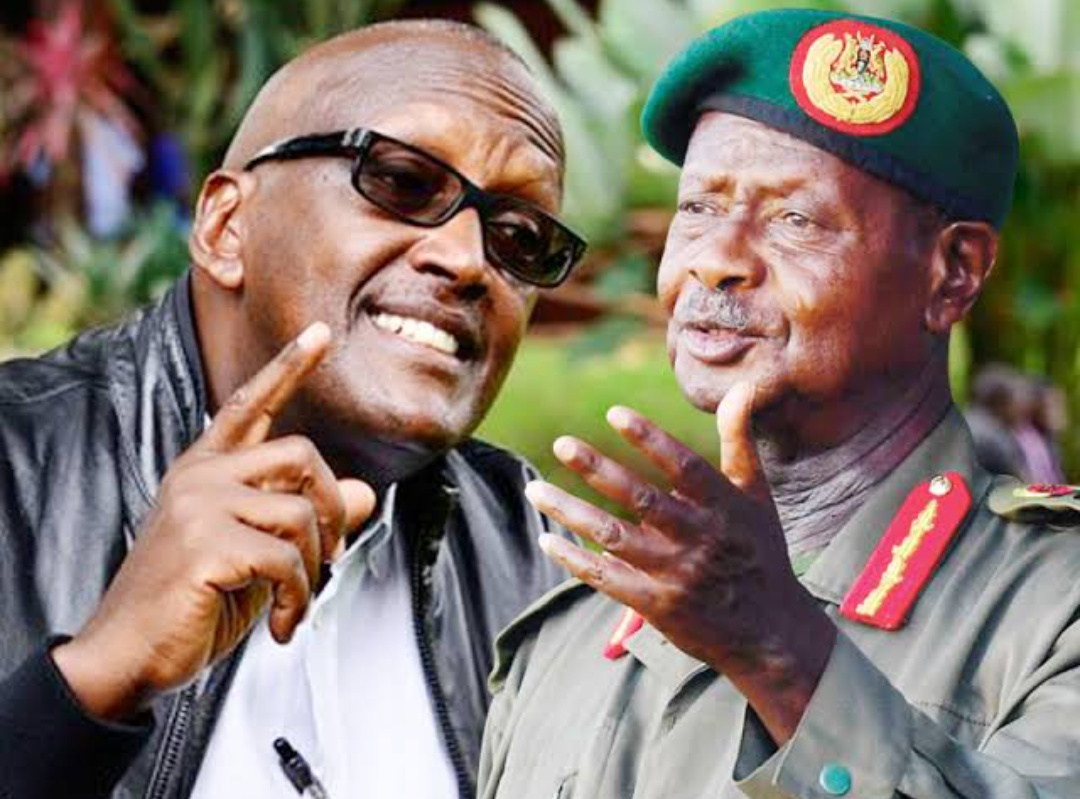 Gen Henry Tumukunde and his former boss Gen Yoweri Museveni (PHOTO/File).TORORO – Lt Gen Henry Tumukunde has revealed why he parted ways with president Yoweri Museveni to the extent of standing against his former boss.
While addressing the people of Tororo on December 23, 2020, Tumukunde accused Museveni of derailing from the ideals that took them to the bush and now looks at whoever tries to advise him as an enemy.
“I want you to listen to me. Uganda has been under one leadership for 35 years. We are the reason why President Museveni went to power,we did the fighting we did even the leg losing,I don’t think Museveni has any injury on his body,” he said.
He added that, when time came, and “am sure the FDC Chairman knows,he established that the road we had agreed is not the road we were going on.”
According to Tumukunde,he started disagreeing with Museveni in 2003.
“I myself was a serving army officer but I thought my commitment in the bush required that I stand and I say no,this is what we had not agreed on. Okay I was arrested, mistreated, for one and a half years I was held in prison in what they call solitary confinement, for 8years I was in court,many of those years I was under house arrest,” Tumukunde revealed.
He said Museveni’s most senior players are too quiet or opposed to him.
“Of them we are now two Generals, you could count Besigye he could have been a General by now, the Amanya Mushegas,the Kazooras, now what he did was to recruit a crop of young people including your MP here. Because at that stage, they are the ones who could go to Kyankwanzi when we had all said no. This young set of people of course get frustrations along the way,they are the ones who started the first exercise of amending the constitution of Uganda and that’s when we lost it. Because we had staged avery good fight, but when the constitution was amended,the foreign gates were opened,” said Tumukunde.
“Now what he did, you see him talk about grand children,so he eliminated the sons,” he added.
He further asked the people of Tororo not to vote for any leaders who have turned politics into business to enrich themselves at the expense of the poor people.
Comments

Normal Things Kenyans Couldn’t Do in 2020

By BigEyeUg TeamWith profound sadness, we announce to you the death of long-time TV host Larry King who has passed-on at an age of 87.Larry KingA statement posted to his official Twitter account Saturday morning,...

Normal Things Kenyans Couldn’t Do in 2020