Kenyans Rally to Save Fig Tree From Nairobi Expressway [VIDEO]

‘Museveni will win again with 80%’ 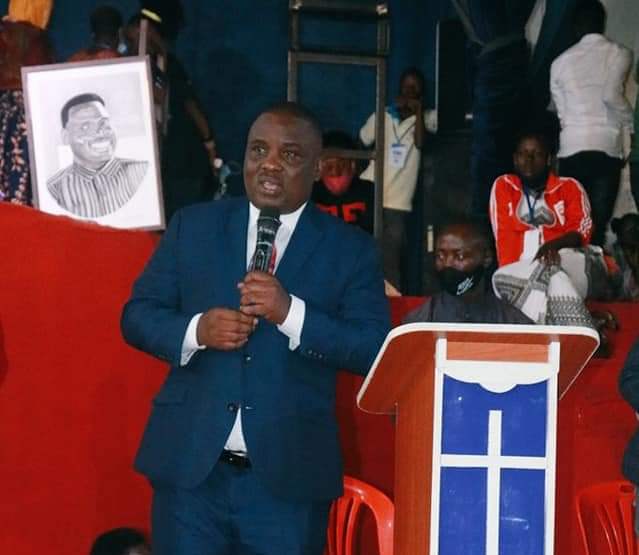 Kampala Lord Mayor Erias Lukwago mourning the late pastor Yiga Augustine on Saturday (PHOTO/Courtesy).KAMPALA – The Kampala Lord Mayor Saalongo Erias Lukwago has asked the Late Pastor Augustine Yiga’s son Jjengo to jealously guard his father’s property “even when it seems nearly impossible to recover from this death.”
Lukwago, who was on Saturday, October 31, eulogizing the Late Pastor Yiga of Rivival Church in Kawaala, said that it’s hard to imagine Kawaala without him.
“Just at the age of 44, Yiga impacted on lives of many and supported others just like a tree trunk supports it’s branches. All this was achieved by an individual who never had a Theological Degree,” said the Lord Mayor.
Some of pastor Yiga’s followers in the church on Saturday (PHOTO/Courtesy).He added that most profound losses are survivable and the world looks at the Late’s son, Pastor Jjengo’s ability to transform the same into positives. He asked him and the followers to work hard because his father didn’t inherit anything but just worked hard.
“He doesn’t expect any dominating influence of materialism and triviality,” he added.
Lukwago decried Pastor Yiga’s arrest by this regime for speaking his mind and concluded that no one has a right to judge the dead.

“There is only one judge of the living and the dead. Even in transgressions, we are duty bound to restore in gentleness,” he said.
As someone who was raised from Kasubi and Kawaala, Lukwago promised to be there when duty calls since he is the people’s shield in Kampala.
Pastor Yiga who passed away on October 27 at Nsambya Hospital in Kampala will be laid to rest at his church on Sunday, November 1, 2020.
Comments

By ReporterMan U vs Arsenal. Get 200% bonus on your first deposit? BET HERE and WIN BIG CASH.Club Pilsner as always did not let the world mark Halloween day without participating. Like the usual Club...