Where is your Mask? Go back and get it!

Police recover stolen drugs worth shs1bn from clinic in Nansana 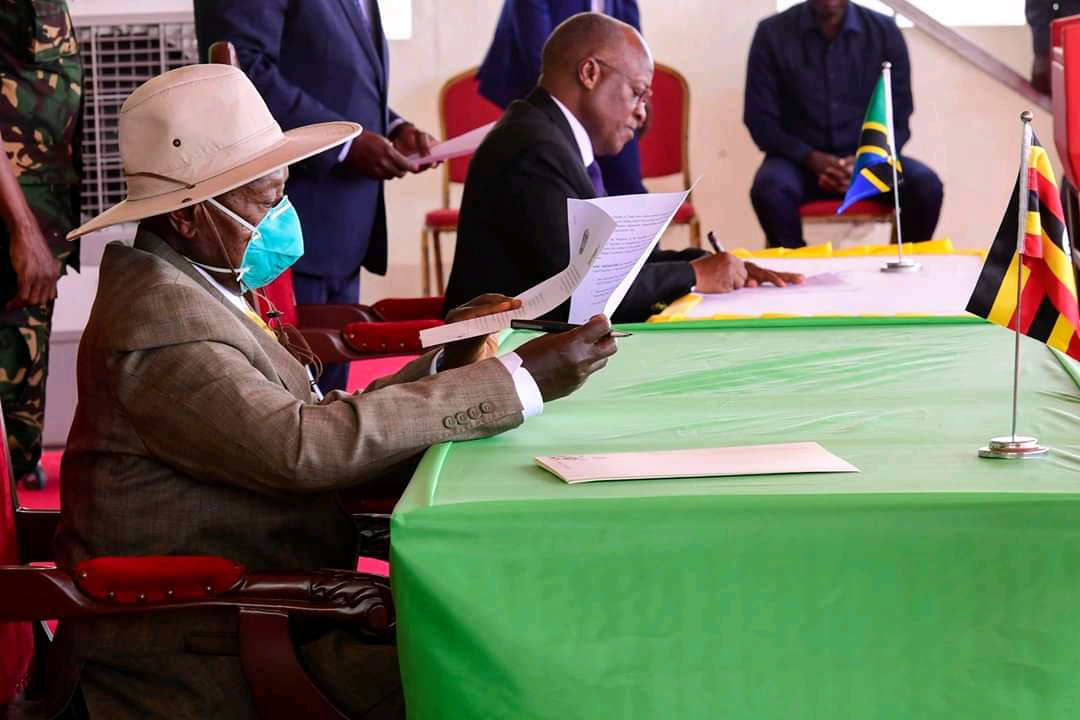 President Museveni launches internet connectivity to the WestNile Region. West Nile is now connected to the NBI (PHOTO/Courtesy).KAMPALA —  “Gen. Museveni’s predominant sentiment has always been a deep devotion to humanity. He has a strong antipathy against oppression of and type and an ardent wish for the people’s freedom everywhere.” These were words spoken by former Prime Minister and NRM secretary General John Patrick Amama Mbabazi, an old-time friend and ally of President Museveni.
Hon Mbabazi joined the struggle to liberate Uganda under the command of then NRA leader Yoweri Museveni. Together the two men, alongside others fought a liberation war for slightly above five years, leading to the overthrow of the Junta in 1986. The two then began to serve Uganda with Museveni as president and Mbabazi serving in several positions until he became prime minister before contesting against Mr Museveni in the 2016 election for presidency.
Uganda’s refugee situation is one of many illustrations that can best portray the devotion to humanity that Mbabazi describes about Mr Museveni. Uganda has over the last 20 years adopted a welcoming policy towards refugees. This policy, a brainchild of President Museveni culminated in the Refugees Act 2006.
President Museveni recently commissioned a massive water project in Gulu (PHOTO/Courtesy)Uganda’s history has seen the rise in numbers of displaced people. The Idi Amin tyranny from 1971 to 1979 left hundreds of thousands of people internally displaced or forced into exile. Joseph Kony and his Lord’s Resistance Army (LRA) slaughtered people in northern Uganda in the early 2000s, leaving an estimated 1.8 million people internally displaced.
On the world stage, Uganda is host to 1.5 million refugees, the highest number in Africa and the third highest in the world after Turkey and Italy. This has inevitably caused an impact on the growing economy of Uganda.
While the world refers to the refugee situation as a major crisis, President Museveni on his side looks at it as an opportunity to reach out to those in need. Mr Museveni is an advocate for better living conditions for refugees in host countries. He has stated on various fora including at an IGAD summit on Somalia that refugees are not the problem but the wrong ideology of sectarianism where people are divided along tribal, religious and other grounds is the problem.
Museveni officiated at the handover of value addition equipment and warned Gen Saleh over supplying fake seeds (PHOTO/Courtesy).“Africans are categorized in four linguistic groups namely; Bantu, Nilotics, Sudanic and Cushites. I have no problem with all these groups settling anywhere on the continent since they are all Africans and considered brothers and sisters. What concerns me most is the ideology of sectarianism where people are artificially divided along tribal, religious and other grounds,” he said.
President Museveni describes criminal actions by governments that threaten the safety of their citizens; weak states that are not able to defend their populations; criminals that have killed people in countries of origin, citing the intarahamwe of Rwanda who committed a genocide and fled to Congo and natural disasters such as drought being experienced in the region, as the main causes of refugees and internally displaced peoples in Africa.
According to the President the world needs to address issues relating to refugees and internally displaced people including relief during the time of refugee, clean water for domestic use, electricity to minimize environmental abuse, shelter that is environmentally friendly like prefabs to avoid destruction of trees.
“Refugees and displaced persons need an education so that they don’t lose time. They also need to acquire skills which can enable them participate in production in the countries where they are and also when they return home,” Mr Museveni is quoted as saying. In Uganda refugees have access to government-provided health care and primary education.
President Museveni launched the rehabilitation of the Tororo-Gulu railway (PHOTO/Courtesy).Because of the President’s stance on refugees, the UN High Commission for Refugees (UNCHR) has coined what is called the Uganda model which UNCHR High Commissioner says permits refugees to work, cultivate land, and move around freely. He says that no other country in the world grants the same rights. According the UNCHR, elsewhere in the world, arrivals are typically viewed as competition for jobs and scarce resources.
Mr Museveni, out of deep compassion and the desire to see people prosper, has often also called on the international community to provide capital for small enterprises in development efforts as opposed to refugees being locked up in camps.
Comments

Government has banned all its officials and other staff from the continued use of public transport means for fear of...

Where is your Mask? Go back and get it!

“On this dirt road, yesterday, I counted three “check points” manned, not by armed men in uniform, but by young...