Serie A returns on Saturday with Juve, Lazio and Atalanta in action – PML Daily

Gen. Museveni to deploy own criminal gangs to justify his terror on Ugandans – Ekyooto Uganda

How the journey started for them – UGNEWS24

How Uganda lost a retired peaceful citizen through riots – UGNEWS24

We’ll use batons before Bobi Wine turns Uganda into Libya

Serie A returns on Saturday with Juve, Lazio and Atalanta in action – PML Daily 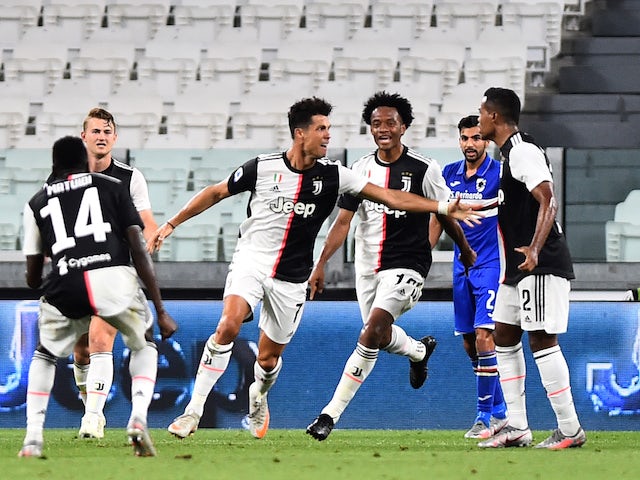 Juventus have draw three of their opening seven Serie A games this season. (PHOTO/Courtesy)Crotone vs LazioStadio Ezio Scida, Crotone Saturday, 21-11-2020 @5pm
Just as Lazio get Ciro Immobile, Lucas Leiva and Thomas Strakosha back after COVID, they lose Sergej Milinkovic-Savic for the trip to Crotone.
The investigation into what went wrong with the Biancocelesti’s Coronavirus testing continues, but the good news is that Immobile, Leiva and Strakosha ought to be available again after their quarantine periods came to an end.
Milinkovic-Savic contracted the virus while on international duty, so Marco Parolo should step in.
Crotone have Sebastiano Luperto suspended following his red card in the 0-0 draw with Torino, Salvatore Molina hasn’t yet received the all-clear for his COVID case and Ahmad Benali sprained his ankle. There has been an upturn in performances lately, the Squali drawing with Juventus and Torino, losing narrowly to Cagliari and Atalanta.
Lazio have never won a Serie A trip to Crotone, managing one point from two visits.
Spezia vs AtalantaOrogel Stadium, CesenaSaturday, 21-11-2020 @8pm
Atalanta have shown a tendency to struggle after a break for international duty, so Spezia are poised for a potential upset.
La Dea are the most international of Serie A sides and that can be a hindrance when their players have flown around the world and come back to Bergamo for a Saturday game. Ruslan Malinovskyi picked up COVID-19 while in Ukraine, but it’s in defence where options are somewhat limited by injuries.
Spezia are in their first ever Serie A season, but coach Vincenzo Italiano always takes an attacking and entertaining approach, something he has in common with Gian Piero Gasperini.
They flattened fellow newcomers Benevento 3-0 in their last outing and fought their way to 2-2 draws with both Fiorentina and Parma.
These clubs have never met in Serie A and their most recent Serie B encounter was 0-0 in April 1939.
Juventus vs CagliariAllianz Stadium, TorinoSaturday, 21-11-2020 @11pm
Juventus are forced to transform their defence, with Matthijs de Ligt rushed into a comeback against on-form Cagliari with Joao Pedro and Giovanni Simeone.
The Bianconeri lost both Giorgio Chiellini and Leonardo Bonucci to muscular problems on international duty, with Federico Chiesa and Aaron Ramsey also not fully fit. It means De Ligt could be thrown in at the deep end for his first game since shoulder surgery in August, while Alex Sandro is also ready for his comeback.
Cagliari have been increasingly impressive under coach Eusebio Di Francesco, above all Joao Pedro, who has truly found his niche as a trequartista supporting Cholito Simeone with Nahitan Nandez and Adam Ounas.
Diego Godin famously scored against Juve for Atletico Madrid in the Champions League and would relish doing it again here.
Juve could draw four of their opening eight Serie A games for the first time since 1978-79.
The other upcoming Serie A fixtures this weekend
Sunday, 22-11-2020
-Fiorentina vs Benevento @2:30pm-Inter Milan vs Torino @5pm-AS Roma vs Parma @5pm-Sampdoria vs Bologna @5pm-Hellas Verona vs Sassuolo @5pm-Udinese vs Genoa @8pm-Napoli vs AC Milan @10:45pm
Comments

Gen. Museveni to deploy own criminal gangs to justify his terror on Ugandans – Ekyooto Uganda

NRM Presidential candidate Yoweri Museveni being welcomed in Kitgum on Tuesday (PHOTO/PPU).MOROTO – NRM Presidential flag bearer, Yoweri Tubuhaburwa Kaguta Museveni has on Friday 20 concluded the Karamoja leg of campaign. One of the highlights...

Hassan Kitenda, an equity and fixed income research analyst (PHOTO/Courtesy).KAMPALA – If you’re an investor, diversification is a topic that’s impossible to avoid.Diversification is one of the cornerstones of traditional investment advice. You may have...