24-year olds should be interning, not contesting the presidency – UGNEWS24

How small businesses can mange their working capital better

Inside 2-Hour EACC Grill of Education Director Insulted by Magoha

“That is hooliganism,” Government spokespersons adamant over Bobi Wine protests 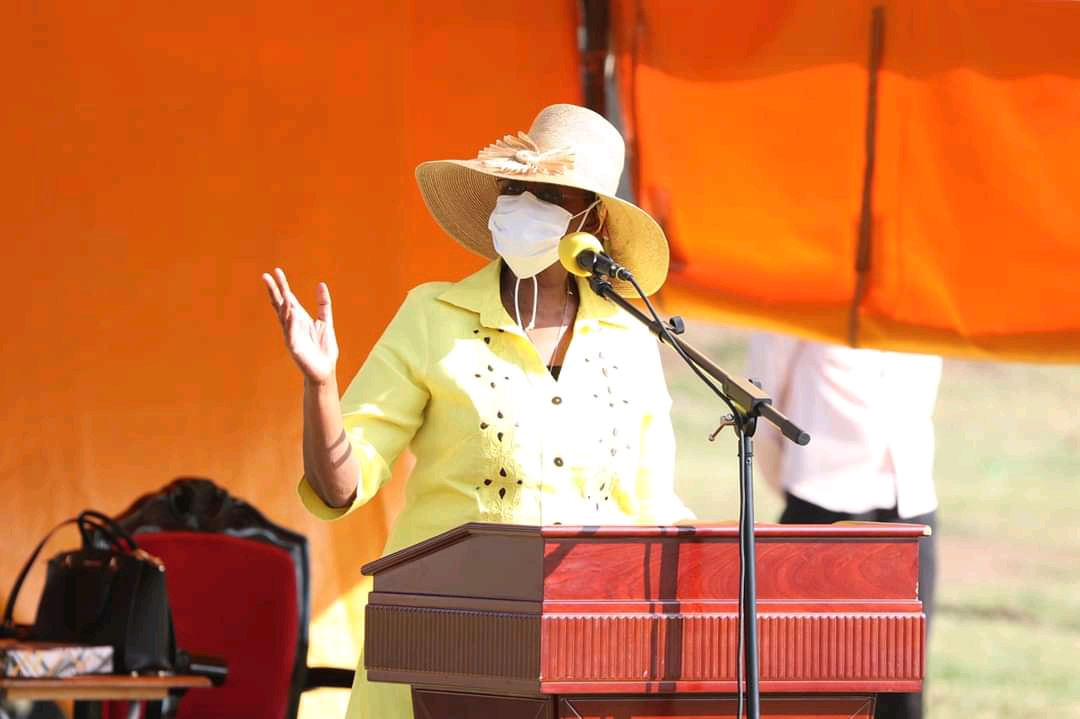 First Lady Janet Museveni campaigning for husband in Moroto on Wednesday (PHOTO/Courtesy).MOROTO – The First Lady also Minister for Education and Sports Hon Janet Kataaha Museveni has rallied the people of Karamoja to support the NRM and all its flagbearers in the forthcoming general elections for continued development in their region and the country at large.
While addressing NRM leaders and flagbearers today at Moroto Boma grounds in Moroto on Wednesday, Mrs Museveni said that the NRM government has been at the forefront in bringing development to the area.
“We need to thank the NRM government for what it has done in the region, we need to show the rest of the country that NRM is the engine of development,” she said.
The First Lady who once served as the Minister-in-charge of the region thanked the people for embracing government programs and for shunning opposition politicians who had earlier on camped in the region canvassing for votes.
“Government programs have changed the society of Karamoja. Thank you for refusing to be destructed by those who come with other messages, you have done well in resisting those destructive messages,” she said.
Mrs Museveni had joined husband Yoweri Museveni as he campaigned in the Karamoja region. Museveni is traversing the country holding scientific meetings with party leaders and flagbearers.
In his speech, the presidential candidate rallied the masses to shun leaders who prioritise their identity over community interests as such leaders would cause disunity and stagnate the development of their communities.
“If you take that line of identity, you get into problems because you cant achieve unity. If you haven’t achieved unity, you cant form a national government,” he explained.
On poverty eradication, Museveni called on the people to engage in income-generating activities to increase their household incomes. He encouraged them to take on commercial agriculture as one of the available ventures for poverty eradication.
“We need to work out a plan of how each homestead can earn income through agriculture. We can look at fruits, cattle keeping and goat rearing,” he said.
Comments

L-R Mr. Richard Kyambadde, Mr. Joseph Ongol of Wetlands Department during consultations on the wetlands policy and Bill. Extreme right is Mr. Anthony Wolimbwa who represented Partners for Resilience (PHOTO/Courtesy).KAMPALA —When floods swept through and...

UN Secretary-General Antonio Guterres (Front) attends the screening of the United Nations Day Concert 2020 in the General Assembly Hall at the UN headquarters in New York, on Oct. 22, 2020. (Mark Garten/UN Photo/Handout via...

Hundreds of Bobi Wine supporters are protesting the arrest of their candidate (PHOTO/Courtesy).KAMPALA – Three people are confirmed to have died while another 34 sustained serious injuries as police and the military confronted supporters of...