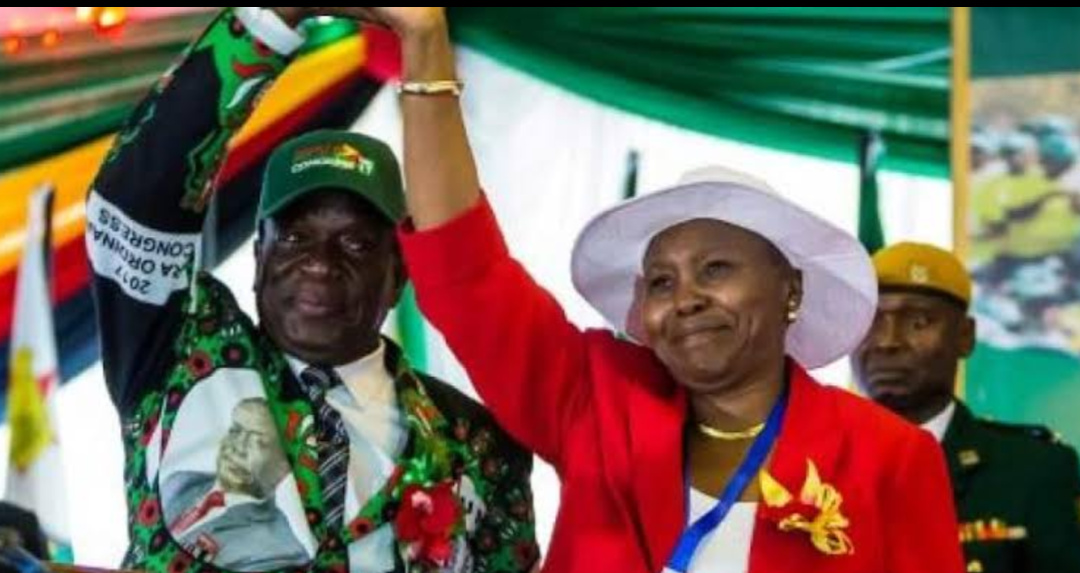 Zimbabwean President and defense minister Oppah Muchinguri-Kashiri (PHOTO/Courtesy).HARARE — Zimbabwean defense minister Oppah Muchinguri-Kashiri has said her government is closely monitoring the Islamic State-linked insurgency in neighboring Mozambique, but a possible military intervention will only be guided by a collective regional decision.
Attacks by extremist militant groups in Mozambique’s oil-rich Cabo Delgado Province, which increased during the year, have reportedly claimed over 2,000 lives and displaced more than 300,000 people.
Zimbabwe is greatly concerned with the unravelling situation, the state-run Herald newspaper, in its Friday editions, quoted Muchinguri-Kashiri as saying. The defense chief was speaking in an interview on the sidelines of a strategic planning workshop in Nyanga, Manicaland, on Wednesday.
“We are really worried with the situation prevailing in Mozambique, particularly in the Cabo Delgado region. The situation is no longer affecting Mozambique only. “It means there is provocation already on another SADC (Southern African Development Community) country and that is worrisome to Zimbabwe because Mozambique is our lifeline,” she said, urging the regional bloc to come up with a position to help its member countries.
The SADC groups Angola, Botswana, Comoros, the Democratic Republic of Congo, Eswatini, Lesotho, Madagascar, Malawi, Mauritius, Mozambique, Namibia, Seychelles, South Africa, Tanzania, Zambia, and Zimbabwe. “At the last SADC summit, there was nothing quite tangible that came out and we are seeing Mozambique now approaching countries like the United States of America and France for assistance,” Muchinguri-Kashir said.
“We do not know how far they have gone in that direction.”
Mozambique is crucial for Zimbabwe as it not only offers an arterial route to the seas, but also a critical oil pipeline linking the port city of Beira and Zimbabwe’s eastern city of Mutare, she said.
“It is very, very important that we take ownership of what is happening in our region because an attack on an SADC member state is an attack on all of us as a bloc. “Mozambique is our lifeline because it is our gateway to the sea. For all our goods, either rail or road, we use Mozambique because we are landlocked,” she said.
“It is in our best interest that SADC moves in quickly to address the situation. We need to find a lasting solution to this challenge,” Muchinguri-Kashiri said.
She said Zimbabwe would be guided by its SADC counterparts’ decision on intervention.
“You need to appreciate that our intervention in the Democratic Republic of Congo war resulted in the imposition of the economic sanctions that are affecting us. “As a region, we agreed that it should not just be a few countries that take part in regional security issues.
“Whatever happens, the region through the Troika organ on Politics, Defense and Security must come up with strategies so that decisions are made at that level. Collectively we are stronger,” she said.
Zimbabwe’s ruling party, ZANU-PF, this week also appealed to the SADC and the African Union to quickly intervene in Mozambique and help repel the insurgents. Acting party spokesperson Patrick Chinamasa said the SADC and the AU, which is currently chaired by South African President Cyril Ramaphosa, could not continue to ignore the plight of Mozambicans.
“The continued killing and displacement of Mozambicans is to ZANU-PF cause for real and grave indignation. To underline the magnitude of challenges confronting Mozambique, President (Filipe) Nyusi has already sought the support of SADC to repel the insurgency. “But despite the clear and worrying threat, SADC is yet to take a position on whether or not to deploy a SADC support military force,” he said.
Comments

By ReporterMan U vs Arsenal. Get 200% bonus on your first deposit? BET HERE and WIN BIG CASH.Club Pilsner as always did not let the world mark Halloween day without participating. Like the usual Club...

Minister Acheng   Kampala – 31 October 2020- The attention of the Ministry of Health has been drawn to the article that ran in the Saturday Vision newspaper that was published on October 31st 2020....