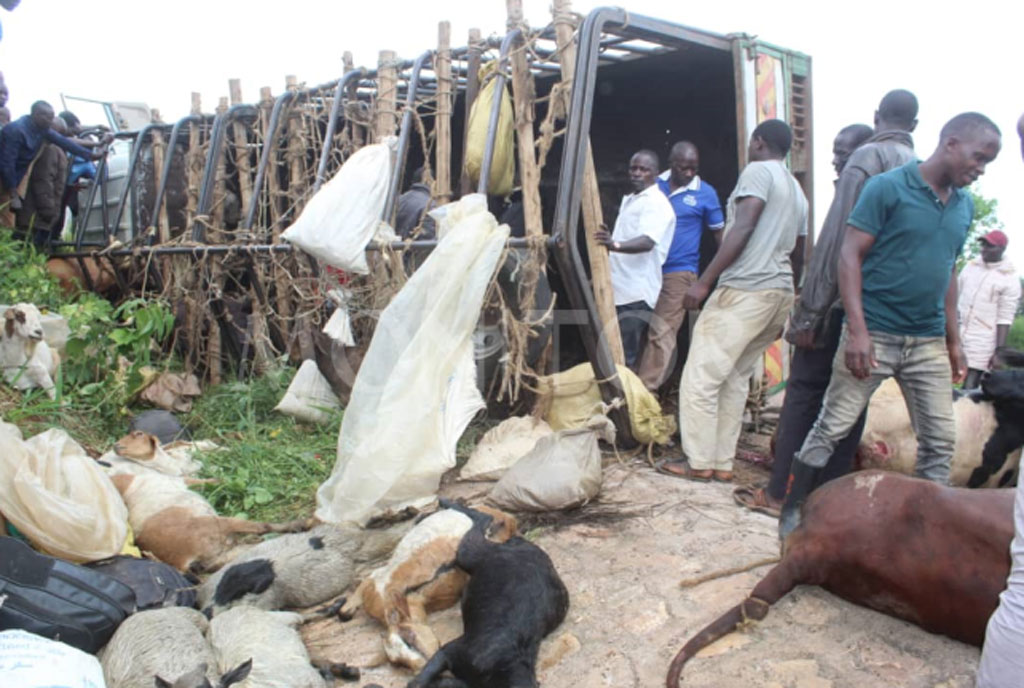 The crash at Lutunku Village in Kawanda Sub County in Sembabule District happened after the driver of a speeding truck lost control of the vehicle.

An eyewitnesses who preferred anonymity said one of the back tyres of the ill-fated truck burst before it swerved off the road and rolled several times on the ground. Over 40 animals including goats died on the spot during the 4pm accident.

Tens of animals died during the accident in Sembabule District on September 23, 2022.  PHOTO/CLEOPHAS TUKAMARWA

One of the survivors, Leonard Ssemakula told Monitor that they were heading to Kampala from Lwemiyaga County via the Sembabule- Gomba Road.

“We managed to save some animals with broken limbs but unfortunately some had already died since they were congested in the truck,” he added.

Sembabule District Police Commander (DPC), Mr Rogers Kapere attributed the crash to over speeding by the truck driver who was also injured.

“Police have always warned cattle traders against sitting on the trucks that carry livestock since they are always speeding which risks their lives,” he noted.