Duale Reacts to His Appointment as Defence CS 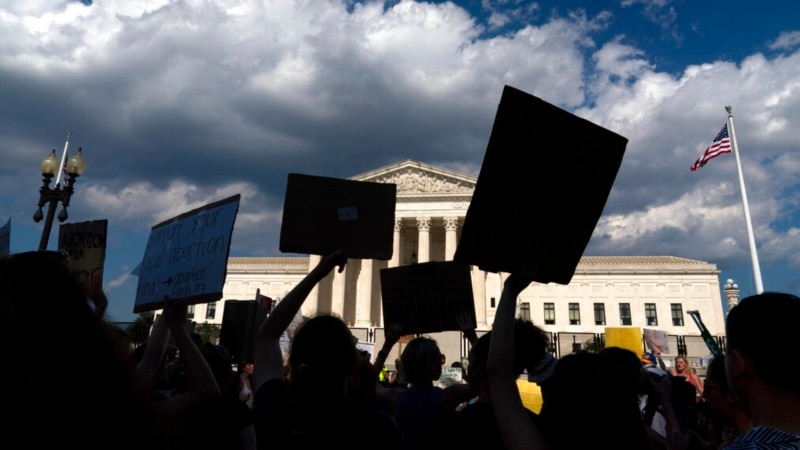 Washington —
In the wake of the U.S. Supreme Court’s decision in June to end the constitutional right to abortion, many Americans are wondering: Is abortion legal in my state?
In many parts of the country, the answer is often not clear-cut. In overturning Roe v. Wade, a 1973 ruling that established a constitutional right to abortion, the Supreme Court left it to each of the 50 states to decide whether to allow the procedure.
The result has been an ever-shifting patchwork of state laws and policies.
While Democratic-led states have rushed to enhance protections for abortion access, many conservative-leaning states have moved in the opposite direction, seeking to ban or severely restrict the procedure.
With more states considering new bans even as abortion providers challenge the restrictions, so muddied has the terrain for abortion access become that even in places where the procedure is legal, many opt to seek out-of-state care.
“What it’s plunged our country into is a state of uncertainty and chaos,” said Alaap Shah, a health care attorney at the Epstein Becker Green law firm. “We have yet to see how things will really play out with respect to enforcement of the laws and how it will really affect the various states and the citizens of those states. It’s a work in progress.”
Trigger laws
Before the Supreme Court ruling known as Dobbs, 13 Republican-controlled states had enacted so-called trigger laws — abortion bans that would go into effect once the decision was announced.
Three months out, eight of the trigger laws are in effect while most of the rest are facing court challenges, according to Elizabeth Nash, principal policy associate at the Guttmacher Institute, a reproductive health research group.

FILE – Protesters march around the Arizona Capitol after the Supreme Court decision to overturn the landmark Roe v. Wade abortion decision, in Phoenix, on June 24, 2022.

“It wasn’t like a light switch going on or off,” Nash said. “It has been that some of them went into effect immediately, like in Missouri, for example. But others, like the trigger ban in Tennessee, Idaho and Texas, went into effect at the end of August.”
In all, a dozen states — in the South and Midwest — have banned abortions, another two states have implemented six-week bans, while two other states — Florida and North Carolina — have 16-week and 20-week bans, respectively, according to the Guttmacher Institute.
With more states considering bans, “it does look like we will get closer to half the country living under an abortion ban in the next several months,” Nash said.
The bans have had far-reaching effects, forcing pregnant women seeking abortions to travel to states where the procedure is legal or opt to bring unwanted pregnancies to term, advocates say.
“We’re looking at 17.2 million women of reproductive age that now live in a state without abortion access,” Nash said.
Legal challenges
But abortion providers and rights advocates have been pressing for greater access, filing at least 15 major lawsuits to block the bans, many in states with a constitutional right to privacy or equality, according to Nash.
The state courts have responded in a variety of ways. In about half the cases, the courts have blocked laws banning abortion while in several others, judges have allowed the bans to remain in effect while legal challenges continue. All that has made for a deeply fragmented abortion access landscape.
Shah said, “We have to look state by state to see: What does the law say? Is someone enforcing that law? Is that enforcement up for debate because there’s another case challenging that enforcement?”

Take South Carolina. The Supreme Court ruling overturning Roe came down on a Friday and by Monday a 2021 state law banning abortion after about six weeks of pregnancy went into effect.
The law, known as the Fetal Heartbeat and Protection from Abortion Act, remained in force for a full seven weeks before the state Supreme Court, responding to a lawsuit filed by abortion providers, issued an injunction against its enforcement pending the outcome of the case.
As a result, a preexisting law allowing abortion before week 20 of pregnancy went back into effect.
But that wasn’t the end of the abortion debate in South Carolina. To muddy the waters further, Republican state lawmakers then launched a bid to enact a total ban on abortion. The effort failed after several GOP lawmakers refused to support the measure.
“I think it’s safe to say that the average South Carolinian is thoroughly confused about what is going on with abortion access in South Carolina now,” said Ann Warner, chief executive officer of Women’s Rights and Empowerment Network.
But lingering uncertainty over the legality of abortion is likely driving others to seek out-of-state care, Warner said.
That’s because “they don’t know or they’re concerned about even hostility towards getting the care that they need here in South Carolina, given everything that’s going on,” Warner said.
Law enforcement
It’s not just the ever-changing state laws that have added to mass confusion over the legal status of abortion. Adding to the uncertainty are mixed signals coming from law enforcement authorities, according to Shah.
In Texas, local prosecutors have split over enforcing the state’s new six-week ban. In Dallas County, the state’s second largest, the district attorney has vowed not to prosecute women seeking an abortion. But in two neighboring counties, local prosecutors say they will treat a violation of the ban like any other felony.

FILE – Abortion-rights demonstrators attend a rally at the Texas Capitol, in Austin, Texas, May 14, 2022.

In Wisconsin, a 19th-century ban on abortion went into effect in the wake of the Supreme Court ruling. But the state’s Democratic attorney general, Josh Kaul, says he won’t enforce the law while the Democratic governor, Tony Evers, is pushing for its repeal.
Nevertheless, all abortion clinics in the state have shut down, forcing women to travel to neighboring Illinois to end a pregnancy.
“People are shying away from engaging in those activities, even if there’s no real prosecutorial risk, and it’s because people are unsure about what the scope of these laws are and how enforcement will happen,” Shah said.
In both Wisconsin and Texas, the new abortion bans are facing legal challenges.
‘Stabilizing treatment’
Anti-abortion activists, who long advocated for the repeal of Roe, see the legal challenges as a threat to their long-term goal of banishing the procedure.
“These court cases are very serious,” said Eric Scheidler, executive director of the Pro-Life Action League. The court battles could go on for years, potentially ending up before the Supreme Court.
One potential Supreme Court case could arise out of a pair of lawsuits recently filed by the Justice Department challenging abortion bans in Idaho and Texas under a decades-old federal law known as the Emergency Treatment and Active Labor Act.
The law says that hospitals receiving federal funds must provide “necessary stabilizing treatment” to patients arriving in an emergency condition. That means if a doctor determines that the “necessary stabilizing treatment” is an abortion, state law can’t prohibit it, according to the Justice Department.
Federal judges in the two states have issued split rulings in response. While a federal judge in Idaho has issued an injunction against the state’s total abortion ban when it conflicts with the federal statute, in Texas a federal judge sided with the state.
If appellate courts issue similarly different rulings, the Supreme Court will likely get involved, Scheidler said.
“I’m sure these battles will continue for years,” Scheidler said. “If, let’s say, Planned Parenthood were successful in suing a state and got that state Supreme Court to limit their law, they’re going to try it again in another state.”