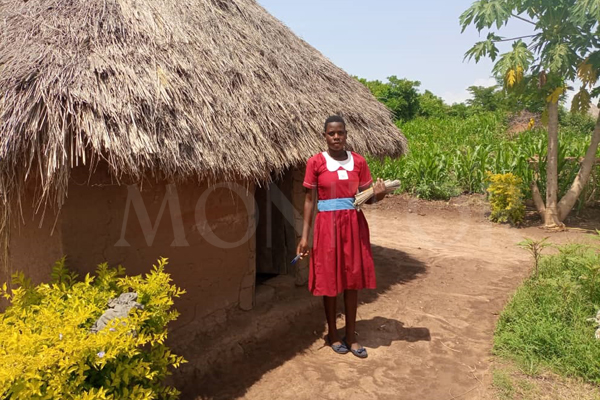 At least 10 well-wishers have come out to help a 16-year-old girl, who was abandoned by her parents at the age of three following the Monitor story.

Last week, this publication carried a story highlighting the plight of Joan Ruth Akeso, a pupil of Akaborepoli Primary School, Ochero Sub-county, Kaberamaido District, who has been struggling to fend for her own survival after being abandoned by her parents following a divorce.

Mr Vincent Otule, a Ugandan living  in the United States of America, said he will offer the girl a study scholarship from Senior One until she attains her dream of becoming a nurse.

“I promise to offer my support; Akeso should live to attain her dream like other children; her story  is so touching but God will make a way,” he said.

Mr Henry John from Netherlands said he will travel to Uganda to meet the little girl in order to grant her education support after her Primary Seven.

Mr John said Akeso should be supported since she has shown commitment to attain her dream.

“No child deserves to go through what she has gone through. Children should be accorded a dignified life, unfortunately, she has been denied that in her life as a child,” he told Daily Monitor in a WhatsApp message.

Akeso told Daily Monitor that both her parents have since moved on with other partners. “Since 2009, I have not seen my father, my mother also moved on with another new husband in Serere District,” she added.

The Primary Seven pupil says because of the current food shortages, at times she goes for days without a decent meal. She reveals that a month ago when the burden on her became too much to bear, she approached one of the relatives to help her locate her father in vain.