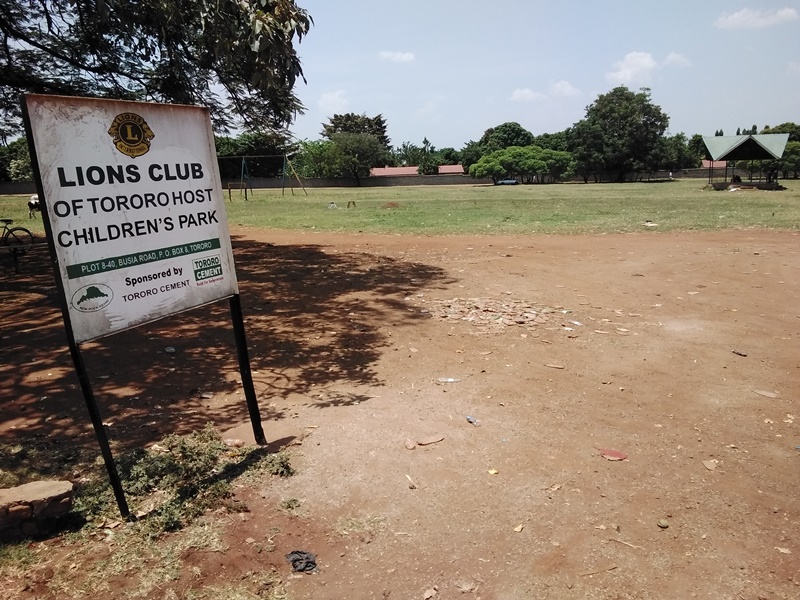 Authorities in Tororo Municipality have renewed calls to the government to save the remaining open spaces in urban areas following the alleged grabbing of Children’s Leisure Park land .

The municipal council gave the land in question, on plot 8 to 20 in South Central West Village on Busia Road, to Lions Club of Tororo to develop it into a children’s recreation centre in 1966.

The council repossessed the facility in April 1990 after the Club failed to renew its lease.

However, around 2015, the trustees of Lions Club under its new registration Lions Club of Tororo Host Limited applied to the district land board to be granted customary ownership.

The board reportedly granted their request without the knowledge of the council leadership.

When council officials learnt of it, they wrote to the Lands ministry to reject the request.

“There is evidence that The Lions Club of Tororo Host Limited have submitted a file to the ministry zonal office without a recommendation of the physical planning committee of Tororo municipal council which is irregular,’’ the February 12, 2021 letter and signed  by the town clerk, Mr  Paul Omoko,  reads  in part.

“Therefore, the purpose of this communication is to inform you about this irregularity and request your office to dishonor the application from The Lion’s Club of Tororo Host Limited who seem to be different from Lion’s club Tororo,” it adds.

The deputy town clerk, Ms Irene Okuna, said there was connivance between the district land board officials and the Lions Club of Tororo Host Limited to grab the land.

“We were not involved. We thank God their dealings did not succeed,” she said.

Mr Mark Olinga, the former municipal council town clerk, said the government needs to do more to save open spaces and other untitled government land from grabbers.

“I served as a town clerk for a number of years in Tororo and I left this land as an asset of the municipal council but I am surprised to hear that individuals are claiming ownership.. .This is madness,” Mr Olinga said.

Mr James Opolot, an opinion leader, said the area lands committee could have been compromised.

“They couldn’t have recommended the grabbers if their conscience was clear,” he said.

The president of the Municipal Development Forum Tororo, Mr Amos Omoit, said corruption has continued to fuel cases of land grabbing in the area.

When contacted, Mr Tom Mauso, the former chairperson area land committee of Western Division Tororo municipality, declined to comment on the matter.  The deputy town clerk, Ms Okunahe, however, said under Uganda Support for Municipal Infrastructure Development, council plans to reconstruct the park into a recreational centre so that it can earn revenue from it.

On May 14, the State House Anti-Corruption Unit together and police arrested the Lions Club of Tororo Host Limited’s three directors, the Tororo senior lands management officer and former chairperson of area land committee over the matter.

They were remanded to Morukatipe prisons before being released. The directors, John Dambio, Wamale Laurence and Nelson Gogo were arraigned before Tororo magistrate’s court and charged with obtaining land registration by false pretense and conspiracy to defraud. Mr Wamale said their decision to pursue the ownership of the land was only intended to safeguard it from being encroached by the council.  He said the council was planning to divide it into plots and lease it out to various investors for development.

Mr Euphrasius Fuorr Omeja, the senior lands management officer, said the board acted on recommendation from the area land committee.