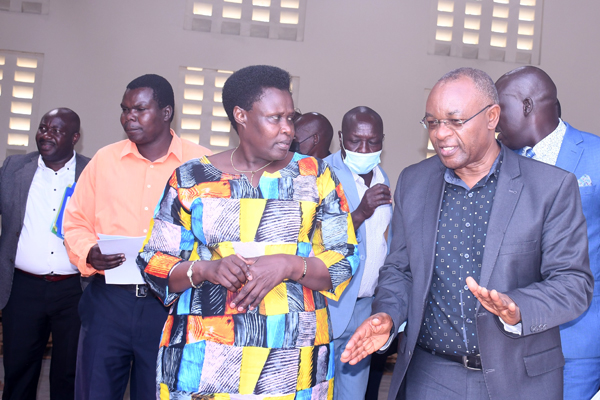 The Vice President, Ms Jessica Alupo, has commended the army for managing to keep the warriors under check from raiding animals from Katakwi District.Mid this year, the Uganda People’s Defence Forces (UPDF) deployed additional forces in Katakwi and areas of Kapelebyong District following a spike in cattle raids by suspected warriors from Karamoja Sub-region. Ms Alupo, who is also the Woman MP for Katakwi, made the remarks on Saturday while handing over a Shs317 million grain bulking centre constructed by the Islamic Development Bank for Ongongoja Fruit Farmers’ Cooperative Society.

“Karamoja is a centre of cattle raids. We thank you the army for prevailing over,” Ms Alupo said. She also appealed to UPDF to continue securing roads established for tracking warrior movements in the border points.Mr Godfrey Katamba, the Katakwi Resident District Commissioner, said they have also managed to crack down  on those who collaborate with the warriors, which he said explains the success that the army has registered.

“The only challenge we have now is the poor network at the border points, which is still affecting security operations,” he said.  Mr Geoffrey Omolo, the Katakwi District chairman, said what is now needed are vehicles to ease movement and deliveries of food to the forces.He added that although the current calmness is commendable, hundreds of animals that were stolen are still missing.