Another Kenyan domestic worker fighting for her life in Saudi Arabia

Another Kenyan domestic worker fighting for her life in Saudi Arabia 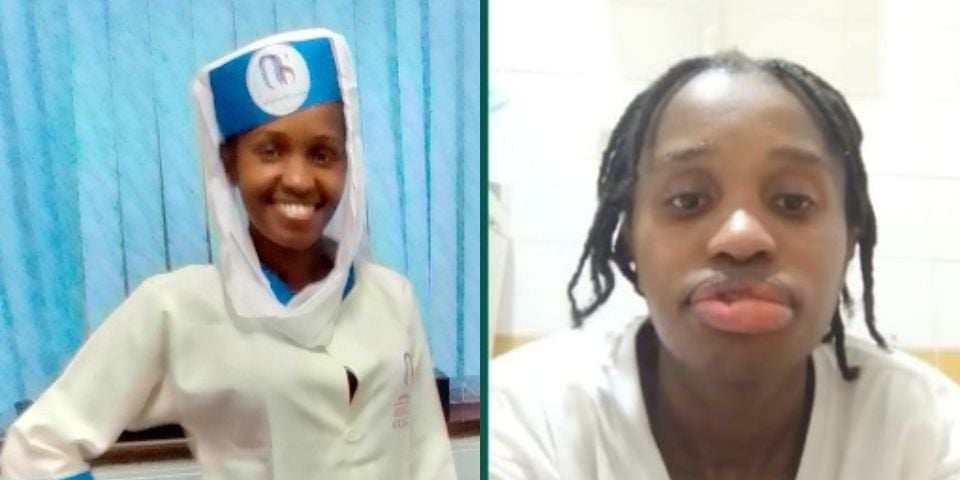 A Kenyan domestic worker is fighting for her life in Riyadh, Saudi Arabia, where she is locked up in a house by her employer, who has refused to let her return to Kenya.

But less than a year into the contract, her life is now in danger, with her welfare taking a turn for the worst three months after she arrived.

Trouble started for the 19-year-old when her boss allegedly started mistreating her by beating her and forcing her to work for two different employers on a single salary.

The beatings continued and got worse in July, when the employer realised she had made a call to Kenya.

“Please pray for God to spare my life. I need your prayers right now. It is not well here and I am in danger. Help me see my daughter again,” said Ms Wachira.

She said she was threatened with dire consequences for reaching out to the Kenyan office seeking to be repatriated.

She said her employer had threatened to blacklist her passport and was violent with her since she expressed her intention to return to Kenya.

“They promised to mete vengeance, telling me there is no Kenya I am going back to. I have escaped being put in a freezer several times. I don’t know where they are planning to take me to now,” she said.

She said she was told to return the money she had been paid for the duration of her contract and pay for her own ticket back to Kenya, but the Saudi office later changed its mind.

The Gulf office is run by Mr Abdulellah Mohsin and his son Hatem Altowailai. The former, Ms Wachira said, has been threatening her, saying he will make sure she suffers if she talks again to the Kenyan office.

“This agent has been threatening my life … He even said he will have my passport blacklisted. He has been violent to me,” she said.

Her visa“I shared all these with the agency in Kenya but nothing has been done. The agent has been accusing me of not doing my work properly and I should not return to Kenya yet I am very hardworking,” she added.

The Kenyan agency is headed by Joyce Irungu and is located on the 12th floor of Bazaar Plaza on Moi Avenue.

Reached for comment, Ms Irungu admitted she knew about Ms Wachira’s situation, adding that she was working to help return her to Kenya.

Ms Irungu said she had talked to the Riyadh office and they promised to take Ms Wachira to the office on Tuesday so that they could start the process of repatriating her.

“She has been saying they have been threatening her life and torturing her, prompting me to move her around. But she is still complaining, so I don’t want her to be changed again but brought back to Kenya,” said Ms Irungu.

But Ms Wachira said the agency had not helped much as her requests to be repatriated only saw her moved from one employer to another.

She stated that instead of being taken to the Kenyan Embassy, the Saudi Arabia office has resorted to selling her from one house to another.

“I am being monitored even when I go to the toilet. I feel I need to run away but they are monitoring my every move. Help me come back to Kenya for the sake of my daughter,” she said.

“We are suffering here in Saudi Arabia. The agencies come and dump us here. We are not here because we like it but because we are looking for a source of income for our families.”

Earlier this month, Foreign and Diaspora Affairs Cabinet Secretary Alfred Mutua travelled to the Gulf state to try to find ways of improving the welfare of Kenyan workers there.

A report from the Labour ministry last year revealed that some 93 Kenyan migrant workers had died in Saudi Arabia and other Gulf countries in the previous three years.

Some 87,784 Kenyans have been facilitated by the government to work in Middle East countries such as Qatar, the United Arab Emirates, Saudi Arabia and Bahrain since 2019.