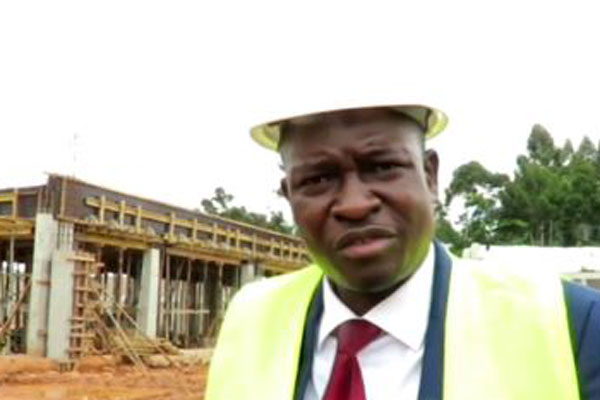 The Commercial Division of the High Court has ruled that the warrant of arrest issued against the Managing Director of Dei Minerals International, Mathias Magoola, over alleged failure to pay Shs268b legal fees, was irregularly issued.

In the ruling on Monday, Justice Anna Mugenyi said the registrar erred in fact and in law to issue an arrest warrant against someone for a contingent debt that can only be enforced when Dei Minerals Ltd recovers the money, which they have not done.

The money is owed to former minister Isaac Musumba, who in February dragged Magoola to court, saying the latter had failed to pay legal fees.

Musumba had represented Dei Minerals International in a legal dispute, which saw his clients claim compensation of $241 million (about Shs700b).

Magoola is meant to pay Musumba Shs268 billion as 30 percent of the decretal sum that Magoola and his Dei Minerals International firm are expected to earn from Videocon Industries Ltd, a UK-India based firm, for breach of contract.

In his defence, Magoola had told court that the key clauses of the case were that Musumba would only be compensated upon recovery of the money.

On Monday, High Court Judge Anna Mugenyi said there is no evidence that Dei Minerals Ltd had failed to recover the money.

She also questioned the manner in which the former minister Isaac Musumba and his lawyers obtained the warrant, and said its execution would disadvantage Magoola.