Architects Blame Corruption and Lack of Regulation for Building Collapse 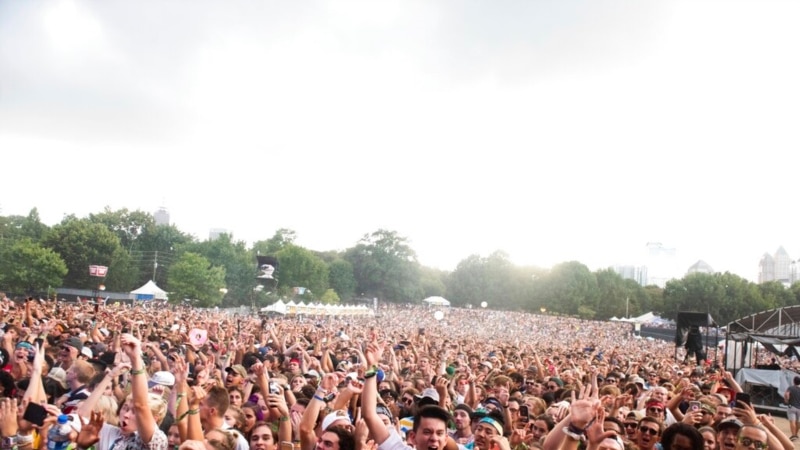 ATLANTA —
Tens of thousands of Music Midtown festivalgoers are no longer going to descend on Atlanta’s massive Piedmont Park next month to cheer on hip-hop star Future or watch beloved rock band My Chemical Romance take the stage.
In fact, some people are convinced Atlanta — center of the nation’s hip-hop music scene — will lose more music festivals and performances on public land as organizers and artists learn that state law makes it nearly impossible for them to stop people from carrying guns among the alcohol-fueled crowds.
That prospect has ignited a new fight over gun rights in Georgia that is roiling the governor’s race, casting a shadow over Atlanta’s vaunted music scene and adding to tension between the city and state.
Live Nation has refused to say why it recently called off September’s Music Midtown, a longtime fixture for pop music lovers.
But news outlets, citing anonymous sources, ascribed last week’s announcement to a 2019 Georgia Supreme Court decision that outlined limits on the ability of private companies to ban guns on public property. The ruling stemmed from a 2014 state law that expanded the locations where guns were allowed.
Democrats, led by Georgia gubernatorial candidate Stacey Abrams, pounced on the news, casting the cancellation as an example of the sort of economic fallout the state would experience from Republican Gov. Brian Kemp’s “extreme gun agenda.” Though the gun law cited in reports about Music Midtown was enacted under Kemp’s Republican predecessor, Kemp was a key backer of a new state law this year that eliminated the need for a license — and with it, a background check — to carry a handgun in public.
An Atlanta Journal-Constitution editorial warned the gun policies threaten Atlanta’s status as the “cultural capital of the South.” Atlanta City Council President Doug Shipman bemoaned the loss of this year’s Music Midtown, as well as its timing.
“All of these things are culminating at the moment when we should be coming out of COVID with music festivals and people gathering, a lot of economic activity,” he told The Associated Press.
Beyond the immediate fallout, the fight also added to a disconnect between Georgia’s heavily Democratic capital city and the GOP-controlled state Legislature that has recently expanded gun rights and restricted abortion and voting access. State leaders butted heads with huge Atlanta-based firms Delta Air Lines and Coca-Cola over the voting changes, which the companies called “unacceptable.”

Live Nation did not respond to emails about the cancellation of Music Midtown. The festival’s website cited “circumstances beyond our control,” but no one from the company has publicly blamed the state’s gun laws.
Phillip Evans, a gun rights activist who’d previously sued the Atlanta Botanical Garden over its gun-free policy, has said he had warned Music Midtown organizers that their policy of banning guns was contrary to state law. Evans’ suit prompted the 2019 state Supreme Court ruling that said private companies with a certain type of lease on public land could not ban guns.
Live Nation planned to host the festival at Piedmont Park — public land — where the festival had been held each year since 2011, with the coronavirus-related exception of 2020. And it almost certainly fell into the leasing category that would make a ban on guns illegal.
“In terms of Music Midtown, it’s virtually a no-brainer that they can’t ban guns there,” said John Monroe, an attorney who represented a gun rights group in the case before the state Supreme Court.
Canceling the event over the gun law would make sense from Live Nation’s perspective, said Timothy Lytton, a law professor at Georgia State University.
A mass shooting at a country music festival in Las Vegas in 2017 that claimed more than 50 lives cost MGM Resorts International — the owner of the concert venue — and its insurers $800 million in legal claims. With no restriction on guns, Live Nation was looking at potentially “astronomical” liability exposure at Music Midtown, Lytton said.
The cancellation was a blow to Georgia’s economy and local businesses.
Abrams said in a statement that Kemp “cares more about protecting dangerous people carrying guns in public than saving jobs and keeping business in Georgia,” and her campaign released an attack ad this week focused on the cancellation. Democrats in other states also weighed in.
Nevada Gov. Steve Sisolak tweeted, “Here in Nevada, we believe in common sense gun safety and protecting our reproductive rights. @MusicMidtown, we would love to have you in the Silver state!” North Carolina Gov. Roy Cooper also invited Music Midtown to his state.
Kemp accused Abrams and other Democrats of “pushing” critical narratives of Georgia’s firearms landscape to distract from inflation that he blames on the party’s policies.
Georgia also recently was criticized by Democratic California Gov. Gavin Newsom over a state law banning most abortions once fetal cardiac activity is present. The law took effect last month.
Newsom released an ad in the entertainment magazine Variety last week urging film companies to end production in states, including Georgia, that he accused of a “cruel assault on essential rights.” State tax credits have made Georgia a major destination for film production.
Kemp told reporters last week that he wasn’t worried about attempts by Democratic governors, including in California, to lure business away from Georgia.
“You check the gas prices in those states lately?” Kemp said, citing strong industrial development, tourism and film figures in Georgia.
Gun rights advocates have identified at least one other music venue in Atlanta that they say could be in violation of the 2014 gun law — Chastain Park, which features an amphitheater nestled inside a wealthy residential neighborhood and prohibits “weapons” at shows.
But the activists say they are not looking to shut down events, just protect themselves.
“If I’m going somewhere in a big crowd, I want to be able to carry my firearm,” said Jerry Henry, executive director of Georgia Second Amendment. “I will assure you there will be criminals out there.”