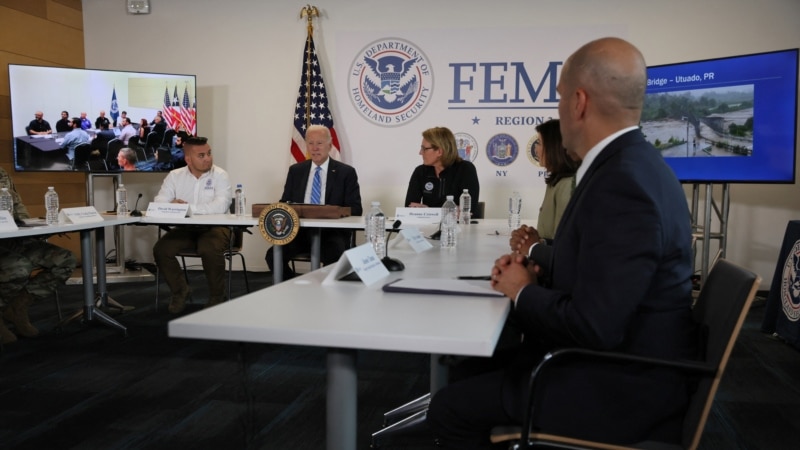 Washington —
The U.S. government is sending money and personnel to Puerto Rico to help the territory in the Caribbean recover from Hurricane Fiona, which has reportedly killed eight people on the island.
The destructive storm devastated Puerto Rico’s fragile power grid, blacking out the island, which is home to 3 million people.
During a visit Thursday to the New York City office of the Federal Emergency Management Agency, President Joe Biden received a briefing and announced more help is on the way.

“Too many homes and businesses are still without power, without clean drinking water,” Biden said. “Yesterday at the governor’s request I immediately approved an expedited major disaster declaration to provide individual and public assistance to help people and communities recover from [the hurricane] and this declaration is going to, well, get federal resources there quickly. And it’s going to help people start rebuilding their lives.”
The federal government for the next month, according to the president, will fully cover the cost of debris removal, search and rescue operations and power and water supply restoration, as well as for temporary shelters and food.
Puerto Rico has still been struggling to recover from Hurricane Maria five years ago. That storm killed 3,000 people and left the entire territory without electricity for a week.