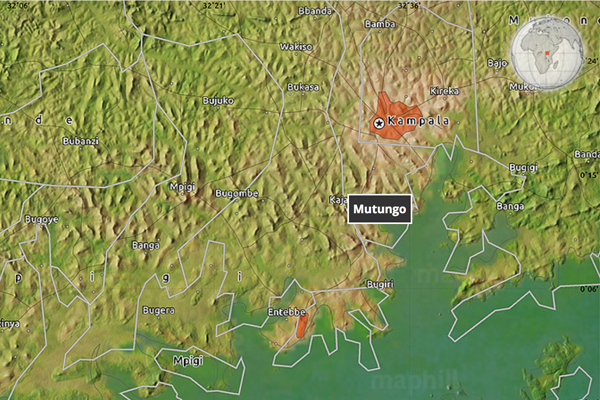 The family of Kabaka Edward Mutesa II have lost a protracted legal land feud to possess a one square mile prime land at Mutungo near Kampala to businessman Muhammed Kasasa.

The unanimous judgment rendered on Monday by a panel of three justices: Elizabeth Musoke, Christopher Gashirabake and Eva Luswata, brings relief to residents who have settled on the contested land.

Justice Christopher Gashirabake in his lead judgment, held: “In light of the above, I do not find any error on the part of the learned trial judge for having held that the appellants’ (royals) conduct mounted to approbation and reprobation. Their suing to recover land and thereafter filing another suit in which they categorically admitted to having lost the land sought to be recovered in an earlier suit was inconsistent conduct amounting to approbation and reprobation.”

He added: “Finally, save for the decision to reverse the order for full costs in the High Court civil suit 622 of 2003, and setting aside the award of costs in HCMA no 44 of 2020, the appeal substantially fails and it is hereby dismissed with costs”.

The appeal was filed by the administrators of the estate, Prince David Wassajja, Sarah Nalinya Kagere and Dorothy Nassolo against Mr Kasasa and the Attorney General seeking recovery of the land and compensation.

This was after they were dissatisfied with a High Court decision after Justice John Eudes Keitirima ruled in Mr Kasasa’s favour in 2020.

The decision now puts to rest a 19-year-old dispute on the 640-acre piece of land.

The royal family had sought court declaration that all transactions on the land were illegal and that Mr Kasasa did not lawfully acquire the land in question.

The land was first registered in the name of Sir Edward Muteesa II on June 13, 1968 but later transferred to Paul Andrew Benjamin Kwemalamala.

Mr Kasasa yesterday told this newspaper that prior to the court proceedings, the king’s family had wanted him to surrender part of the land, which he rejected.

“I am now relieved and even the tenants are happy with the ruling. They were scared that if Buganda Kingdom had won, they would be evicted because they knew what the kingdom had done to tenants in other places,” he said.

Mr Kasasa said the ruling now gives him a chance to start earning revenue from his investments.

“I am not evicting anybody. For years, I was battling bogus cases that shouldn’t have been there. The problem was that Kabaka’s family wanted me to surrender part of that land to them and when I refused, they started those claims against me but now justice has been served. I am so happy,” he said.

“For all these years, my family suffered, children dropped out of education institutions and I became a pauper yet I had all this land. Now that the ruling has been made; I can now sit with my tenants and we plan what to do,” he added.

It is not clear if Buganda Kingdom will appeal the ruling. We were unable to get comments as our calls to Mr Dennis Bugaya, the senior operations manager at Buganda Land Board,  went unanswered by press time.

Mr Paul Mugambe, the mayor of Nakawa Division, yesterday before obtaining a copy of the ruling, said they would engage different parties to get an amicable solution.

He said the Nakawa Division leadership is opposed to forceful evictions.

“The rights of the tenants must be respected at all times because as the sitting tenants, they must be given priority if they are to occupy the place and if evictions are going to be done, they must be given adequate notice to prepare and to vacate,” Mr Mugambe said.

Available court records indicate that the land in question was first owned by the late Sir Edward Muteesa II as the registered owner,  measuring approximately 640 acres since December 12, 1946.

The certificate of title further shows that the suit land was on June 13,1968 transferred into the name of Paul Andrew Benjamin Kwemalamala Kintu by Victoria Mpologorna who later on transferred it into the names of Lake View, Properties Ltd.