Cameroon PM Says Peace Returning To Separatist Regions; Residents Not So Sure

Cameroon PM Says Peace Returning To Separatist Regions; Residents Not So Sure 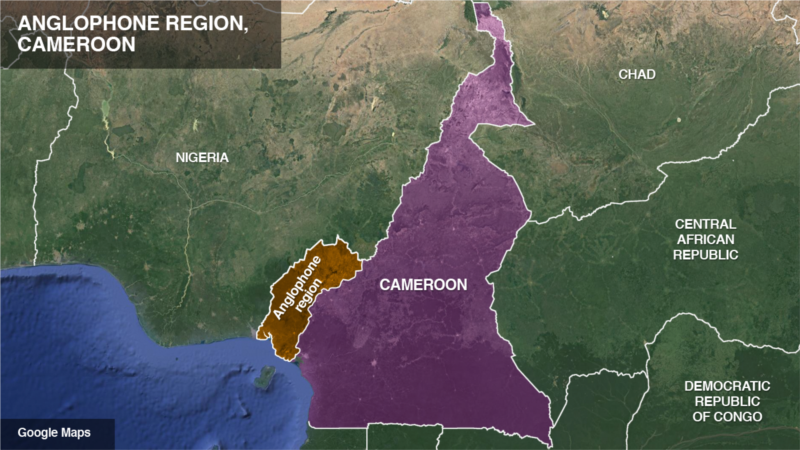 Yaounde, Cameroon —
Cameroonian separatists have rejected the prime minister’s declaration that their fight for independence has been largely crushed. Joseph Dion Ngute said federal troops have brought peace to conflict areas, and said life is returning to normal. But analysts say it’s too early to declare victory and rebels have vowed to keep fighting to carve out an English-speaking state from Francophone-majority Cameroon.
Ngute said fighters are losing in their attempt to set up an independent state in the Northwest and Southwest regions of Cameroon.
“Schools in most of our towns and in many suburbs have gone operational. Fresh vegetables, fresh ground nuts and other food products from the Northwest which had completely disappeared from the markets have returned,” he said. “Plantation agriculture has returned to production. Petit trading and transborder trade are thriving. Road transportation is becoming more and more fluid. Life is steadily returning to normalcy.”
Ngute said Thursday several thousand fighters have surrendered and turned in their weapons, and that hundreds of schools, farms and markets shut down when the separatist conflict began in 2017 are now back in operation.
The government says the several hundred remaining fighters have transformed themselves into armed gangs who are disrupting peace and committing grave human rights like rape, kidnapping for ransom and killing innocent civilians.
Capo Daniel, the deputy defense chief of the Ambazonia Defense Forces, one of the separatist groups, said Ngute’s claim that fighters are losing the battle with Cameroon government troops is unfounded. Daniel said the firepower of fighters has increased since the government organized its “Major National Dialogue” aimed at ending the crisis in 2019.
“The recommendations of the dialogue did not meet up with the aspirations of our people, which is for complete separation and outright independence of our territory,” he said. “The Cameroon prime minister should be reminded that our forces are increasing and are well disciplined.”
Daniel said he would not disclose the number of active separatist fighters but said less than a week ago, 300 were involved in running battles with government troops in Batibo, an English-speaking western district. The military acknowledged that its troops confronted several hundred fighters in Batibo.
Cameroon says among the recommendations of the national dialogue that are bringing peace are the creation of regional assemblies and regional councils for the English-speaking Northwest and Southwest regions.
Each of the two regions has an elected president, vice president and secretaries, the government says.
Cameroon says a commission to promote bilingualism is making sure that the same status is given to English and French languages to reduce domination by the French-speaking majority.
But Njume Peter Ambang a lawmaker from Cameroon’s restive Southwest region, said not much has changed since the dialogue, and thousands of civilians are reluctant to return to English-speaking towns and villages because threats and suffering have not gone away.
“The little ones cannot go to school,” he said on Cameroon state broadcaster CRTV. “The killings have been too much. Poverty has reached a certain level where it is so difficult for some families to even put a square meal on the table. The villages are virtually empty. Some projects have not been executed.”
He said projects that the government cannot carry out because fighters attack and kill workers include the construction of roads and some public buildings.
The United Nations says Cameroon’s five-year-old separatist conflict has killed at least 3,300 people and forced more than 750,000 to flee their homes.