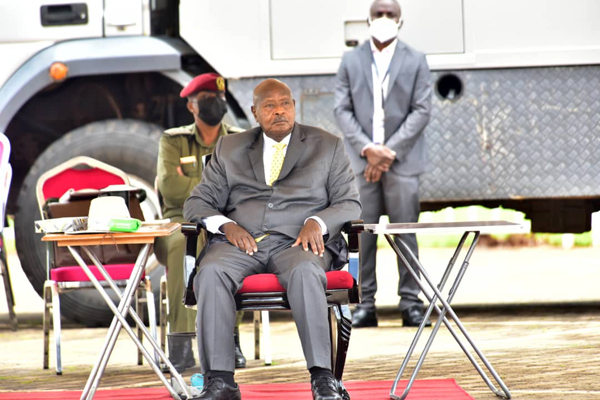 President Museveni on Tuesday evening announced the final list of Cabinet, bringing to an end weeks of anxiety and confusion. Our analysis shows that the total number of individuals named ministers is currently 81, higher than the proposed 80-ministers threshold, yet the list excludes the Justice and Constitutional Affairs docket, which remained vacant.In addition, Parliament is slated this morning to approve a request by the President to introduce one additional slot of a State minister.
An analysis of the appointments shows that western region dominates Cabinet positions at 13, including the President while central has eight, east seven slots, including the Vice President while northern region comes last with only four Cabinet positions.
Among the state ministers; north has 13, eastern 10, central 15 and western nine.Over all, central region has the highest number of ministers at 23, closely followed by western at 22, while eastern and northern trail with 19 and 17, respectively.Buganda, Uganda’s populous region that voted wholesale against the re-elected President, has contributed 15 ministers, the biggest, but lower than its numbers in the previous Cabinet.
The region lost the Vice President position, held for a decade by Mr Edward Ssekandi, to Teso’s Jessica Alupo, a former Education minister, who has made a strong political comeback after years in the cold. Busoga ranks second with nine ministers coming from the sub-region, which Mr Museveni lost to National Unity Platform’s Robert Kyagulanyi, alias Bobi Wine.In third position is Tooro, with eight ministers, where the incumbent has won since he began subjecting his administration to elections in 1996 while from Ankole, his backyard, the President has named seven ministers.
How other regions faredWest Nile, Lango and Teso – regions Mr Museveni won uniformly even to his own surprise – walk away with six ministers each, most superintending junior dockets.Bunyoro and Kigezi each have five ministers while Elgon and Bukedi tie at four ministers each. Acholi Sub-region, which already counts among its illustrious sons Parliament Speaker Jacob Oulanyah and Chief Justice Alphonse Owiny-Dollo, ranked third and fourth, respectively, in the national order of precedence, got three ministerial appointees as did Karamoja, Uganda least developed sub-region.
Taken broadly, eastern Uganda has produced 23 ministers, north 18, western 25 and central 15, bringing the total number of ministers to 81.Ms Lindah Nabusayi, the senior presidential press secretary, yesterday told this newspaper that the President has only sent the names for Parliament to vet and that a final decision on confirmations pend vetting.

“It is true there are 81 names sent to Parliament. The President has not yet requested for the one extra state minister and that will be done after the vetting process is over,” she said.Asked what happens if all the names pass through, and whether some names will be dropped to fit within the 80 ministers’ limit the President has requested, she said: “I don’t know yet, let’s wait to see what happens when we cross the bridge.”