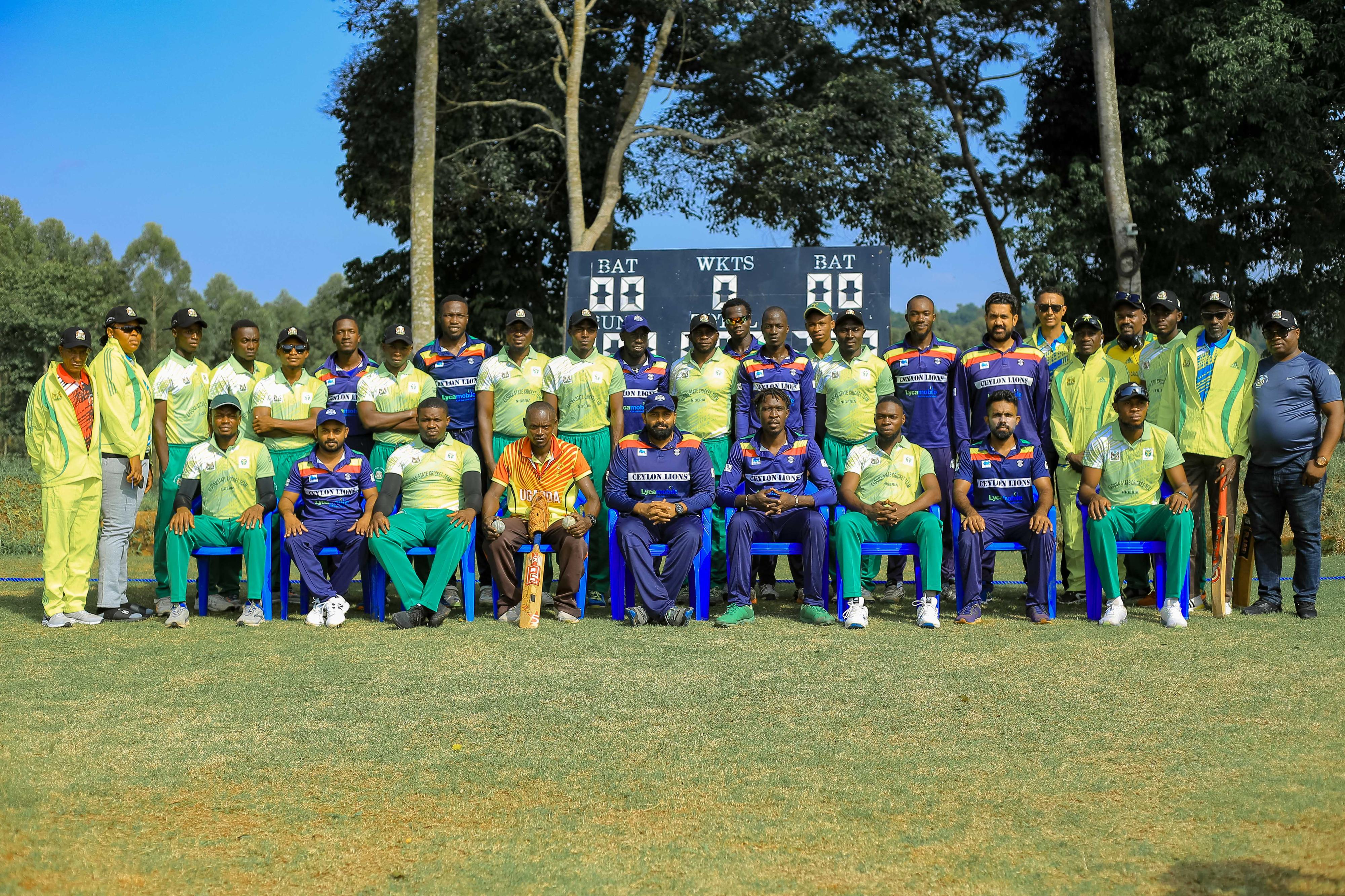 Despite being four years old on the local scene, Ceylon Lions harbour many ambitions as a cricket club that will grow into a sports club in the near future.The club ticked off a major milestone by being the first local club to host a foreign team at their home turf when Nigerian champions Kaduna State made the 100km round-trip voyage to the Serenity Oval in Kamengo for their opening fixture of the 2022 Tour of Uganda. The result should have mattered less but it offered a perfect tonic for the occasion as Ceylon Lions made home advantage count with a four-wicket victory attained in rather commanding fashion with a 41 balls remaining.

Big milestone “It is an important milestone in our journey as a club,” said club captain Ruwan Jayaratne after his team chased down the required target of 156 runs for victory.“They had four Nigerian internationals and made it tough for us. But we knew it was important to play quality opponents before the weekend game against league defending champions Aziz Damani.”The Lions are atop this year’s National League log with eight points but they have played one more rubber than second-placed Wanderers and Challengers, who have a similar tally of six points apiece.Jayaratne, who prominently featured in the victory over Kaduna State, with an incisive spinning spell of 4 wickets for 31 runs in 10 overs and 17 runs off 29 balls including two boundaries as an opener said the victory was a reward of being able to script and pull off team tactics.

Venom bowlers“We were a bowler short with our pace bowler Ivan Baidhu sick,” revealed Jayaratne, who is also the club founder. “They had the Okpe brothers; Isaac and Sylvester alongside Sesan Adedeji, who was the Man of the Series during the Pearl of Africa Series in September last year at Entebbe. So we thought, we would open the bowling with a spinner (me) and it worked.

“Things went our way, as I got Adedeji, then David Wabwire who bowled with venom got the other opener (Isaac Danladi) and our other left-arm spinner Hasith Dilhara kept things tight.”To justify Jayaratne’s words, Kaduna State were 115 for 4 in 29 overs at the water break but Ceylon Lions came back with spin from both ends to restrict them to 157. Dilhara finished with his own four scalps costing just 38 runs in 9.3 overs.

Bigger plansAnd despite stuttering in the runs chase at 81 runs for 6 wickets in 25 overs, the Lions roared home in 43.1 overs with left-hander Steve Wabwose (51 runs off 84 balls) and Ronald Opio (39 runs off 56 balls) constructing an unbeaten innings-repairing partnership of 78 runs for the seventh stand.“If we continue to pull off game plans like this, we will be in the run for the championship. We have three games to go. But we also have bigger plans for the facility. We are looking at adding tennis courts, a swimming pool and 20 rooms as we continue to grow,” concluded Jayaratne. Ceylon Lions are on the prowl with their prey in the vicinity and all could fall into place if Jayaratne’s feet stay on the ground.