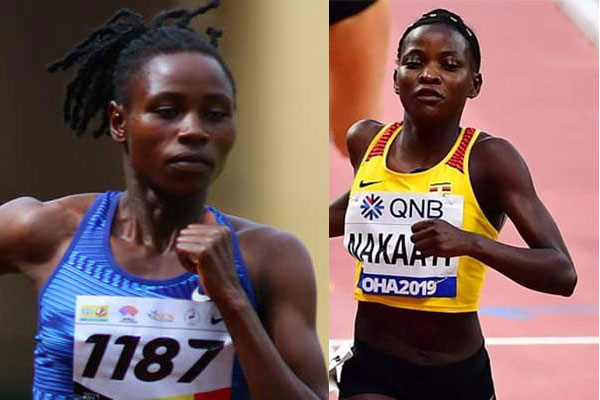 Esther Chebet is the latest to join the team that will represent Uganda at next month’s World Athletics Championships in Oregon, USA. The former 1500m runner switched to long-distance running after the Covid-19 pandemic and on Thursday, she finished third in a time of 15 minutes and 2.15 seconds over the 5000m during the World Athletics Continental Tour Silver Meeting in Samorin, Slovakia. By posting a new personal best after her sixth race over the 12-and-a-half-lap distance, Chebet beat the qualifying standard of 15:10.00.However, her younger counterpart Prisca Chesang came fifth in the race with 15:32.72. The race was won by the in-form Ethiopian Gudaf Tsegay in 14:31.91.

Punching below their weightStill in Europe but inside the Stadio Olimpico, middle-distance running pair Halimah Nakaayi and Winnie Nanyondo were stunned during the Rome Diamond League (DL) on Thursday night.They each put impressive runs but bottled it in the final 100m over the 800m and 1500m respectively. First, Nanyondo had smartly followed through the leaders while in third place in the inside lane but she withered terribly to finish ninth in 4:06.17. Ethiopian Hirut Meshesha, who is looking pretty this season, came through to power a strong finish in the last 600m to win in 4:03.79.And before the two-lap race, world champion Nakaayi had been pitted against Olympic champion Athing Mu. However, the American was a class apart from the rest of the 800m field, easily winning in a new world lead time of 1:57.01.