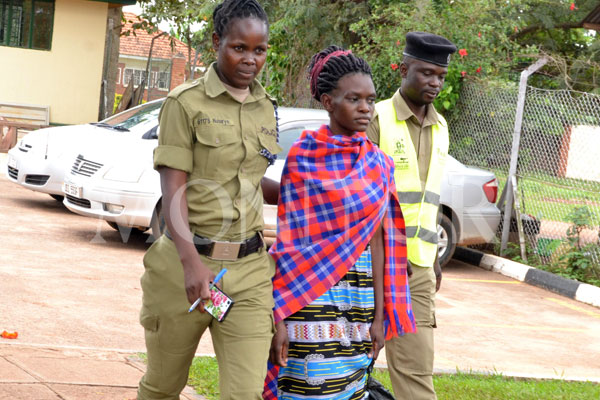 The Luweero Grade One Magistrate’s Court has given am 18-months sentenced to a mother on her own guilty plea for subjecting her two-year-old baby to cruel, inhuman treatment and bodily harm in breach of Section 7(1) of the Prevention and Prohibition of Torture Act 2012.

Dorothy Nabulime , a resident of Busula A village in Katikamu Subcounty, Luweero District appeared before the Luweero Chief Magistrate, Ms Mariam Nalujja Sserwanga, for her sentence on Tuesday after the same court convicted her on own guilty plea on September 6th.

Ms Nabulime will serve a prison sentence of 18 months for the charge of cruel and inhuman treatment of her baby and a six month sentence for the charge of causing bodily harm to the two-year old but the two sentences will be served concurrently, the Chief Magistrate told Court on Tuesday.

“While you serve the sentence, the prison should avail counseling services to ensure that you go back to society as a changed person. I have read through your defense but the child that you tortured was very innocent,” the Magistrate told the convict.

Court heard that Nabulime committed the offences between the month of May and September 3, 2022, when the shocking video in which she was filmed torturing the toddler went viral, sparking rage among citizens leading to her arrest.

Nabulime, a mother of three children later told Court that she was sorry for having subjected her own child to such ill treatment blaming the incident on anger. She told court she had conceived the child as a result of rape and does not know the father.

Meanwhile, the Luweero District Probation Office has revealed that the two- year-old baby is fine and temporarily at a Child Care home in Katikamu Sub-county in Luweero. Ms Joyce Namigadde, the Luweero probation officer in an interview with this publication advised residents to ensure that family challenges are shared with the authorities.

“The probation office is open and available to handle cases involving family challenges including the child welfare related cases. We also have the Local Councils, the office of the Community Development Officer and the Police Child and Family Protection Unit to handle family related cases,” she said on Tuesday.