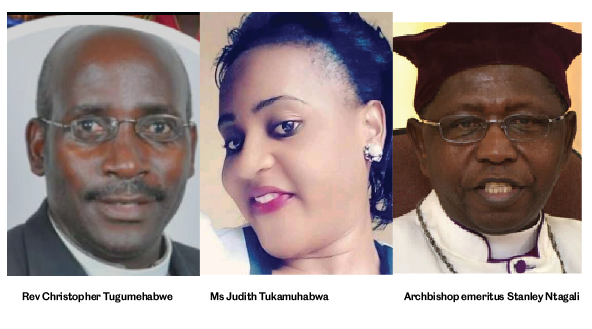 The Chief Magistrate’s Court in Kabale on Friday gave a Church of Uganda Reverend the green light to divorce his wife on account of having committed adultery.

Rev Christopher Tugumehabwe on February 24, 2021, filed a cross petition after his wife—Ms Judith Tukamuhabwa—had earlier (December 7, 2020) petitioned the same court, demanding that their marriage be dissolved. Ms Tukamuhabwa also wanted all the family property to be shared as well as being awarded costs of the petition.

In her petition, Ms Tukamuhabwa—through her lawyers of M/S New Mark advocates—confirmed that she wedded the respondent on December 15, 2018, at Rugarama Cathedral of Church of Uganda in Kabale Town. She also alleged that her husband later deserted her, having previously harassed and assaulted her.

In his cross petition, Rev Tugumehabwe revealed that “since the solemnisation of our marriage, the cross respondent has repeatedly committed adulterous acts with various men, one of them recently and publicly confirmed this adulterous act through his personal twitter account @bishopntagali and the same has been reported in several public and private newspapers and internet links.

Rev Tugumehabwe also made it known that he “suffered public embarrassment due to the cross petitioner’s acts of adultery with several men, but most notably the former Archbishop of the Church of Uganda Stanley Ntagali.”

Rev Tugumehabwe was represented by M/S Bikangiso and Company advocates. The decree nisi they successfully sought is, put simply, an order by a court of law stating the date on which a marriage will end unless a good reason not to grant a divorce is produced.

While delivering her ruling,  Grade One magistrate Racheal Tabaruka said the cross petitioner succeeded in proving his case against the petitioner.

“A decree nisi is granted, dissolving the marriage between the petitioner and the respondent. The motor vehicle RAVA 4 UBG 265T being a matrimonial property in the custody of the petitioner be brought to court or inspection and valuation to ascertain its current market value before it can be sold off and the respondent/cross petitioner gets 58 percent from the proceeds,” Ms Tabaruka ruled.

After the judgment was delivered, Rev Tugumehabwe expressed happiness and relief.

“I thank God for being on my side in this case. I am happy that justice has been timely delivered,” Rev Tugumehabwe said.

Ms Tukamuhabwa and her lawyers did not attend court at the time of delivering the judgment and both could not be reached for a comment by press time.

When Ms Tukamuhabwa married Rev Tugumehabwe in 2018, she entered the union with two children from a past relationship. She would later have another child during her marriage with Rev Tugumehabwe, but—remarkably—admitted in earlier court proceedings that the child was not the Reverend’s.