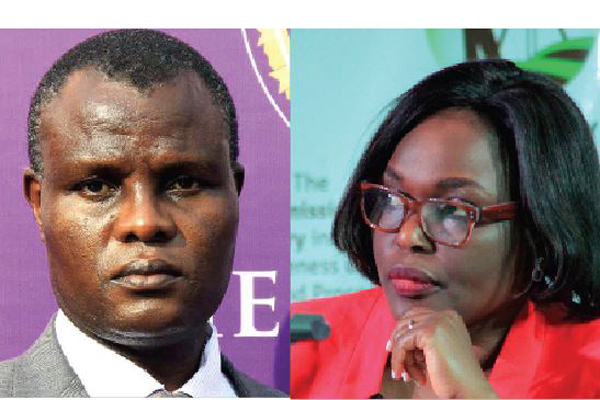 The Court of Appeal has in a landmark decision ruled that it is no longer an automatic half-share of matrimonial property for a divorcing couple.

In a unanimous judgment yesterday in Kampala, a panel of three justices held that the spouse’s share in the matrimonial property is instead dependent on his/ her contribution to it.

“I would allow grounds 2, 3 and 5 of the appeal with the consequences that the order of the trial judge awarding the respondent 50 percent share in the suit property would be set aside,” ruled Justice Muzamiru Mutangula Kibeedi, who wrote the lead judgment.

He added: “After re-evaluating the evidence before the trial court and trying my best to weigh the peculiar circumstances of this case, while not losing sight of the principles which I have discussed in detail herein above, I would declare that the respondent (wife) is entitled to 20 percent share in the suit property.”

The other justices were Elizabeth Musoke and Christopher Gashirabake.

The landmark pronouncements that will immensely create a big paradigm shift in how property acquired during marriage is shared, involved the marriage of Mr Joseph Waigo Ambayo and Ms Jackline Aserua.

Facts leading to the appeal were that the two started cohabiting in 1989 when Mr Ambayo was 24 years, while Ms Aserua was 19 years.

At the time of the judgment, the husband is 57 years while the wife is 52.

When the two started cohabiting under an “early marriage” arrangement of sorts, Ms Aserua had not completed her formal primary level education.

Her husband supported and financed her return to formal schooling and Ms Aserua made very commendable formal academic gains.

Among such gains were completing her primary education at Nakasero Primary School, obtaining a certificate in tailoring, and a diploma in designing and dress making.

During the cohabitation, the couple had two daughters and two sons.

After cohabiting for 16 years, the couple went on and solemnised their marriage in 2005, at Our Lady of Africa Church.

It was during this time that the land where their matrimonial house stands was purchased and most of the family developments were done.

The plot on which the matrimonial house stands is unregistered/ untitled, but the purchase agreement for the plot was written in the sole name of the husband as the purchaser.”

It is the contribution of each of the party to the property purchases and development which was the subject matter of the Court of Appeal to determine.

But prior in 2007, the couple started developing differences that led to the irretrievable breakdown of their marriage.

This saw the husband, in 2012, commence divorce proceedings against his wife before the High Court, Family Division, seeking dissolution. He cited grounds such as adultery, cruelty and desertion.

But the wife also put in a cross-petition for dissolution of the said marriage on grounds of cruelty, desertion and irretrievable breakdown of the marriage.

When the matter came up before the High Court, the parties partially settled the disputes by consent and the trial judge, Catherine Bamugemereire, issued a decree dissolving their marriage.

Further, court granted an order for the joint custody of the children, who were still minors.

But the contentious matter was the issue of the wife’s contribution to the matrimonial home that is located in Mutungo, Nakawa Division, Kampala.

But after hearing evidence from both sides, Justice Bamugemereire ruled:

“Whereas the contract upon which the matrimonial home stands is in the appellant’s names (husband) alone, the house, nonetheless, belonged to the couple jointly in equal shares.”

To that effect, Justice Bamugemereire ordered that the said house be sold or be valued and 50 percent of the value granted to the wife who worked so hard to acquire it.

The husband was dissatisfied with the decision of the High Court and appealed to the Court of Appeal, leading to yesterday’s decision, setting aside the 50 percent order of sharing the matrimonial property and instead substituted it with 20 percent share.

The main task for the Court of Appeal was to determine how the trial judge had determined the wife’s contribution to the matrimonial property before arriving at a conclusion that she deserved a 50 percent share of it.

The husband’s lawyer, during the hearing, argued that the wife’s evidence on her monetary contribution to the purchase of the suit property was not credible.

They further argued that her evidence was filled with inconsistencies in several aspects such as the actual amount that she had contributed, the purchase price of the said land and how the purchase money was delivered to the seller.

During the cross-examination, the wife said her contribution was that with the help of a land broker, she identified the said plot of land, which was purchased at Shs4.7m, then contributed cash amounting to Shs400,000 towards the purchase price.

“While the appellant (husband) paid Shs1.3m, the balance was paid using funds given to the couple by a Catholic priest. The wife contributed Shs270,000 towards fencing the plot,” reads the court documents.

But the husband rejected his estranged wife’s narrative and said she never contributed to the construction of the matrimonial house, except for one instance when she went to purchase the building materials with the workers before delivering them to the site.

But in its analysis, the Court of Appeal said the spousal contribution is a question of fact and went on to believe that the wife partly contributed to the construction of the matrimonial house.

The hard-hitting issue that was before the Court of Appeal for determination was about the quantum assessment or giving a monetary value to the non-monetary contribution made by the wife towards the matrimony property.

In its analysis, the court stated that the trial record indicated that the husband started with his wife when he was 24 years while she was 19 years, and that he educated her from primary level where she had stopped, to attaining several certificates and driving skills.

“However, it’s not shown anywhere in the judgment of the trial court  that it took into account these uncontested facts when evaluating the respondent’s final stake in the matrimonial property. Whereas it is common in marriages for spouses to render ‘unpaid care and domestic work’, it is also not uncommon for the spouse who has been the beneficiary or recipient of the ‘unpaid care and domestic work’ to reciprocate or otherwise reward the other in monetary and or non-monetary terms as they go along their marriage journey,” held Justice Kibeedi.

He added: “In the matter before this court, the appellant enabled the respondent to acquire formal education up to diploma level from an unknown level, which was below primary seven level. The cost of this venture can be evaluated in terms of the school fees and other money spent (or invested), her time, presence, and resources at school. This is what economists term as the ‘opportunity cost’ of the education venture.”

The court also went on to observe that the education that the husband gave to the wife, gave her transformative value since education ordinarily transforms individuals and their world outlook.

“The transformative aspect of education may take the form of increasing one’s life opportunities, which include one’s peers and circles of interaction. In my view, by the appellant investing in the respondent’s education, he was in a sense paying her and thereby, reduced the quantum of her claim for the unpaid work. The trial judge erred not to have taken into account this mode of payment,” he added.

Being a family matter that had even taken more than 10 years to be resolved, the justices said each party will bear their own costs in that court and the one below (High Court).