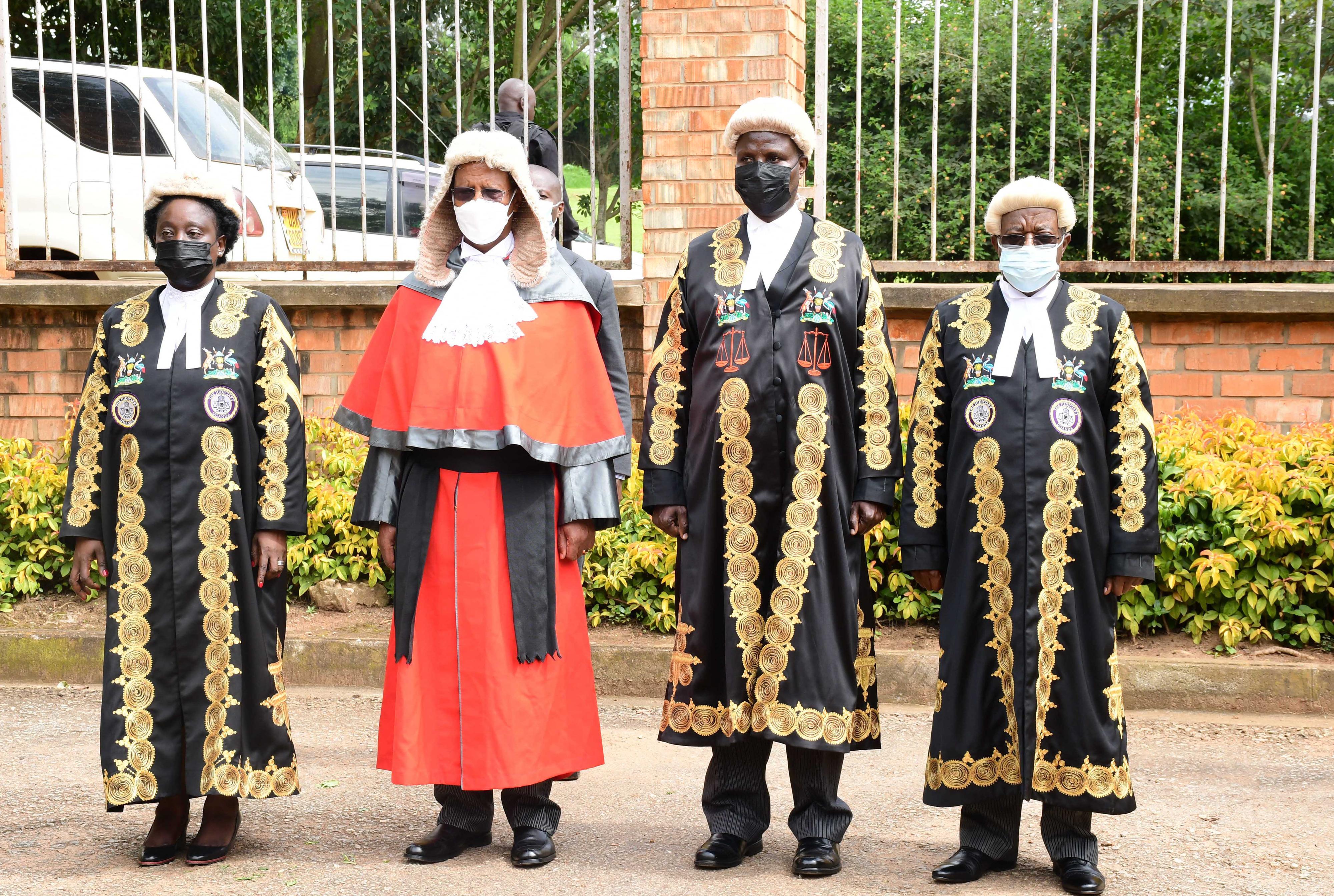 The Constitutional Court has ruled that 16 High Court judges who were appointed in acting capacity for two years, were recruited unconstitutionally.

In a four to one majority decision rendered yesterday, the justices faulted the Judicial Service Commission (JSC), a government body mandated to recruit and discipline errant judicial officers, for having recommended that President Museveni hires acting judges contrary to the Constitution that calls for substantive appointments.

Justice Monica Mugenyi, who wrote the lead judgment, stated that Article 142 (1) of the Constitution makes no reference whatsoever to the appointment of acting judges, neither does Article 138 (1) provide for the High Court to be constituted of acting judges.

“The appointment of 16 judges of the High Court subject to an acting term of two years is inconsistent with articles 2, 128, 138, 142 and 144 of the Constitution and is, to the extent, unconstitutional,” held Justice Mugenyi.

He added: “To that extent, it does undermine the supremacy of the Constitution and thus, similarly, flouts article 2 (1) thereof.”

The justices, however, clarified that the affected justices should not vacate their offices. They also ruled that the judgments and the decisions that they had so far passed while in office unconstitutionally, will not be rendered null and void.

“However, considering that the appointment of the 16 judges that are affected by this decision did wholly comply with the tripartite appointments mechanism outlined in article 142 (1) of the Constitution. My findings herein would apply retrospectively to nullify those appointments. In the same vein, given that the judges have since taken judicial oath and assumed office; in accordance with the doctrine of prospective annulment as was applied by this court,” Justice Mugenyi held.

The court directed the JSC to take necessary steps to regularise the appointment of the affected 16 judges into substantive appointments within six months.

President Museveni on May 25, appointed 16 judges of the High Court, but in acting capacity for two years.

This move was, however, challenged before court by Makerere University law don, Dr Kabumba Busingye, and city lawyer Andrew Karamagi, for being unconstitutional.

“…The actions of the JSC and the President in advising and appointing acting judges of the High Court contravenes the spirit of the security of the tenure for the judicial officers and undermines the provisions in Articles 128, 144 and 147 of the Constitution,”  the petition of Dr Kabumba and Mr Karamagi reads in part.

He added: “The acts of the JSC and the President of subjecting the appointment of the judges of the High Court to an acting period of two years, is out of the boundaries of the powers granted by the Constitution hence, a violation of Articles 2, 138, 142 and 144 of the Constitution.”

The petitioners wanted the court to declare the actions of President Museveni and the JSC unconstitutional.

“Article 142 (1) of the Constitution makes no reference whatsoever to the appointment of acting judges, neither does article 138 (1) provide for the High Court to be constituted of acting judges,” Justice Mugenyi  held.

Justice Madrama held that: “…The petition discloses insufficient material facts to disclose a cause of action under Article 137 (3) b of the Constitution for purposes of determining the questions put before the court for interpretation and I would reject the petition under Order 7 rules 1 e and 11 of the civil procedure rules with no order to costs.”

Dr Kabumba last night described the court’s decision as a “critical one”.

“It affirms the importance of judicial independence as one of the major pillars of Uganda’s constitutional order. In reaching the decision, the 4-1 majority of the court drew both upon Uganda’s constitutional history as well as the country’s international legal obligations – both significant and often ignored mechanisms for proper interpretation of the 1995 Constitution,” Dr Kabumba said by telephone.

“We are grateful to the court for appreciating and robustly affirming the constitutional principles that were at stake in this petition,” he added.

Court asked each party to bear its own costs.