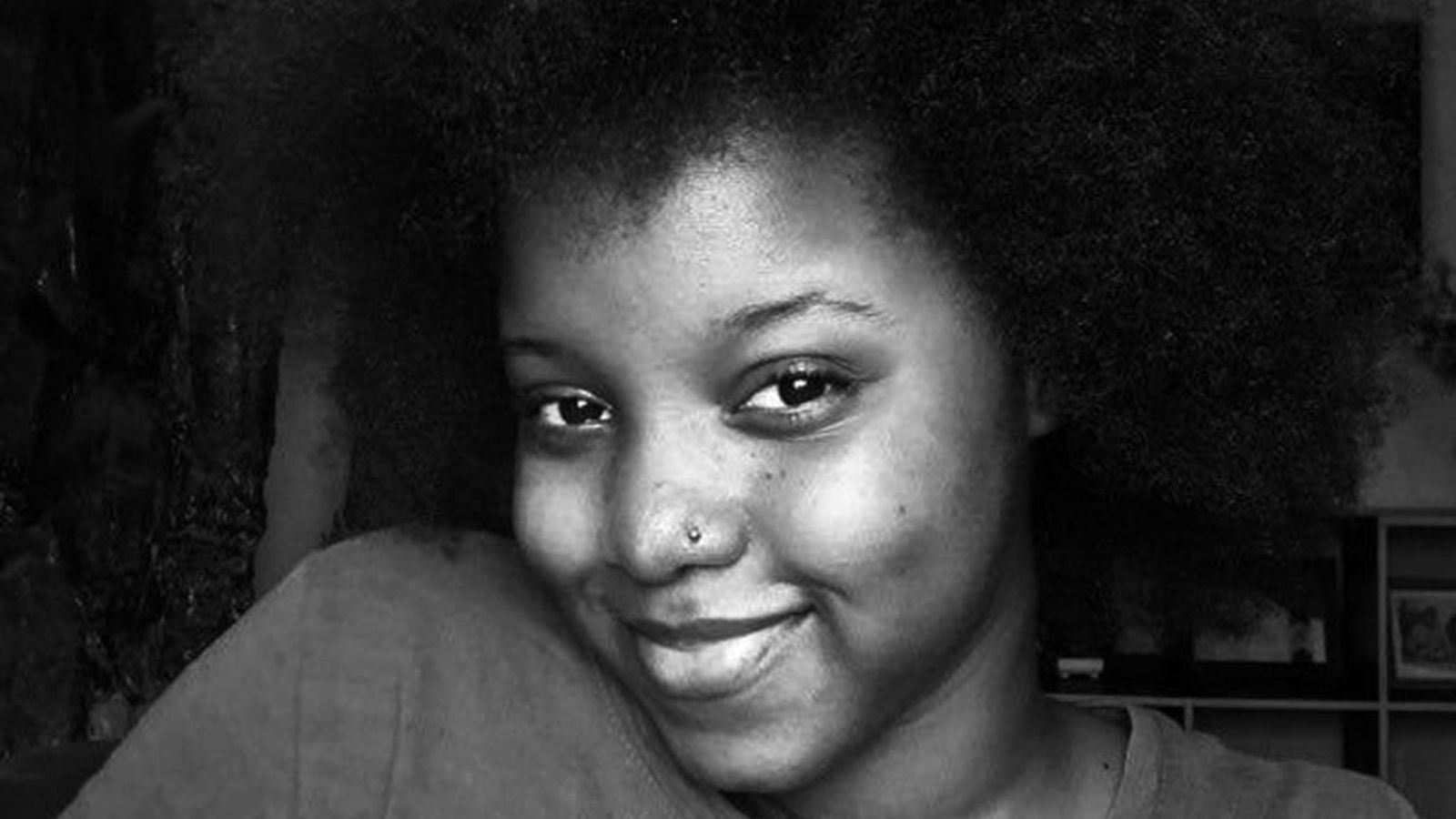 A once vibrant 22 year old, Desire Namazzi’s health started deteriorating in March 2021 as she battled with terrible headaches, nausea, night sweats and fatigue that worsened each day. She went to a clinic and was diagnosed with a bacterial infection but when she was given treatment, there was no relief.

When the then second year student, pursuing a bachelor’s degree in real estate business management at Makerere University, Business School sought a second opinion from another clinic, she was diagnosed with malaria. The situation persisted forcing her to go to Platinum Hospital for a full blood count and her white blood cells were exceptionally high, a red-flag for a bigger problem.

Namazzi showed the results to her aunt who was studying medicine and was told the results were not good. “However, she was not yet qualified thus advised that I get a proper diagnosis. Two days later, I had a biopsy of the bone marrow done at LMK Laboratories. On Sunday, while at my aunt’s place, she and mother walked in with sad faces.”

Her aunt, Dr Linda Nabitaka, broke the news from the biopsy. She had acute lymphoblastic leukemia and this is why her white blood cells count was higher than normal.

Dr Nabitaka briefed her through the entire treatment process but her greatest fear was losing her hair. Namazzi also wondered if she would continue going to school while on chemotherapy because she had read on the internet that one can survive cancer.

“All through the conversation, my mother had not gathered the strength to utter a word, she kept crying. I was told that I had to stay home because cancer treatment is not an easy journey. I was not so scared or moved by the news because I had been briefed and assured that I can get well if I complied. While the news brought my family very close, they were sadder than I was,” Namazzi says.

Starting treatmentOn April 19, Namazzi started chemotherapy with support from Baylor Uganda Foundation and Dr Peter Wasswa, her doctor who explained everything to her. After the first dose, she thought it was going to be a walk over because she only developed a moon face and no other side effects. However, the worst was yet to come.

After a review, Namazzi was told that the cancer was very aggressive thus not reacting to the chemotherapy. He, therefore, suggested that she gets higher doses. He also suggested that she prepares to go to India for a bone marrow transplant to aid replacement of unhealthy blood forming cells with healthy ones and foster complete healing.

“Namazzi had been strong until the review results showed that the chemotherapy did not have any effect on the cancer cells. There were still many as they were in the start. She became disheartened and frail,” her mother, Lydia Batuuka says.

The cost of a transplant is about $70,000 (approximately Shs250m) in India which Namazzi’s family could not afford. They devised several avenues from which they could get money to save her life. Since she was turning 21, her family made posters where they asked people to donate at least 21k, $21 or 21 Euros to save her life.At this point, Namazzi’s mother, reached out to Daily Monitor who wrote a compassion story to help the family raise the money that was needed.

Namazzi (right) with her nurse after the bone marrow transplant. PHOTO/BEATRICE NAKIBUUKA

Namazzi had to continue with chemotherapy while the family looked for the money and the second dose was tough on her. Apart from losing her lovely hair, she vomited a lot, had diarrhea, constipation, mouth sores and was dehydrated. As such, she was transfused three times a week and her immunity was very low. “With the second cycle, reality hit home and for the first time, I cried because my hair started falling off.

Inasmuch as my family was always around me, I started feeling the pinch of the treatment. As part of fundraising, they chose to throw me a birthday party in July but I did not want to celebrate it. How could I celebrate having cancer? I had darkened, lost a lot of weight and did not want to meet anyone,” she recalls.

Her cousin, Tracy Kambejja, recalls taking care of her in shifts and sometimes having to administer the medicine to her while at home. “We became nurses for her and since the medicine had to be taken on time, we had to learn how to do it ourselves. We had to be strong for her and I am happy she was also strong. We have lost so many relatives to cancer and she is the second one to survive,” Kabejja relates.

The most painful times were whenever the doctor was doing a biopsy to check the progress of the treatment. The first times, she was sedated but subsequently, she was told to bear the pain. Namazzi attributes her strength to the psychological help of her family owing to their presence.

Although many friends started contributing on seeing the posters and reading the article, it was a bad time owing to the effects of the pandemic. Namazzi had little hope that they would ever raise the money.

On August 1, she was flown to India because they had got the money required for the transplant. She was given another cycle of chemotherapy in the first week and radiotherapy thereafter under the guidance of Dr Gaurav Kharya with BMT team Apollo Indraprathsa Hospital – New Delhi.

“I was smiling again because my hair was growing again but it quickly fell off after radiotherapy. I realised it was making me feel depressed so I asked the doctor to have what was remaining cut,” Namazzi says.Namazzi needed a central line to her heart to help with administering medicine and drawing blood for tests because chemotherapy had damaged the veins. She also needed an NG feeding tube because she was vomiting and could not eat because of the oral sores. On September 4, 2022, she had a bone marrow transplant and her mother was her donor.

After 16 days, Namazzi was told that the stem-cells had started working but she developed allergies and her immune system became suppressed; coupled with side effects from the radiotherapy. Her skin became dry and peeling. After 32 days in hospital for this treatment., she was discharged only to be readmitted five days later because she developed a viral infection.

“At this point, I hated hospital since I was living in isolation. I had one caretaker and was not allowed to go out of the room and my diet was restricted. I only chatted with people online but I craved a physical meeting. My mental health was in the pits and I desperately needed to go home. I hated the reviews also because we would wake up very early since we were staying about 26km from the hospital and returned very late in the night since there were routine treatments I needed,” she recalls.

Namazzi needed more money for the weekly tests, and other treatments and fortunately, people continued contributing towards her cause even after she had gone to India. In total, she used about $80,000 (app 288m).

Getting betterAt the end of the treatment, she had lost about 10 kg and everything she tried to eat was vomited. As such, she had to stay in the hospital for 100 days after the transplant as she was being monitored.

“My girl had lost a lot of weight and thus looked very different. The doctor at the hospital told us she was homesick thus could not keep anything down. When we finally returned home on December 23, she was very excited and ate everything she came across. I feared that she was going to vomit but she did not,” her mother says.

At home, Namazzi had to take immunisation again just like the childhood schedule to help boost her immunity. She also lives in a protected environment with visits limited to friends and family that have been vaccinated from the Coronavirus. Luckily, she has not suffered as many complications, save in May when she developed jaundice and a skin rash which were managed.

Fortunately, she will not have to go back to India because her doctor came to Uganda in July and reviewed her from here. From the doctor’s report, Namazzi is now free from cancer. She has also regained her strength and feels better every day.

“I am waiting for my hair to grow again. I will also be starting school all over again and this time will be pursuing a bachelor’s degree in psychology because there are many people that need help psychologically. I realised this in a solitary room while on treatment,” she remarks.

Namazzi is eternally grateful for all the friends and relatives that contributed towards her treatment.