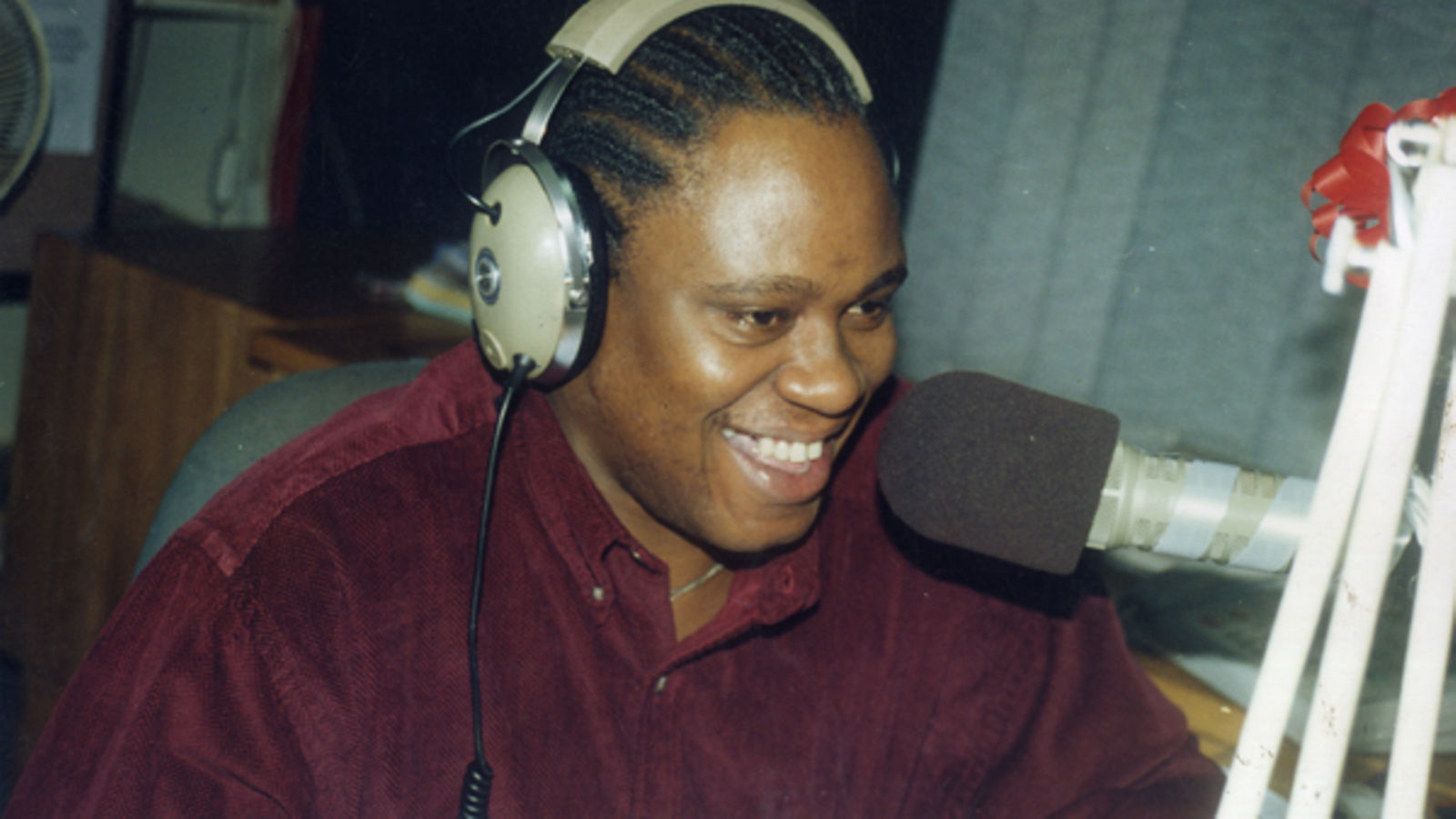 No one knows what happens after death but the life DJ Alex Ndawula lived can give a semblance of an idea.

The legendary deejay and radio presenter is probably in the afterlife making the most of what death gave him for, in life, that what he lived – turning every brittle thorn fate threw at him into roses.

For a man who could be gifted with a car and Shs30m for a send-off in a profession where a name is what most earn for, Ndawula’s world of deejaying and radio was truly beyond what many can dream of.

Among the many eulogies that poured on social media after the news of Ndawula’s passing at the age of 59 from Nsambya Hospital were claims that “I first heard Ndawula on FM radio in 1992.”

Some even pull their memory back to years before 1992, long before the first privately owned radio station, Sanyu FM, tested the airwaves on December 18, 1993.

The fact is that Ndawula was an institutional memory in the caricature of legends who compel one to have vivid memory of listening to them on radio.

Abdu Wasike, whose Dance Party show on KFM took on the concept of Ndawula’s Dance Force, remembers running foul with teachers in school over carrying a walkman to listen in.And Deputy Speaker of Parliament Thomas Tayebwa summed up the impact of Ndawula best.

“Thank you for the good times DJ Alex. I remember those days I used to almost sleep in our banana plantation every Saturday night because it was the only spot where I could get (read receive) Capital FM to listen to Dance Force in Bitereko [in Mitoma District, western Uganda]. You brought Kampala close to us. RIP Legend,” Mr Tayebwa tweeted.

Former Capital FM presenter Alan Kasujja, now BBC News Day anchor, said Ndawula was his original radio hero.“It was very clear from the early days of the FM radio that Alex was the one who stood out. So, for a long time, one of my dreams was to present the Capital FM breakfast show, like Alex,” Kasujja said.

Back on December 18, 1993, when John Katto and four foreign engineers had driven to parts of the country to confirm that indeed the crispy sounds from Sanyu FM were being received on 88.2 FM, he returned to Kampala to start on recruitment of presenters.

Chris Ireland was already with the startup station’s marketing department and duly offered himself for presenter job. Ndawula became the second recruit.

The architecture-wannabe had begrudgingly taken up a marketing course at Makerere University Business School after fate had juggled him twice or so for his dream career studies when he took up his first job at Kiss Foto Lab. He was the in-charge of photography and engraving.

It was a few months into his hustle as a freelance designer when he heard about Katto’s presenter-hunting escapade.Ndawula walked to Naguru for his voice test. He walked out a legend despite fate attempting one more cruel joke on the radio talent and deejay he already was.

Sanyu had already recruited more would-be stars such as Robert Ogwal, aka Rasta Rob, Christine Mawadri and Chazio when it happened.

“At that time we did not have specific programmes and Alex was out deejaying and I was doing the New Year’s Eve show,” Ireland told Monitor in a past interview.

“Alex was scheduled for the 6am show and I would do the nine o’clock show. He did not make it and I was not there either. When I reported, Katto told me he did not want us anymore. I remember CTV (now CGTN) had come to do filming about radio in Uganda and they were filming us not knowing we had been fired,” he added.

At the time Ndawula was getting fired, Capital FM was testing its signals after going up on New Year’s Eve of 1994. If Patrick Quarcoo and William Pike did not feel it then, they must have noticed it when Ndawula checked into Capital on the third floor of Baumann House along Parliament Avenue on Easter Weekend.

It is from here that Ndawula would become arguably the biggest ever radio presenter and DJ in the country.“I was hardworking and responsible, my hobbies like playing music rotated around what I do today (radio presenting and DJ) so I began shaping the all-time best radio DJ I am today while still a child,” Ndawula told Daily Monitor in 2014.

While Sanyu appealed to the young and restless, Capital FM’s scope embraced all. It’s programmes appealed to the corporate and political class such as the Breakfast Show, Capital Gang and Overdrive and Hot7.

According to Mr Timothy Kalyegira, a veteran journalist and one of the first Ugandans to read news on Capital, the weekday programming in 1994 saw a roll of Alex Ndawula from 6am to 10am, followed by David Bruno from 10am to 1pm, then came Shanks Vivie D from 1pm to 4pm.

The Breakfast Show was rebranded to the Morning Crew with Irene Ochwo, who was later replaced with Ndawula’s longest partner in crime, Christine Mawadri with the likes of Zizinga, Ramesh, and Oulanyah falling in along the years as comedians on the show.

Between that time and his retirement in 2017, Ndawula had worked with and helped three generations of presenters, including the two current show hosts in Lucky Mbabazi and Gaetano Kaggwa.

Radio might be taken for granted today but in the 90s, it was an infectious part of life.

Back at Sanyu, Ndawula and Ireland had trialed and nailed it with shows that mimicked a public setting more like radio sports programmes do when broadcasting live matches today. They would use sound effects to make listeners believe they were swarmed with crowds in a studio.

And the man who had to be fired for wanting so much of the club in his radio career was still nursing that particular dream. He figured out from the artificial crowd setting that he could actually bring the club feel to a live radio show without any deception.

Dance Force on Capital FM wasn’t your conventional programme; it was the heart and soul of Ndawula. The man who had to hold back so much on Morning Crew and Overdrive would be unleashed on Saturday nights and act like a DJ in a club itself.

“One of the most brilliant ideas on Saturday night radio… Apart from the adverts, Dance Force was more of night club disco on radio,” says Wasike.

Dance Force took Ndawula into imaginary clubs in many listeners’ world and with it, Ndawula’s stature as a DJ. It is on this show that Ndawula exuded his real life persona. “Nothing is as intimidating and equally as exciting like speaking to Alex on the phone when he’s on the radio, especially during the Dance Force. He could Muhammad Ali you! You had to be at your best, in every sense of it,” says Abbey Rafsanjan, a former society journalist with Monitor.

Ndawula was only eight when his father Emmanuel died. He was lifted off to Uganda from New York where he was born on January 8, 1963. While many could have been fretting at such a joke of change of setting, Ndawula just embraced what had befallen him. He was so into it that even when his mother, Frances, and sister returned to the US, he opted to live in Kampala for the rest of his life.

But fate does not just leave those they haunt alone. As he started education at Nakasero Primary School, he realised the environment would do his asthmatic condition no favours. Off to St Mary’s Nairobi he went.

But he was back to his roots in Uganda, joining St Mary’s College Kisubi that he also left because he was not performing as well as he used to. He went back to Nairobi and returned to complete his secondary education at Namasagali.

“Originally, I had aspired to be an architect, but you know in life there are times when the scale of luck does not tilt in your favour.

When I finished my A-Levels at Namasagali, architecture was no longer sponsored and no other school in East Africa, apart from Nairobi had an architecture department, that is how I found myself at Nakawa,” he said.

After re-writing A-Level exams at Caltec Academy, hoping to nail it with Architecture, in vain, Ndawula allowed this one fate to beat him but set out to shame it by succeeding in life nonetheless.

Ndawula succeeded with radio in a way fate would brag that it was responsible for driving him to that path. From inspiring many on radio to making millions enjoy their club life within their living rooms or bedrooms, there are the likes of Oulanyah who were inspired in a different way.

As Lucky Mbabazi observed in an interview with Capital FM, Ndawula was a man of class who wore nice colognes.“There is a time I worked with Alex for around two years and the guy didn’t repeat a shirt. He inspired me to start using perfume,” recalls Oulanyah.

But there is another side to life where fate had Ndawula on the canvas. He was in 2014 left in a heap of heartbreak when Drucilla, his wife of many years, left him.

Ndawula left the world with no child to continue his legend. It is nothing like he could have helped.

“He was injured during a rugby game and that left him with a ‘dysfunctional system,’” a showbiz journalist who was close to Ndawula intimated.

Deputy Speaker Thomas Tayebwa: “Thank you for the good times DJ Alex. I remember those days I used to almost sleep in our banana plantation every Saturday night because it was the only spot where I could get (read receive) Capital FM to listen to Dance Force in Bitereko [in Mitoma District, western Uganda]. You brought Kampala close to us. RIP Legend.”

Alan Kasujja,  BBC News Day anchor: “It was very clear from the early days of the FM radio that Alex was the one who stood out. So, for a long time, one of my dreams was to present the Capital FM breakfast show, like Alex.”

Abbey Rafsanjan, journalist: “Nothing is as intimidating and equally as exciting like speaking to Alex on the phone when he’s on the radio, especially during the Dance Force. He could Muhammad Ali you! You had to be at your best, in every sense of it.”