Donald Trump: The art of the comeback?

Donald Trump: The art of the comeback? 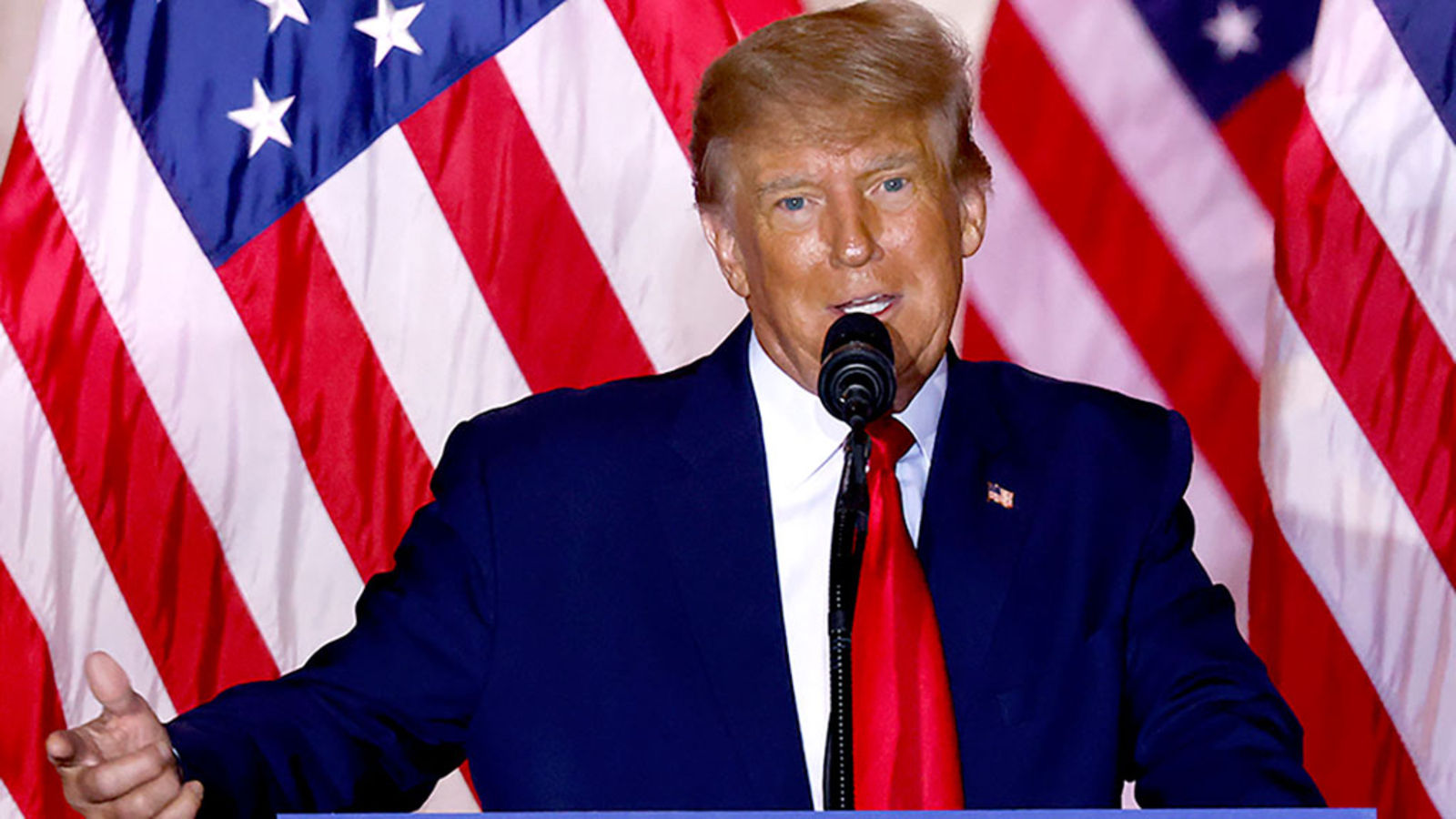 From his earliest business days, Donald Trump has always wanted to be the center of attention.

Now the former president has put himself firmly back at the top of the agenda — brushing off a lackluster midterm showing by his loyalists, and pulling the trigger on a third run for the White House in 2024.

To millions of passionate backers, the 76-year-old is the man who broke the mold, defying the political system to champion what he dubbed the “forgotten men and women” of middle America.

To many others, Trump broke the country — and now threatens to break it again as he attempts to reconquer the presidency.

It ended in mayhem when the former real estate entrepreneur with dyed blond hair refused to accept his defeat by Joe Biden, and then stoked supporters to storm Congress on January 6, 2021.

In office, Trump upended every norm, ranging from the trivial (what got planted in the Rose Garden) to the fundamental (relations with NATO).

And as an ex-president, his wrecking ball political presence continued to dominate an increasingly far-right Republican Party.

Entangled in mounting legal woes, he pushed his 2020 election lies ever more vigorously — arguably sabotaging his party’s midterm performance by backing an army of election-denying candidates, who fared dismally.

But Trump proved undeterred by the rumblings of dissent in his party, as he threw his hat back into the ring for 2024.

When the FBI searched his Mar-a-Lago residence in Florida this summer to retrieve top secret documents that Trump had allegedly pilfered on his way out of the White House, opponents thought his time was really up — that criminal charges and even prison awaited.

A probe into his attempt to overturn the 2020 election could also potentially result in charges.

But supporters embrace Trump’s insistence that he is somehow suffering on their behalf.

“The political persecution of President Donald J. Trump has been going on for years,” Trump wrote on his Truth Social platform, which he launched to circumvent his Twitter ban.

“I restored power to the people, and truly delivered for our Country, like we have never seen before. The establishment hated it.”

Back in 2016, many Americans literally laughed at the idea of a future Trump White House.

When Democrats launched two impeachment proceedings, the Republican Party backed him to the hilt. He was acquitted both times.

Journalists became the “enemy of the people.” Intelligence services and the FBI were demonized as the “deep state.” Opponents in Congress were variously branded “crazy” and treasonous.

On the world stage, it was the same story. Trump turned US alliances into cut-throat business relationships.

Friendly partners like South Korea, Germany and Canada were accused of trying to “rip us off.”

US foes and rivals like North Korea and China were invited to negotiate in dramatic, if patchy, diplomatic initiatives where Trump cast himself in the starring role.

Prior to 2016, he was famous mostly for the ruthless character he played on the reality TV show “The Apprentice,” for developing luxury buildings and golf clubs, and for his former fashion model wife Melania.

But academics noted parallels between Trump’s evolution as a politician and those of autocrats in countries where democratic institutions exist only as facades.

He relished the controversy, joking — he said he was joking, at least — about changing the constitution to stay in power indefinitely. “It drives them crazy,” he said gleefully.

He also mused — or was it a joke? — about being added to the monumental Mount Rushmore sculptures, alongside George Washington, Thomas Jefferson, Theodore Roosevelt and Abraham Lincoln.

But as the Covid tragedy spiraled, Trump looked inept, granting Biden an opening. The Democrat’s old-school ways and calming centrist message propelled him to a comfortable majority.

Facing defeat as the 2020 results came in, Trump pulled the trigger.

“If you count the legal votes, I easily win,” he declared in the White House right after the election, unleashing an unprecedented challenge to US democracy that would climax in the January 6 violence.

Disgrace looked assured, and the Trump story looked over — but it wasn’t. And he is back for more.

Trump said a lot of things about himself. Many of them — The Washington Post counted more than 30,000 false or misleading claims — were untrue.

One typically brazen claim, though, was hard to contest: “There’s never been a president like President Trump.”