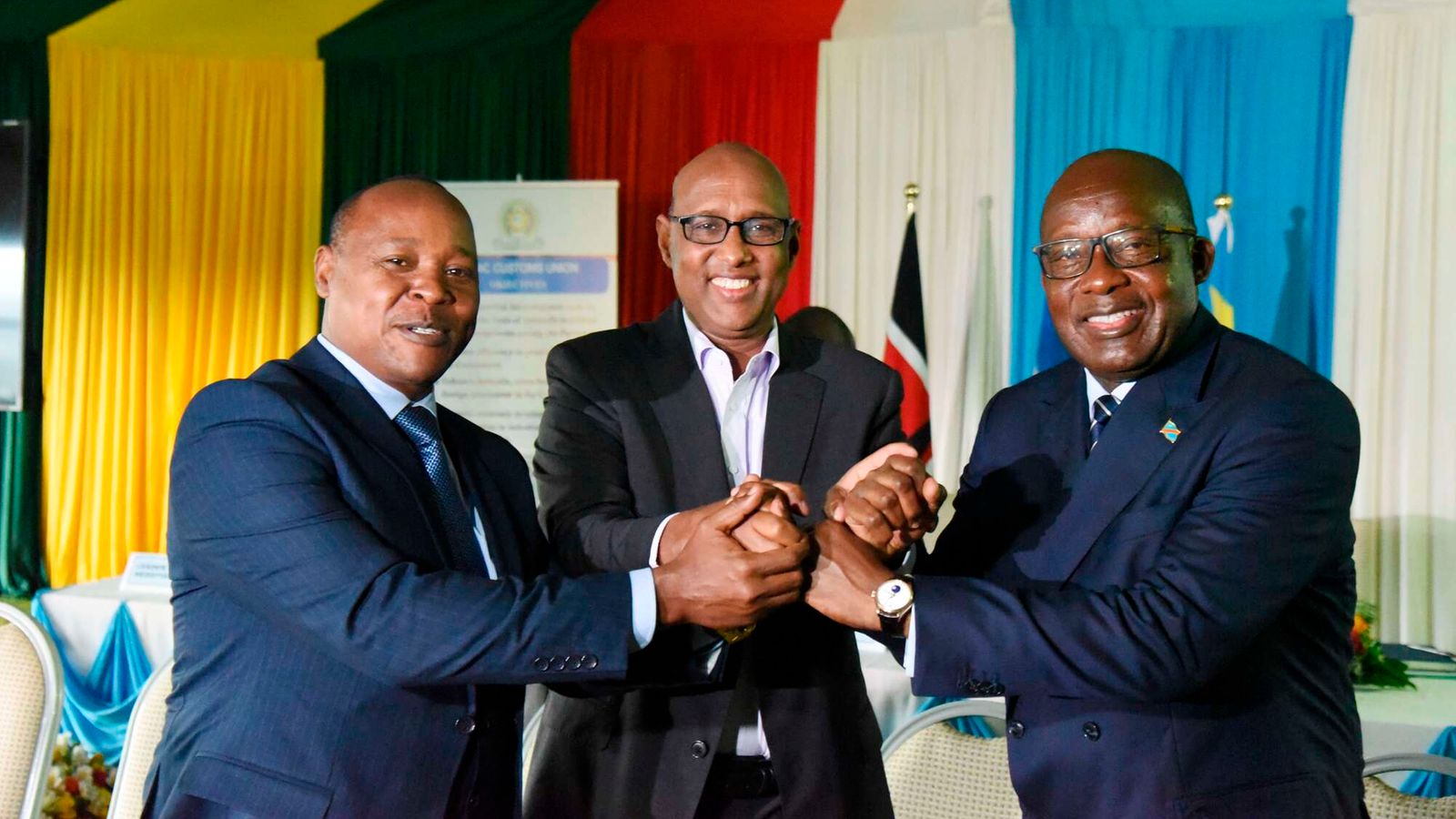 The Democratic Republic of Congo (DRC) has signed a troop deployment deal with the East African community, signalling the imminent formal sending of forces to combat rebels in the east of the country.

President Félix Tshisekedi witnessed the signing of the agreement by Foreign Minister Christophe Lutundula and Peter Mathuki, the secretary-general of the EAC.

Mr Lutundula said “the deployment of this force will be in execution of the political will expressed by all the Heads of State of the community, namely to definitively settle the issue of stability, security and peace in the Great Lakes region within the community”.

Dr Mathuki and Macharia Kamau, Kenya’s special envoy to the Nairobi Process launched by President Uhuru Kenyatta to seek peace in the DRC, have been in Kinshasa as part of the EAC mission to discuss the key priorities for deepening integration and exploiting investment opportunities in the region.

The troop deployment was agreed on in June by the EAC conclave of Kenya, Uganda, Rwanda and the DRC. It was later endorsed by the EAC Summit, indicating an entire agreement of the bloc to support the DRC peace process.

But the actual deployment has been awaiting a formal agreement, which will describe the terms of reference, legal obligations and rights of troops and financial responsibilities of troop contributors. The EAC deal is supposed to be followed by individual member states signing the document before troops are deployed.

Mr Kamau stressed that the security situation in eastern DRC is of great concern. He said the threat requires closer cooperation and collaboration in the region and internationally to eradicate it.

A conclave of East African heads of state held in Nairobi in April decided to create a regional force made up of troops from member countries that would be deployed to the troubled provinces of North Kivu, South Kivu and Ituri to help combat insecurity.

The DRC authorities have ruled out Rwanda’s participation in the force, following accusations of alleged support by the Rwandan army for the Congolese M23 rebels.

The diplomatic mission was also in the DRC to help Kinshasa improve its understanding of the integration pillars and the various governance instruments of the EAC, such as protocols, laws, regulations, policies and strategies, in order to ensure a smooth entry into the community for the DRC.