EAC presidents among 20 others to attend Ruto’s inauguration

EAC presidents among 20 others to attend Ruto’s inauguration 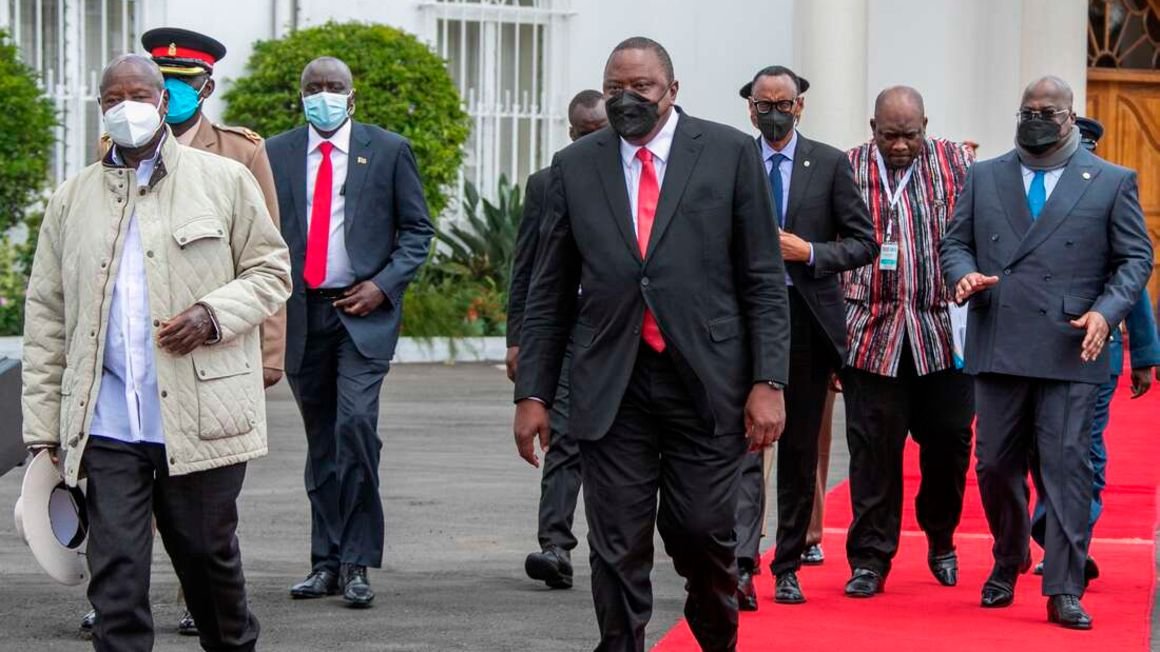 Interior Principal Secretary Karanja Kibicho had told the media on Saturday that 20 heads of state and government had confirmed attending the ceremony where Dr Ruto is to be sworn in and later address a gathering at the Karasani stadium in Nairobi.

Mr Tshisekedi, whose country is the latest entrant in the EAC, had been the last to congratulate Dr Ruto’s election victory, waiting until after the Supreme Court upheld the win to express his readiness to work with the new Kenyan government.

The Congolese leader last week agreed to a regional EAC military force to be deployed in eastern Congo, initially for six months, accepting Nairobi’s brainchild to seek peace in the region. Kenya has agreed to be a troop contributor, and Dr Ruto is expected to continue with his predecessor Uhuru Kenyatta’s policy of regional peace initiatives.

“I intend to scale up the participation of Kenya in many of the areas, especially in our regional peace initiatives,” said Dr Ruto in an interview with CNN’s Christiane Amanpour last Wednesday.

The European Union foreign policy chief Josep Borrell and US Trade Representative Katherine Tai will also be in attendance. Representatives from Kenya’s other allies in Europe and Asia are also expected.

The invites indicate Ruto’s administration is keen on cementing ties in the neighbourhood, much like his predecessors Uhuru Kenyatta and Daniel Moi.

Officials in Nairobi say they invited 40 heads of state and government, mainly from Africa but also from some key allies around the world, such as China, India, Japan, South Korea, European Union member states, the United States and the United Kingdom. The UK, however, is mourning Queen Elizabeth II’s death, and the new government of new Prime Minister Liz Truss is yet to settle.

Dr Ruto will take an oath of office as the fifth President of Kenya alongside his deputy Rigathi Gachagua on Tuesday.

Among his regional challenges is Somalia, which has longstanding security issues and now a looming famine. Dr Ruto promised to work with the new administration of President Hassan Sheikh Mohamud.

“We are looking forward to working with him and with the international community so that we can square out the challenges in Somalia, make it possible for Somalia to take care of its own security concerns,” said Dr Ruto.

He has, however, indicated he would remain neutral in the Russia-Ukraine conflict, saying he will be among those pushing for dialogue to ensure the free flow of grain rather than blame sides. His predecessor Uhuru Kenyatta’s administration initially criticised Russia, but subsequent statements issued at the UN have mostly aligned with the African Union’s call for dialogue and ceasefire.

Dr Ruto’s presidency is a turnaround from a politician accused by his opponents as corrupt. The guests attending could also give him international legitimacy abroad, which his predecessor initially lacked in the first term as he and Dr Ruto, his deputy, fought charges at the International Criminal Court.