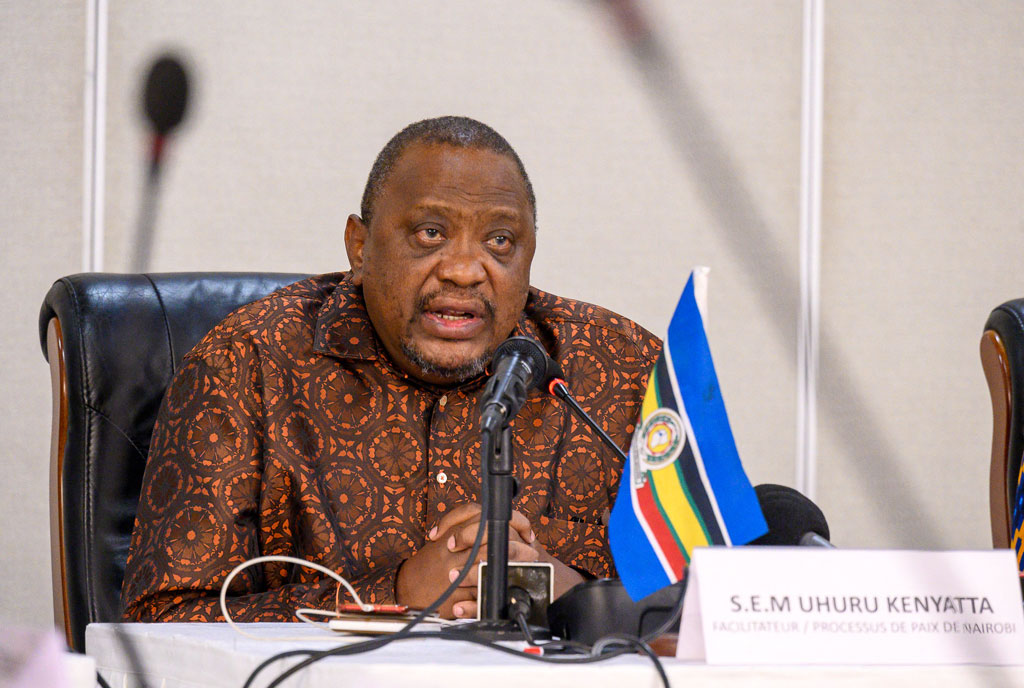 Hundreds of displaced people also began to pour into Goma the same day, the sources said, after seeing troops retreat.

The M23 has recently seized swathes of territory in North Kivu province and is edging towards Goma, an important commercial hub of one million people on the Rwandan border.

The crisis has cratered relations between the DRC and its smaller central African neighbour Rwanda, which Kinshasa accuses of backing the militia.

Uhuru Kenyatta, a mediator for the seven-nation East African Community (EAC), arrived in Goma on Tuesday after visiting Kinshasa for talks with senior government and United Nations figures.

“There is nothing that can be gained through the barrel of a gun,” the ex-president told reporters on Monday.

The previous day, the EAC announced it would hold a round of peace talks aimed at defusing the eastern DRC crisis in Kenya’s capital Nairobi on November 21.

Over 120 armed groups roam eastern Congo, many of which are a legacy of regional wars which flared at the turn of the century.

The M23 — a mostly Congolese Tutsi group — first leapt to prominence in 2012 when it briefly captured Goma before being driven out.

But the group returned in late 2021 after years of dormancy, claiming the DRC had failed to honour a promise to integrate its fighters into the army, among other grievances.

The DRC expelled Rwanda’s ambassador in late October after a string of M23 battlefield victories.

Despite official denials from Kigali, an unpublished report for the UN seen by AFP in August pointed to Rwandan involvement with the M23.

Rwanda accuses the Congolese government of colluding with Hutu militants who fled across the border after the 1994 Rwandan genocide.