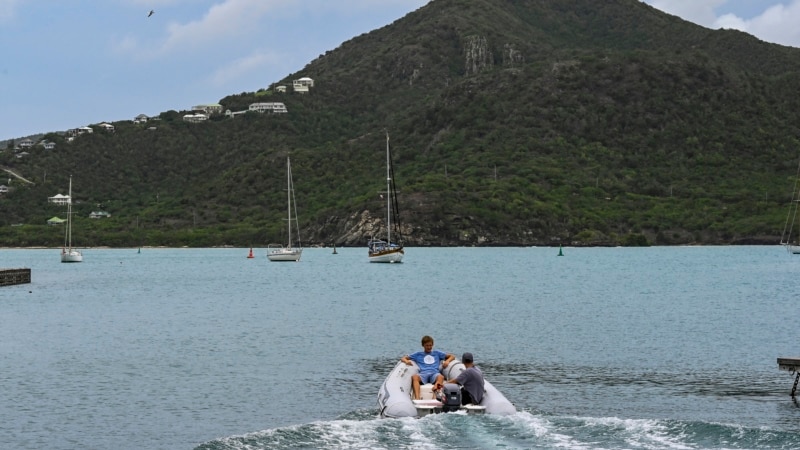 Berlin —
China’s Belt and Road projects in small island nations focus on tourism and infrastructure, but they can involve environmental risks, experts say.
During the COP 27 United Nations climate summit, small island states urged developed nations and big carbon emitters to pay for loss and damage to vulnerable countries, as they are often at the frontlines of climate change impacts.
Large infrastructure projects under China’s Belt and Road Initiative in small island nations might involve more environmental risks, according to Kalim Shah, an assistant professor at the University of Delaware specializing in governance in small island states.
“They [island nations] are very heavily natural resource-bound. There’s very little room for mistakes on these large projects, if you want to avert irreversible environmental impacts,” he said.
China has so far invested $2.72 billion in Pacific Island nations and $10 billion in six Caribbean countries, mainly to build infrastructure projects to boost tourism and energy generation.
Some of these projects, however, sparked controversies.
For instance, a Chinese company, YIDA International, planned to build new beaches and two hotels for tourism on Guiana Island in the northern part of Antigua and Barbuda. This would mean removing the mangroves that are believed to be able to shield the nation from natural disasters, but the project was approved.
Shah said China’s BRI projects do help boost tourism and local economy in small island developing nations, but they also create potential harmful climate impacts.
China has heeded international calls, and issued guidance to promote a green BRI, and formed partnerships to lower carbon emissions for BRI projects.
James Ellsmoor, director of the solar energy NGO Solar Head of State, said implementation of the new green measures will be closely monitored.
“There will need to be some level of accountability out there to make sure that mitigation is incorporated on some level into these infrastructure projects. I’d like to see more climate change adaptation projects to funded as part of BRI because they are critical for small island nations,” he said.
Shah added that small island nations will also need to enforce their environmental regulations more stringently, and he urged more research to be done on the environmental benefits and risks of BRI projects in such countries.
This report is produced with support from Climate Tracker’s COP27 Climate Justice Fellowship.