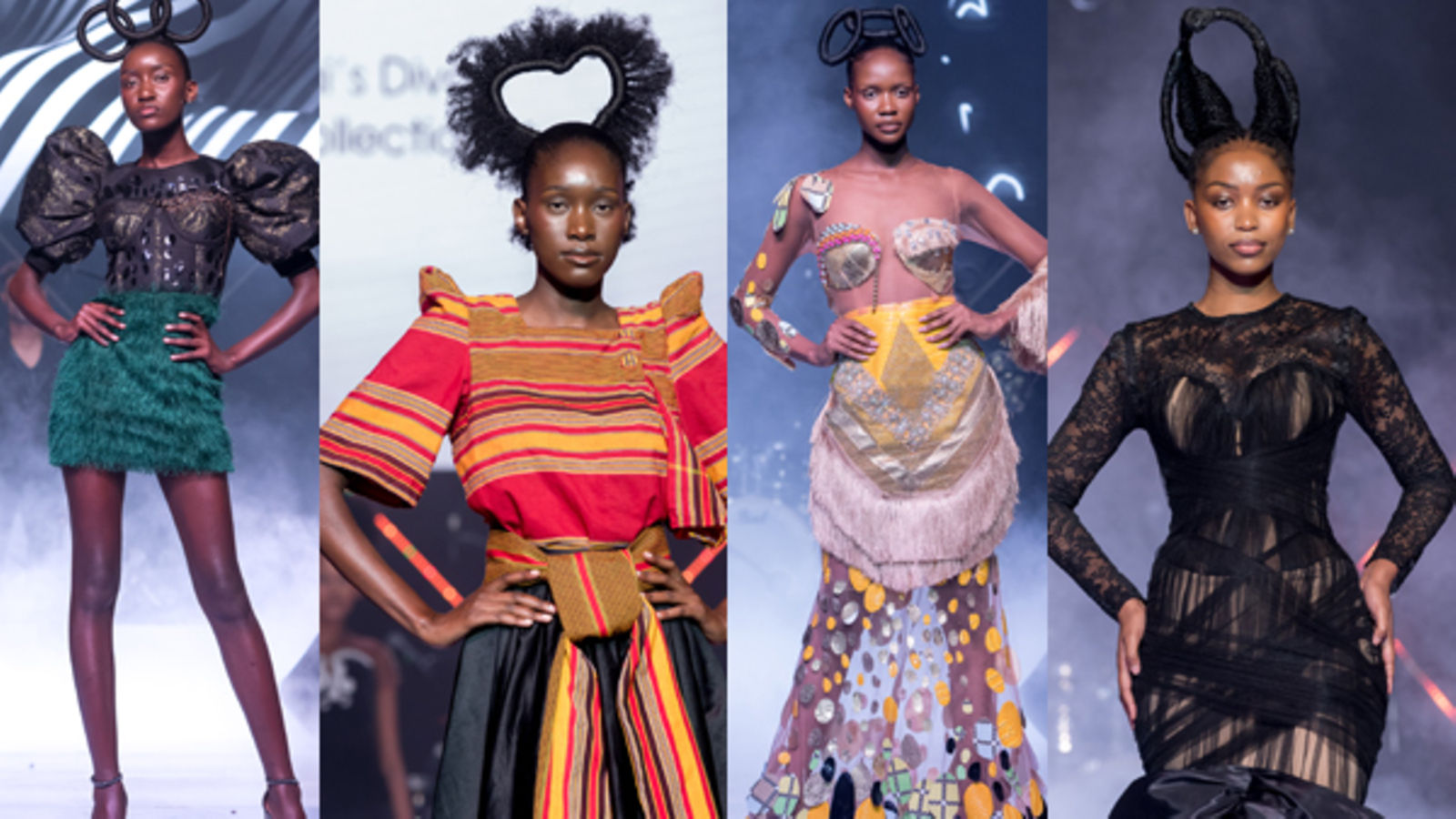 Last weekend, the class of 1990 of Gayaza High School convened for an anniversary celebration at the Kampala Serena Hotel. And as part of the evening’s festivals was a fashion showcase, that was organised in honour of Tooro Kingdom’s Princess Elizabeth Bagaya.

The royal, who is a former supermodel and the first black woman to land a cover on the legendary fashion magazine-Vogue, was part of the congregation, which also doubled as a fundraiser for a new administration block for the school.

Models strutted down the runway in pieces from selected Ugandan designers, clad in pieces that varied from kikooyi-detailed garments to mermaid-detailed gowns, among others. They showcased designer pieces, elaborate hairstyles, by Fezabu Beauty Parlour, which included large heart shapes, triple hoops, and even towers, all weaved in hair.  Here are the highlights.

The designer truly loves kikooyi, which has been a constant feature in his recent work and this collection was no exception. The pieces showcased included gomesis, which were given an interesting twist, complete with a matching sash. He also presented his spin to the black dress, which was accentuated with a kikooyi ruffle sleeve.

The three pieces showcased from the Haute Couture brand included a two-tone shimmery gown that featured a dramatic shoulder detail and a haute couture dress. Fabric manipulation was employed to give it a two-in-one look. She closed this with a green velvet dress that featured a spin to the bow trail. As this detail was moved to the front of the dress, a dressy and statement vibe was made.

A cape is worn over a strapless top, with a kikooyi detail that was accentuated with lace, and a peplum detailed top.  The designer says it was meant to be a replica of the 3D designs revered by Princess Bagaya back in her day. The finishing had strapless midi-length dress, which also highlighted the kikooyi, to ensure consistence throughout the piece.

Designer, Raphael Kasule gave a colourful spin to the mini with his version that included a puffy-sleeved corseted top, styled with an emerald green mini skirt. The showcase also included a tassel-detailed floor-length gown that was complimented with intricate patchwork, that was carefully fitted onto the sheer base of the dress.