Flair, commotion: What you missed at the Catholic shrine

Flair, commotion: What you missed at the Catholic shrine 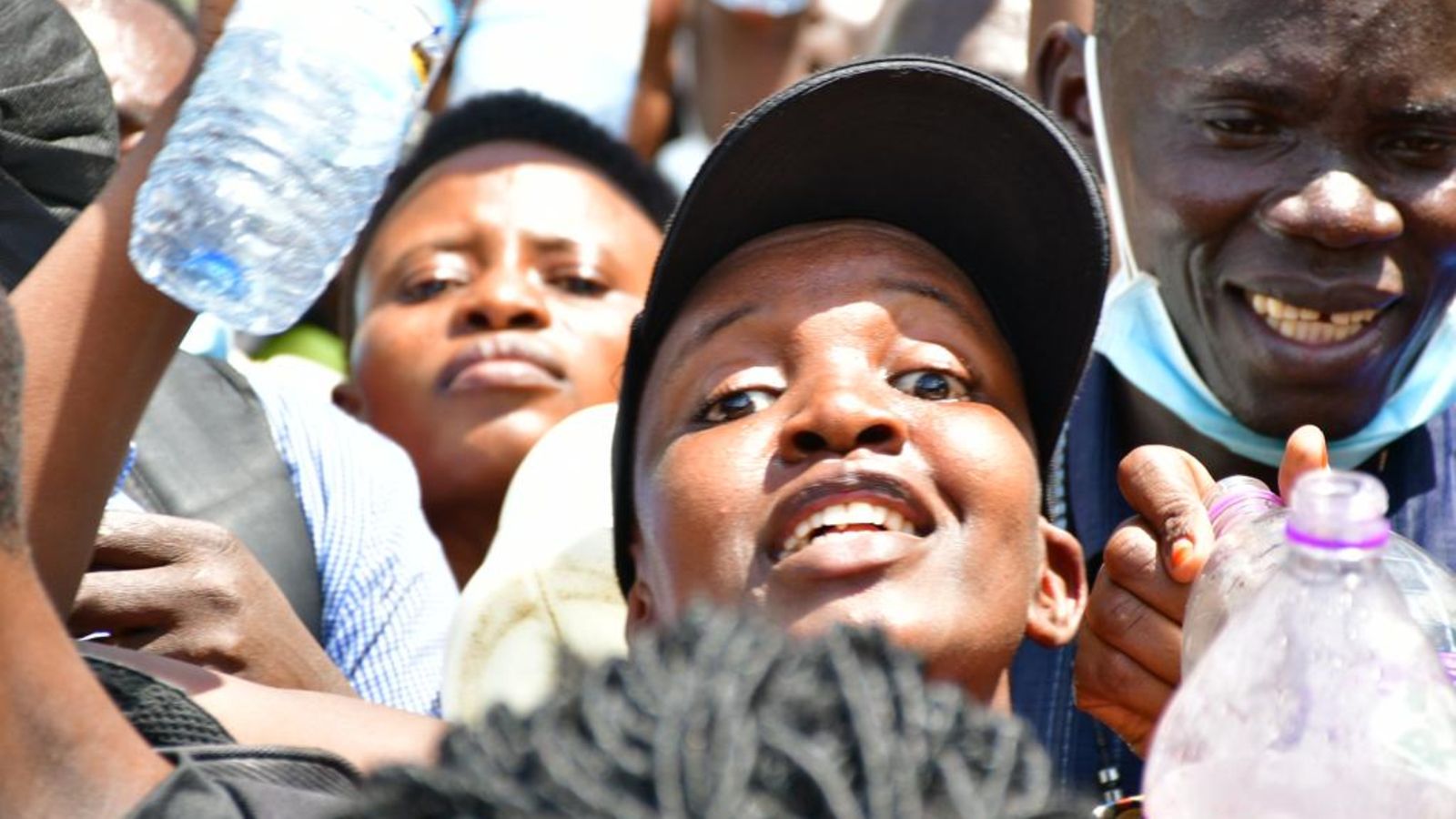 A sudden gust of wind blew into the Namugongo suburb at about 5am yesterday.

As the tree leaves rattled loudly, some of the early birds accelerated their walking pace, while others rode motorcycles (boda bodas) and drove cars briskly to their respective destinations.

Then, a few moments later, a moderate rain started.

Outside the Catholic shrine, the spirits of the pilgrims and other invited guests were not deterred as they continued lining up in queues at entrances during the early-morning hours.

One by one, they were thoroughly checked and screened before entering the shrines.

The security team at the gate kept reminding pilgrims to wear masks and for those who lacked one, there were officials from the Health ministry giving them out some.

Inside was crowded. Some pilgrims sat and others stood on open alleys eagerly waiting for prayers to kick-off.

One had to squeeze past the large number of pilgrims so as to access different points and facilities [including toilets and food stalls] located within the shrines.

Since it was still raining at this point, some pilgrims desperately tried to find shelter inside the shrines. The ones who did not mind getting wet stood on open ground singing, praising and worshipping ahead of the main celebrations.

By 7am, the skies had cleared and the morning sun rays began streaming into the horizon.

Ms Betty Achom, a pilgrim from Tororo District, later told Saturday Monitor that the rain was a sign of God’s blessings for the event.

“God is great. The rain was only a blessing before the main celebrations,” Ms Achom said.

Mass at the Catholic shrine kicked off at about 9.30am, with a procession of priests and bishops majestically walking to the altar in the middle of the Martyrs’ lake. The procession of clergymen was from respective dioceses across the country.

As the procession moved, the choir in the background kept reciting a hymn, mentioning the different names of the Uganda Martyrs, including Kizito Omuto, Denis Ssebugwawo, Jean Marie Muzeeyi, Joseph Mukasa Balikuddembe, and urging them, “to pray for us.”

Fort Portal Diocese, which was selected by the Uganda Episcopal Conference, led the celebrations under the theme “Baptised and sent to witness Christ with love and hope.”

“The Lord is with us as He was with the martyrs. He invites whoever is withered and burdened to go to Him,” Bishop Muhiirwa said.

Throughout the Mass, the choir kept the congregation entertained with heavenly songs of praise and worship.

Also present were ministers, MPs, and other dignitaries from other countries.

Their intention was to collect the water and leave the shrine immediately since Mass had ended, leaving only speeches pending. The “holy water” at the shrine is provided for through taps.

“Please, allow me to get water, officer. Please. I want to go and get a bus back home early,” one female pilgrim was heard begging one of the police officers.

The police team had stepped in to control the crowd by pushing the pilgrims back from the water access points.

Ms Nabbanja was left with no option but to continue reading the speech amidst the noisy background. When Mass ended at about 2pm after the final blessing, the pilgrims were then allowed to fetch the water. Others opted to rush to the exit gates to embark on their return journeys home.

This year’s celebrations returned following a two-year hiatus caused by the Covid-19 pandemic.