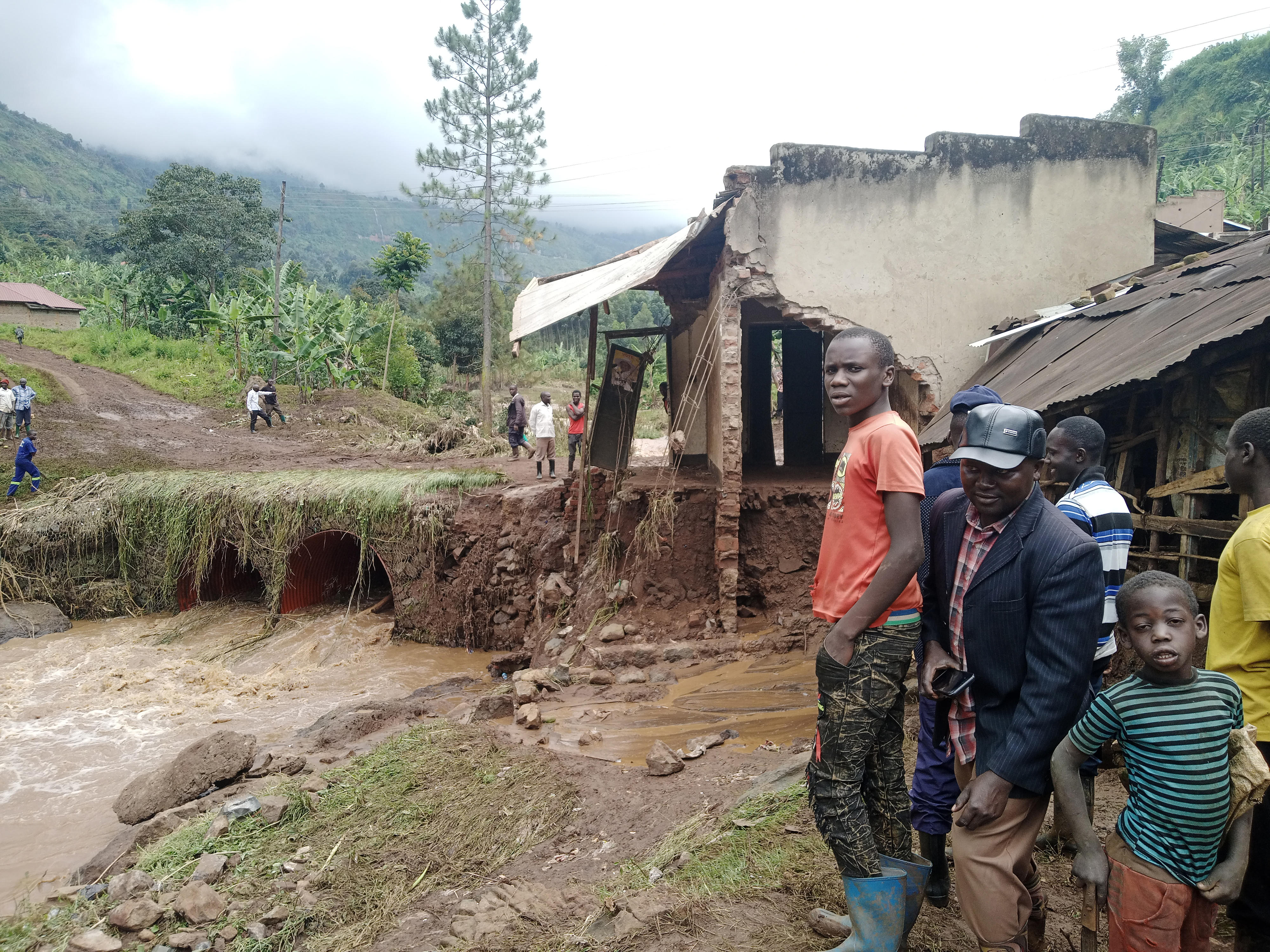 One person has been killed and several others injured after floods triggered by a downpour ravaged Bulambuli District in Bugisu Sub-region.

“He had gone to collect grass for his animals and was hit by a landslide,” Mr Bayole said.

The rain, which lasted for hours on Sunday, forced River Simu to burst its banks, washing away bridges and roads in Bulunganya, Bulago, Bumasobo, Simu,  Nabitulu, and Sooti Sub-counties and Buyaga Town Council.

The affected bridges include Didimwa, which connects Mabugu Centre to Mabugu Primary School and Masaka Nursery and Primary School.

Schools, health centres and markets in the affected sub-counties are  now inaccessible.

The floods displaced about 100 families and destroyed property worth millions of shillings.

At Zema Trading Centre in Bulunganya Sub-county, several shops and merchandise were destroyed.

“We are currently in a mess and we don’t know where to start from. Our people are now homeless and we are asking the government for a quick response,” Mr Nangayi said.

“The school is now inaccessible because most of the bridges that connect to the school have been destroyed,” he said.

Mr Wilson Wolimbwa, a businessman in Zema Trading Centre in Bulunganya Sub-county, said the floods destroyed all his merchandise.

“My newly-stocked hardware worth more than Shs20 million and other merchandise in a grocery shop have been washed away. The government should compensate us,” he said.

“Schoolgoing children are stranded and the sick cannot access health centre. Traders too cannot access markets,” he said. Local leaders have asked the government to quickly come to the rescue of the affected families .

Ms Annet Nandudu, the chairperson of Bulambuli District, said they are not able to handle the disaster.

“That is why we are calling upon the Disaster ministry,’’ she said.

In August, floods killed 29 people and about 1,500 others were displaced in Bugisu Sub-region after rivers Nabuyonga, Namatala, Nabuyoga, and Nashibiso burst their banks.

Environmental experts have blamed the disasters on environmental degradation coupled with the effects of climate change.