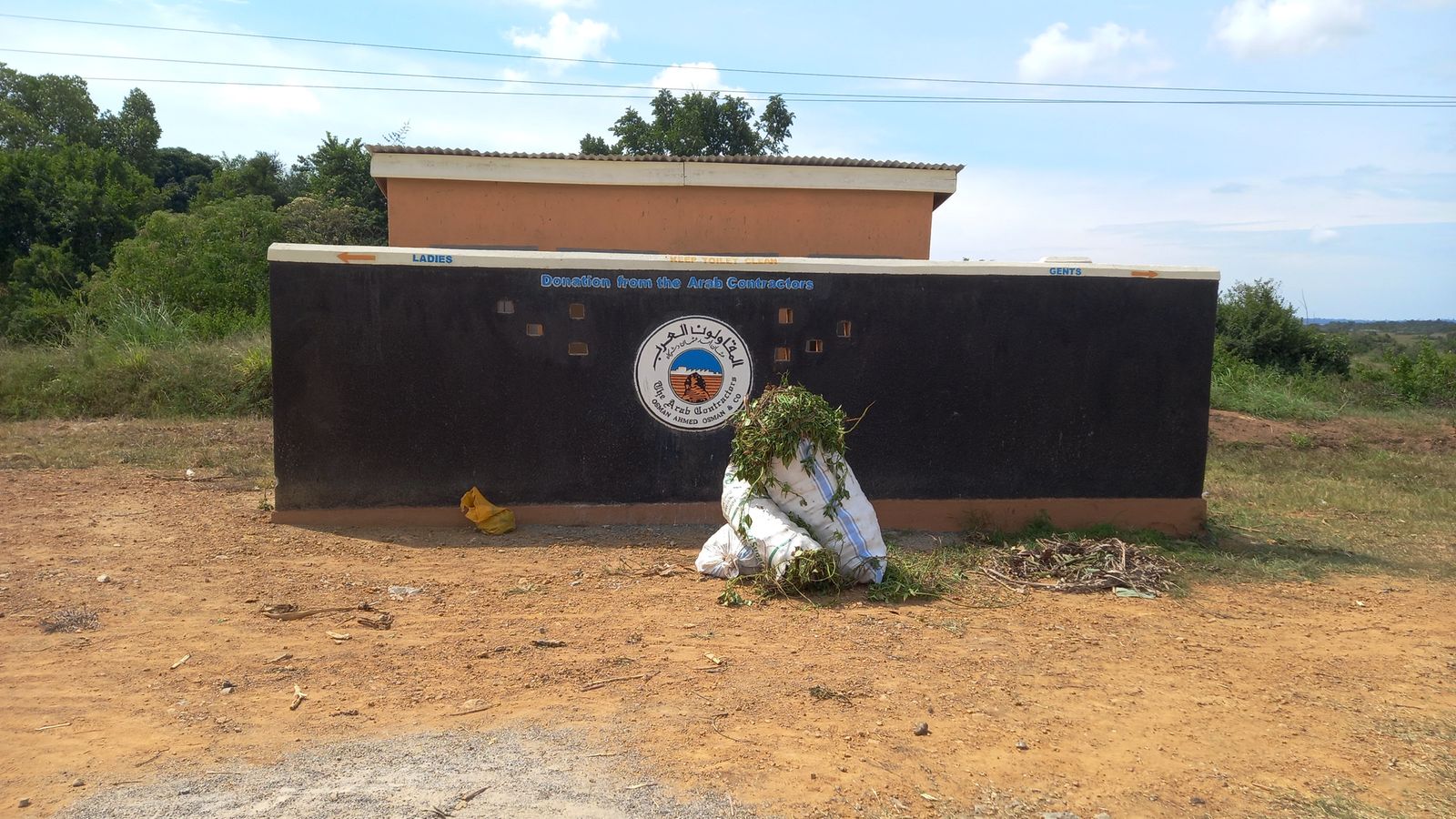 It is a common practice for motorists and pedestrians to take advantage of nearby bushes to answer nature’s call.

However, the vice seems to be fading among users of the newly constructed Nyendo-Bukakkata Road where new public toilets have been erected.

The new 41km road, which stretches from Nyendo, a Masaka city suburb to Bukakkata and Lambu landing sites on the shores of Lake Victoria, connects Masaka mainland to 84 islands that make up  Kalangala District.

Mr Aloysius Jjuko, the chairperson of Bukakkata Sub-county, says: “We are excited about those toilets, they have eased the life of travellers as well as improved the hygiene of the community  along the road.”

He adds: “We currently have some volunteers who are ensuring cleanliness at four of the six toilets and the sub-county leadership is liaising with the district leadership and village councils to come up with substantive committees to take care of all the toilets.”

Mr Isaac Kivumbi, the chairperson of Mazinga Village, says they are considering introducing affordable charges, adding that the proceeds would go to maintaining the facilities.

“It may become difficult in future to manage those toilets without any money collected. If those using them can agree to pay some little money, it will be easier for the management committee to provide water and soap for those who visit the toilets,” he says.

Mr Kenneth Bagonda, a farmer, who grazes his cattle on Nyendo-Bukakkata Road, says due to open defecation, he has been deworming his cattle every after three months.

“We stopped grazing on the part of the farm adjacent the road because of open defecation, which is dangerous for both cattle and human beings,” he says.

Mr John Rodger Mutebi , a resident of Bukibonga Village in Bukakkata Sub-County, says residents have also benefitted from the facilities.

“Some of us are frequently using the new toilets because we lack enough lavatory facilities at Bukakkata and Lambu landing sites and even the existing ones, owners are charging exorbitant fees,” he says

In 2019, government through Uganda National Roads Authority (Unra) and Ministry of Water and Environment unveiled plans to construct public toilets on highways, but this initiative is yet to be rolled out.

Mr Allan Ssempebwa,  the media  relations manager at Unra, said they are working closely with the Ministry of Water and Environment to set up free toilets on major highways .

“We have already completed feasibility studies for the project. Our plan is to have at least a clean and well maintained lavatory facility at every after 100 kilometres on major highways,” he says.

According to United Nations Children’s Emergency Fund (Unicef), poor sanitation, including open defecation, leads to the spread of preventable diseases such as cholera, typhoid, diarrhoea.

The World Bank in a 2012 report titled, Economic Impact of Poor Sanitation in Africa, indicates that poor sanitation costs Uganda Shs389 billion each year or 1.1 percent of the national Gross Domestic Product (GDP).