Freedom of expression on decline in Africa – new report

Freedom of expression on decline in Africa – new report 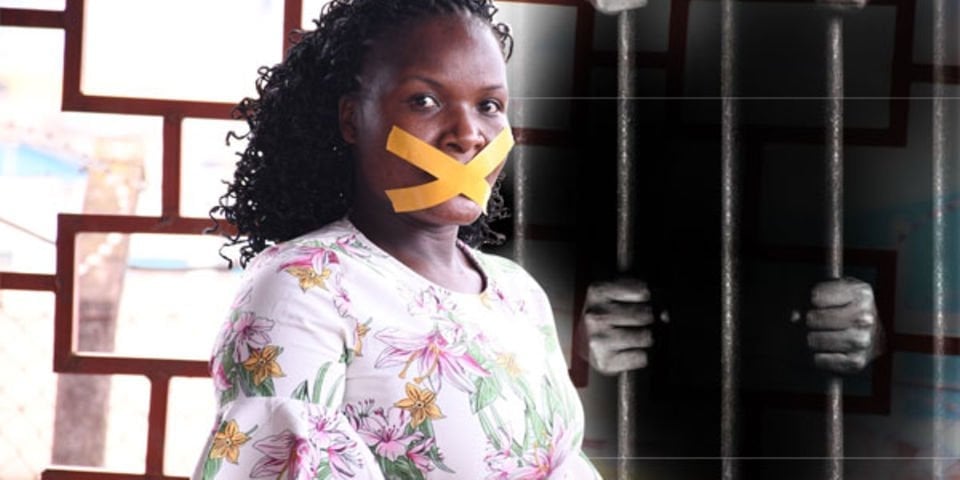 President Museveni’s move to sign the Computer Misuse amendment law which has been castigated for having a litany of provisions that imperil freedom of speech has been challenged by activists in the Constitutional Court but a new study shows that for a number of years, countries across Africa have methodically crafted criminal laws to prosecute and punish aspects of journalistic practices.In its latest report titled The state of media freedom and safety of journalists in Africa, the Collaboration on International ICT Policy for East and Southern Africa (CIPESA), argues that besides Uganda a number of other African countries such as Benin, Burkina Faso, Côte d’Ivoire, Ethiopia, Kenya, Malawi, Niger, Nigeria and Senegal, among others, have introduced laws which are littered with provisions that criminalise the publication of false news and communication considered offensive, as well as the requirement for journalists to reveal their sources of information.

“Freedom of expression and the safety of journalists have been on the decline in numerous countries on the continent. Whereas there have been some gains over the past few years in terms of media development, emergence of media houses (most especially online media), and freedom of expression in general, journalists and media houses continue to face mounting challenges in relation to their work. Moreover, while attacks on journalists are growing in several countries, the perpetrators, who often include security agents and other state officials, are rarely held accountable for their actions,” says CIPESA, a civil society organisation that works to promote effective and inclusive ICT policy and practice for improved governance, livelihoods, and human rights in Africa.“For many countries it has been a case of one step forward and a subsequent step backwards. Progress has been made with some governments introducing explicit legal provisions and constitutions protecting freedom of expression and freedom of the media. More laws have been enacted on access to information, data protection and, in a number of countries, on the protection of sources. Further, in many countries custodial sentences for press offences have been abolished over the last decade.”

In May 2015, the report says that Nigeria introduced the Cybercrimes (Prohibition, Prevention etc) Act that provides a framework for the prohibition, prevention, prosecution, and investigation of cybercrimes.  Issues arise with Section 24 of the act which penalises “cyberstalking” and online publication of messages that one “knows to be false, for the purpose of causing annoyance, inconvenience, danger, obstruction, insult, injury, criminal intimidation, enmity, hatred, ill will or needless anxiety to another.”  “This offence is punishable by a fine of not more than seven million naira ($16,867) or imprisonment for a term of not more than three years or both. Unfortunately, this provision has been used to arrest several bloggers and online journalists on charges of “cyberstalking” stemming from articles critical of the government, “CIPESA’s report says and adds that   under section 59 of Nigeria’s Criminal Code Act, it is an offence for any person to publish or reproduce any statement, rumour or report that is likely to cause fear and alarm to the public or to disturb the public peace, knowing or having reason to believe that such statement, rumour, or report is false with the  penalty upon conviction being  imprisonment for three years. Rwanda, Uganda’s south western neighbour passed a law on the Prevention and Punishment of Cyber Crimes in 2018.

Under the law, article 39 prohibits the publication of “rumours” that “may incite fear, insurrection or violence amongst the population or that may make a person lose their credibility”.  “The offence is punishable by up to five years in prison and a fine of up to three million Rwandan Francs ($ 2,932),” the 58 paged report says.   Rwanda’s southern neighbour, Burundi, Cipesa says the media regulator, le Conseil National de la Communication (CNC), for the second time suspended the online commentary column of the Iwacu newspaper for three months in April 2018.  “…. Iwacu journalists were released from prison in December 2020 by way of a presidential pardon after serving 14 months of a two-and-a-half-year jail sentence for “complicity in undermining state safety,” the report reads.

In May 2018, Kenya, which is East Africa’s largest economy adopted the Computer Misuse and Cybercrimes Act, 2018, which introduced offences such as false publications, publication of false information, cyber harassment, and unauthorised interference and unauthorised interception, CIPESA‘s reports.  The law triggered a suit filed by The Bloggers Association of Kenya (BAKE) and the Kenya Union of Journalists (KUJ) who asked the High Court to declare 26 sections of the Act unconstitutional. They didn’t have their way since the High Court in February 2020, ruled that the impugned provisions were constitutional.  “BAKE has appealed the 2020 High Court decision and the case is still under consideration before the Court of Appeal. Bloggers and activists such as Edgar Obare and Mutemi wa Kiama are among those who have been arraigned in court over violation of this law,” the report says.

In Tanzania, the report says that Section 16 of the Cybercrime Act, 2015 makes it an offence to publish information, data or facts presented in a picture, text, symbol, or any other form in a computer system, where such information, data or fact is false, deceptive, misleading, or inaccurate.  Just like in Kenya, according to the report, the law came under legal scrutiny from the political opposition, national and international human rights groups but the results were the same: it was dismissed.    “Chief Justice, Mohammed Chande Othman, defended the law in a speech saying that it was enacted in good faith to safeguard the right to privacy of Tanzanians,” the report says concluding that the law has over the years been abused by state authorities.

In Democratic Republic of Congo, a new member of the East African Community, the report says publishing information relating to the situation of soldiers could be considered incitement of members of the armed forces and law enforcement agencies to divert them from their duties while in Somalia which has applied to join the economic bloc things are looking gloomy as the Penal Code contains provisions which criminalise various forms of expression.  According to the report the Somali penal code specifies various offences such as “defamation”, “offending the honour and prestige of the head of state”, “the publication or dissemination of false, exaggerated or tendentious news”, and “insulting public officers or institution”.

“Provisions on these offences can be manipulated to suppress press freedom, thereby preventing media and journalists from doing their work. The provisions also threaten the personal freedom of citizens,” the reports say. “most of these offences attract considerable penalties, including sentences of up to three years in prison.”In Burkina Faso – which has been bedevilled with political instability – with its military leader Paul-Henri Damiba ousted in the West African country’s second coup in a year, as army Captain Ibrahim Traore took charge, dissolving the constitution- the CIPESA says   an amendment to the penal code criminalises the dissemination of information on military operations or terrorism.